Although cannabis may have some benefits for brain health, it is also important to consider the potential drawbacks of using cannabis while studying. Some students might find that certain strains help them focus better, but it is important to understand all of the risks and rewards before making any decisions.

Benefits of Using Cannabis for Studying

These benefits are possible when using cannabis for studying, although not everyone experiences them.

Energy surges after consuming or smoking cannabis are not uncommon. You could potentially feel invigorated enough to run a marathon. Strains that are majority sativa, like Green Crack (a.k.a Green Crush, Mango Crack,) and Super Silver Haze (SSH) supposedly have the most stimulating effects while strains with more indica dominant properties like White Tahoe Cookies and Wedding Cake claimed to be more sedating.

The particular effects of a souche are not determined by its sativa or indica label, but by the cannabinoid and terpene content measured in that strain at the time. A variety lower in myrcene and higher in limonene may be more stimulating, whereas a variety high in myrcene combined with relaxing terpenes like linalool and humulene may be more sedative.

Different people have different reactions to CBD products; some feel more focused while others may feel tired, especially when taking higher doses. In fact, CBD is often used as a natural sleep aid.

According to Fresh Toast, a marijuana news and lifestyle site, the use of marijuana while studying has generated a lot of word-of-mouth enthusiasm. A September 2020 article titled “Can Marijuana Help You Study?” suggests that cannabis might assist with focus, triggering ideas and deepening conversations.

Contrary to what you might expect, not every cannabis strain will have the same effect on everyone. In fact, some people may experience negative effects after using certain strains.

Some people use cannabis to relax and destress. However, if you find that using cannabis generally makes you tired, then it might not be the best idea to use it during a study session. Indica strains are usually considered calming and relaxing, but some people may even fall asleep after using them.

In “The Effects of Marijuana on Your Memory,” a service piece from Harvard Health Publishing of Harvard Medical School, the negative impact cannabis has on learning is examined. Harvard Medical School asserts that there’s no question that “marijuana can produce short-term problems with thinking, working memory, executive function, and physical actions that require conscious thought.”

Harvard Medical researchers discovered that cannabis disrupts thought processes and memory, which can lead to poorer grades in school. Cannabis contains THC, the main psychoactive chemical released by the plant, which supposedly decreases short-term memory by attaching to cannabinoid receptors in sections of the brain–including the hippocampus, amygdala and cerebral cortex–that are responsible for retaining immediate thoughts and experiences. 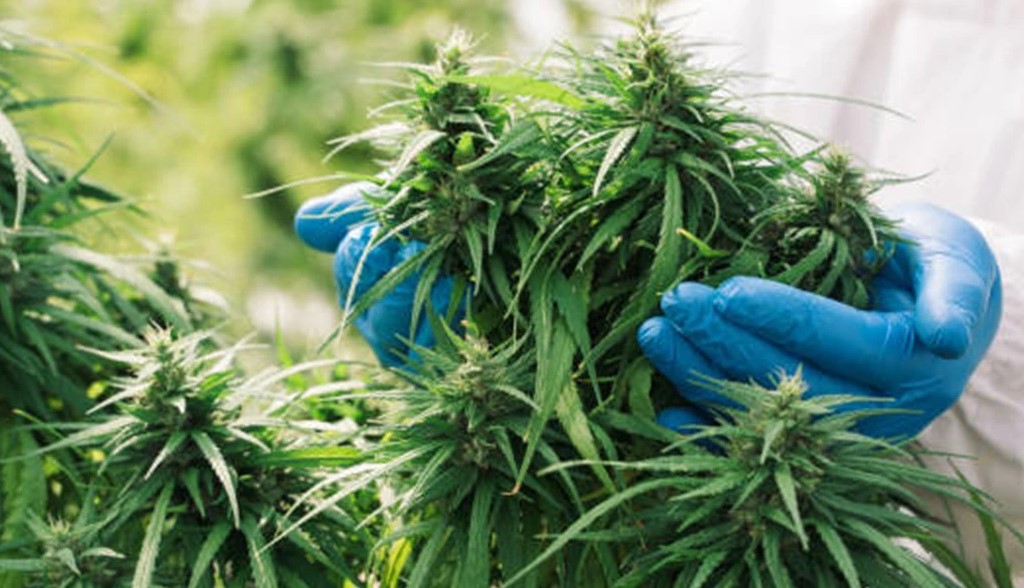 Some people report that high-THC strains can cause anxiety and even paranoia, making it difficult to stay still and complete a task. Furthermore, after consuming THC-rich edibles, some people note a racing heart which also causes agitation and fidgeting.

How to Pick the Right Cannabis for Studying

The key to achieving better educational outcomes while taking therapeutic cannabis products is consuming less THC and more CBD, according to a 2019 study. The Lancet Child and Adolescent Health found that using THC-dominant cannabis negatively impacts short-term memory, as observed by nonprofit media network The Conversation.

The “Impact of Cannabidiol on the Acute Memory” study, done by the Clinical Psychopharmacology Unit at University College London and published by the National Library of Medicine, observed 134 cannabis users seven days apart to see if there would be any changes in their short-term memory performance. The participants were tested once while under acute marijuana influence and another time when they were not intoxicated.

In 2010, the researchers found that “participants smoking cannabis high in cannabidiol (CBD) showed no memory impairment,” even when THC levels were increased. This was based on analyzing samples of cannabis and saliva collected from each participant.

The Journal of Psychopharmacology published a study in August 2020 that showed participants who took 600 mg of CBD edibles had increased blood flow to the hippocampus (as well as other regions in the brain associated with short-term memory). The participants’ memory functions were put to the test by making them count backwards and forwards by random amounts, along with doing prose recall exercises.

When a medical marijuana patient does decide to pursue scholastic or self-taught activities while undergoing medical cannabis therapies, it is important to consult a physician to determine the most effective medical cannabis products for your unique endocannabinoid system.

Some people may study better while under the influence of cannabis, although others might achieve more without the psychoactive plant. THC levels play a big role in whether cannabis aids or hinders studying; generally, higher THC amounts will lead to the latter.

Is it hard to study high?

Being high on marijuana can have different effects on people. For some, they may feel sleepy and “zoned out” which would make it difficult to study after consuming cannabis. While for others, being high could energize and motivate them instead; in this case,consuming cannabis while studying could actually help. This all depends very much the person’s reaction to different varieties of cannabis .

Can you focus while high?

Some people report that they are able to focus better after using cannabis strains high in CBD and low in THC, but there is no scientific evidence to support this claim.

Can being high help me study?

Some studies have found that being high may actually help improve brain function. The Journal of Pharmacopuncture and Molecules published two separate reports indicating that cannabis could potentially be used to prevent neurodegenerative diseases, like Alzheimer’s or epilepsy, which impact memory and other cognitive functions.