The ever-growing medical marijuana industry has set a new record in the number of states now allowing patients to use pot for health purposes, following a recent NIH study. The study found that cannabis could help with analgesic, anti-inflammatory and antispasmodic properties and called on the government to allow scientists to research these further.

A new danger to medical herbe has come about, but it’s not who you may think. It’s actually pesticide-ridden pot that is being sold in dispensaries everywhere. Is your personal stash safeguarded? And what can be done so that those using cannabis for medicinal purposes don’t end up consuming tainted weed?

Contaminated cannabis is a growing problem

Lately, medical marijuana has been gaining a lot of traction. For instance, a meta-study recently concluded that cannabis is, indeed, medicine. This study was funded by both the government and private scientific institutions. Even Donald Trump has changed his tune and now says that he supports the medicinal use of pot “a 100 percent.” Nearly every day, new stories and studies are revealing more health benefits of weed. 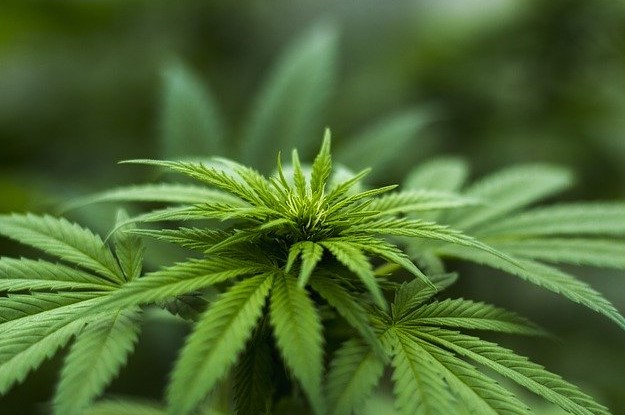 Although we’ve seen many positive changes lately, some unfortunately not-so-positive news has made its way to the headlines. A fungus is reportedly to blame for at least one cancer patient’s death after consuming medical marijuana contaminated by the said fungus. In addition, weed supplies allegedly containing hazardous pesticide residue have got many consumers and health advocates worried.

Michael Keller, CEO of Steep Hill – a company that tests cannabis – explains the dangers Levels of pesticide exposure that could come from smoking weed. He says, “People who believe all cannabis is safe are wrong. If you smoke contaminated pot, you could be exposing yourself to deadly chemicals.”

How extensive is the problem?

Many cannabis users are unaware of the growing problem of contaminated products. Steep Hill lab tested 84 percent of available medical marijuana in California and found that it contains significant amounts of pesticides.

Pesticide residue on cannabis is not only dangerous, but it has the potential to be deadly. Myclobutanil, for example, is a fungicide that is used on many fruits and vegetables – however, when heated this chemical turns into hydrogen cyanide. For those who are unaware

Don Land, a professor of chemistry at UC, stated that hydrogen cyanide is “very toxic” and anyone who smokes or vapes pot contaminated with pesticides could “immediately become ill.”

Todd Gullion, a medical marijuana patient in California who vaped cannabis oil to treat back pain, is an example of someone for whom this method worked. Vaporizers are growing more popular as a way to consume marijuana. Like e-cigarettes, they use disposable cartridges filled with a liquid based on cannabis; these are heated in a device that resembles a pen so the user can inhale vapor without combusting plant material. Gullion used vape oil cartridges from Bhang, which advertises its products as pesticide-free.”

Gullion Never imagined that vaping marijuana would be dangerous- let alone Sending him to the emergency room. As he recalled his experience, “my hands go numb, my arms go numb, my feet go numb. I feel like I was poisoned.” His vape oil cartridges, unfortunately, contained high levels of pesticides such as Myclobutanil; in fact, they had 355 times the amount some states deem legal.

Pesticides on pot are a serious health hazard, according to toxicologists. As Jeff Raber, former USC chemistry professor said, smoking or vaping contaminated weed is akin to injecting the pesticide into your bloodstream which could damage vital organs such as the kidneys and liver. 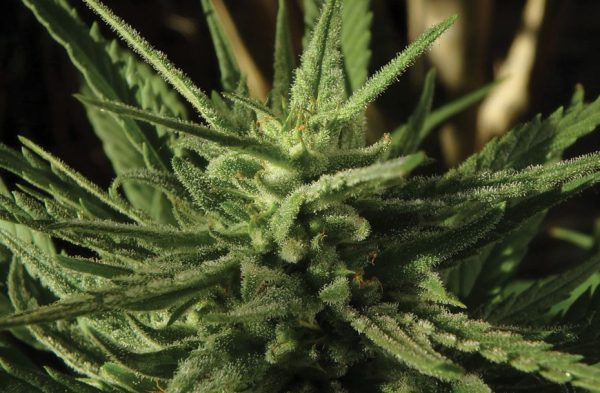 Does your weed contain pesticides?

Non-organic pesticides in your cannabis? It all depends on where you’re from and how you get your weed. states like California or Colorado, for example, use quite a bit of pesticide in their grows. Whereas Massachusetts has banned the use of non-organic pesticides altogether. However, other retail states have strict limits set such as Oregon, Nevada and Washington.

Furthermore, both Colorado and California have frequently been troubled by stories of cannabis contaminated with pesticides. In an attempt to address this problem, California anticipates having security standards related to pot in place by 2018. According to Lori Ajax, Head of California’s Bureau of Medical Cannabis Regulation, beginning at some point next year,”All cannabis will need be tested before it is given to the dispensary for sale.”

Due to the lack of FDA-safety regulations for cannabis on a federal level, it is up to individual states where medical and recreational marijuana has been legalized to pass their own laws concerning pesticide levels. As more states begin changing their stance towards cannabis, consumers will need put pressure on state representatives via voting or other means to ensure that only organic pesticides are used in pot production.

Bought from a dispensary or store, one would presume that marijuana is safer thanwhat’s bought on the black market. Nevertheless, until Congress finishes the federal prohibition on marijuana, consumers won’t have FDA regulations for protection— something that would better serve the public. It looks like it’s time to put pressure on political leaders in Washington to legalise and regulate weed: this actionwill go far in preserving cannabis products’ safety..

What can you do to keep safe?

Did you know that by growing your own plants, you can avoid harmful pesticides?

Here are four steps you can take to reduce the risks that come with consuming cannabis contaminated with pesticides. Most of the dangers associated with smoking pesticides come from inhaling them. By cooking with cannabis instead of vaping or smoking, your body will be able to filter out most toxins.

Secondly, you can send your pot to be tested in a cannabis lab. This will let you know if there are any harmful residues present. Thirdly, Dr. Jeff Raber says that using bongs with water chambers and cotton filters can significantly reduce the amount of pesticide inhaled through smoke. Finally, if it’s legal where you live, maybe consider growing your own cannabis. Organically grown weed is normally healthier overall.

Pesticides on pot are posing a serious problem. However, by taking proper precautions, you can avoid them altogether.