With medical marijuana now permitted in 33 states and Washington, DC, it’s clear that there is a lot of excitement about its therapeutic value. Marijuana is being investigated as a therapy for a variety of health problems and illnesses, including Parkinson’s disease (PD), which is near the top of the list. However, despite numerous clinical trials, it has not been proved that cannabis may benefit persons with PD directly.

Parkinson’s Disease: What Is It? 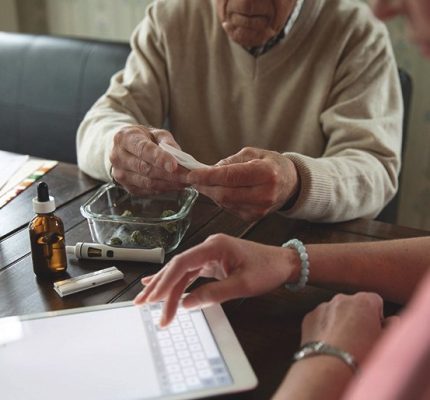 Parkinson’s disease (PD) is a progressive neurological illness that affects movement and motor control. The first noticeable symptom is usually a mild tremor in one hand (asymmetric resting tremor).

According to the Parkinson’s Foundation, approximately 10 million individuals suffer from Parkinson’s disease worldwide. It predicted that 930,000 people in the United States have it today. This is more than the sum of those who have ALS, muscular dystrophy, and multiple sclerosis. The situation may deteriorate even further by 2030 when 1.2 million Americans are diagnosed with PD (PD) Every year in the United States, around 60,000 people are identified with Parkinson’s disease (PD).

Every year, approximately 60,000 Americans are diagnosed with Parkinson’s disease (PD).

The total direct and indirect expenses of the condition are over $900 million each week in the United States alone. These expenditures include treatment, lost income, and social security benefits. The cost of medication is around $2,500 per year, while surgery may cost anywhere from $100,000 to $200,000.

Men are 50% more likely to get Parkinson’s disease than women. However, 4% of people are diagnosed with it before they reach the age of 50. PD is not deadly, but it can have a significant negative impact on quality of life even when treated appropriately.

The Pharmacology of Cannabis

Marijuana contains more than 100 neuroactive chemicals that bind to two types of cannabinoid receptors, type 1 (CB1) found in the brain and type 2 (CB2) located in the brain and peripheral immune system. Cannabinoids have significant, long-term effects on these receptors, although no one is sure how. People with Parkinson’s disease have fewer CB1 receptors than people who do not have the disease. CBD can improve tremor severity and dyskinesia by increasing CB1 receptors through an agonist, such as marijuana. Similarly, the CB2 receptor is also being researched to see if it may modulate the disease or provide neuroprotective advantages. However, because there is so much contradictory evidence on the efficiency of cannabinoids and these receptors, a single theory does not yet exist for either receptor.

Cannabis studies are difficult due to the many types of cannabinoid agonists and antagonists present in different marijuana plants. When researchers examine the effects of a drug, dosages are kept constant and often set at a certain number of milligrams. The amount given during medical marijuana research varies considerably depending on the plant and mode of administration.

Cannabinoids have been investigated for their ability to assist with neurological and non-neurological diseases. There is a lot of medical marijuana literature. Marijuana’s effectiveness as a PD treatment hasn’t been proven in studies. Although no clinical trials of cannabis as a PD therapy were done using the gold standard of a double blind, placebo controlled trial design, some research had only five participants.

While certain studies have proven beneficial, the long-term effects of medical marijuana are probably not well understood, which is why more research, especially large studies with a larger sample size, are required. Most doctors regard study findings as invalid because they do not meet minimal scientific criteria.

The purpose of many of these studies is to evaluate the efficacy of cannabis-based medicines. Here are a few PD-related medical marijuana research that have been done to assess the use of cannabinoids:

Risks and Benefits for People with PD

Medical Marijuana and Legislation by State

Marijuana-based goods are available in 35 states and Washington, DC, thanks to legislation enacted by state governments.

In certain areas where medical marijuana is permitted, people must register to have and utilize it. Other states demand that patients obtain a certification from a doctor stating that they have a legitimate condition. Doctors are prohibited by federal law from prescribing cannabis, although several states allow them to give certifications allowing patients to get medical marijuana.

Marijuana is now legal in fifteen states, allowing adults above the age of 21 to legally use it without a doctor’s prescription. Many of these states still separate recreational from medical marijuana. In certain locations, medical marijuana users may have access to specialized dispensaries, specific strains of cannabis, and sales tax discounts.

There are currently 13 states, counties, or cities that have decriminalized certain marijuana-related crimes. In these locations, possessing marijuana may be treated as a citation — avoiding an arrest or a criminal record — or not penalized at all.

The Parkinson’s Foundation collaborated with Northwestern University researchers to examine public opinions about cannabis at 40 Centers of Excellence. This is the first research to evaluate expert PD doctors’ attitudes toward cannabis usage, according to our knowledge.

The findings were fascinating: most experts acknowledged what cannabis did, but they disagreed on the specifics. While there is no agreement among Parkinson’s specialists on what the advantages of cannabis may be for those with PD, the poll verified that it is a popular topic among neurologists who say 95 percent of patients have requested them to prescribe it. 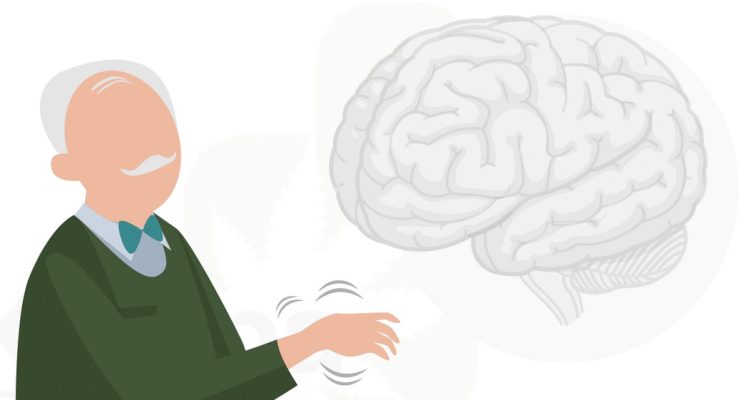 According to the research, if medical cannabis was legalized via regulation rather than legislation, physicians would be more inclined to utilize it as a therapy. Almost every medicine is only approved after passing a science-based trial that demonstrates its efficacy under the directorship of the US. The Food and Drug Administration (FDA) has not cleared cannabis as a medicine, so there are no labels, dosage recommendations, or timing instructions that physicians may consult.

Is Medical Marijuana an Option for Me?

What’s next for someone who wants to know whether medical marijuana is an option after they’ve been diagnosed with PD? “I’m not sure if this is the right place,” said the National Medical Advisor for Parkinson’s Disease, Dr. Michael S. Okun.

At this point, little is known about how medical marijuana should be used and whether its long-term usage has a negative impact on PD symptoms. To safeguard patients, states that legalize medicinal cannabis will eventually need to establish training programs for doctors and other medical professionals who prescribe it. Check with your doctor to see if medical marijuana might help you.

Pros & Cons of Strain-Specific Cannabis Use for Parkinson’s Disease

Those interested in utilizing medical marijuana for Parkinson’s disease should know that different cannabis strains have varying levels of physiological impact and intoxicating potential.

We’ll discuss the various types of cannabis strains and the phytochemical-related effects that users may anticipate to encounter when utilizing them.

Diesel strains are among the most renowned landraces in history. These are extremely powerful genetics that have strong mind-altering qualities. However, when combined with the intense high that is produced, there is a lot of potential for pain and muscle spasm alleviation.

For the most part, cannabis users should avoid diesel strains owing to their high THC content. In particular, individuals with Parkinson’s disease and limited expertise using marijuana should avoid them.

These are powerful cannabis strains with a high level of THC in general.

While the effects of cannabis can last anywhere from 30 minutes to three hours, a Kush high is usually dull and subtle. Users may not detect it until they are completely calm. Kush strains are also recognized for their appetite stimulant properties. Many people may experience a tingling sensation as the high travels down the body, loosening tense muscles.

Kush strains are known for their strong sedative effects and are typically best utilized at night. They provide a bright, energetic high that can lift your spirits, relieve tension and spasms throughout the body, and lighten your mood.

A characteristic aromatic terpene profile distinguish citrus strains. Lemon Tree, Grapefruit, Clementine, and Pineapple Express are some of the most well-known citrus varieties.

Citrus strains are rarely recommended for beginners since they generally have a high THC concentration and provide users with immediate effects. They frequently have THC levels over 20%, and many users report feeling effects within minutes. These strains give rise to a euphoric head high, and users may experience a full-body numbness that helps to relax the muscles.

Across the United States, people are increasingly able to access high-CBD cannabis strains, many of which are produced from hemp. Hemp strains are high in CBD but have little or no THC; thus, they do not create a high. Furthermore, since hemp is a lawful crop under the 2018 US Farm Bill, CBD-rich hemp flower may be readily obtained and purchased in most US states without the need for a medical marijuana card.

CBD has been found to help with a variety of ailments, including muscular discomfort and spasms, as well as aid in sleeping. (Again, it’s crucial to make note that neither hemp nor marijuana is a clinically-approved treatment option for Parkinson’s disease).

Strains with a THC content of around 10 percent and CBD levels of roughly 1:1 are another excellent medicinal alternative for consumers who have access to legal medical or recreational marijuana dispensaries.

Although they may seem identical, there are subtle differences between hemp strains. When it comes to medical potential, these strains have the potential to cure or treat a wide range of illnesses and conditions. Popular 1:1 CBD strains include Sweet and Sour Widow, Pennywise, and Cannatonic.

We want to emphasize that the preceding list is not a list of “the greatest marijuana strains for Parkinson’s disease.” Instead, it’s a collection of different souche types meant to assist patients in making an educated decision after consulting with their doctor about whether or not they should use cannabis for PD symptoms.

Also, we’d want to make it clear that cannabis does not cure Parkinson’s disease or represent a legal medical or clinical treatment option for the illness. However, based on available anecdotal and scientific evidence, several types of cannabis may help with symptom alleviation and increased quality of life.