Hacher may be derived from cannabis plants in a variety of ways. There are several variations of hash and several methods to make it. Dry sifting is a simple technique for producing strong, high-quality hash at home. Continue reading to discover how to accomplish it in our step-by-step tutorial.

Bubble hash, finger hash, rosin, charas… Although there are several methods to create cannabis hash, dry sifting is one of the most simple and common techniques. You may produce a rather high-quality product that is extremely potent and easily vaporizes. Another advantage of dry sifting is that it does not require any specialized equipment. All you need is a fine mesh screen (also known as a sifter box) and a sufficient quantity of your favorite marijuana.

Dry sift hash: what is it?

Though it is not exactly a new method, dry sifting has been used for centuries in places like Afghanistan and Morocco to produce hash.

The process of dry sifting is as follows: When dried cannabis rubs against a mesh screen, the trichomes become separated from the rest of the plant. A fine powder known as kief (which is essentially pure trichromes) will fall through said screen and collect underneath it.

With a little bit of effort, you can turn your herbe into kief powder. All it takes is some time and patience (and perhaps a few shakes, rubs, or smashes with a tool). With that said, the quality of your final product will be much better than if you had not made the extra effort. Hash made from dry sift is particularly pure and potent. Interested in making some for yourself? Check out our step-by-step guide below!

How to make dry sift hash

No more talk–it’s time to get serious about dry sift hash. Follow this step-by-step guide to learn how to make it.

Press your kief powder into hash

It is best to keep your weed chilled and work in a cool area for the best results. The colder the weed, the more brittle the trichomes become, making it easier for them to separate from buds. Additionally, cold temperatures make things less sticky and therefore easier to work with overall.

Do it like the pros; put on a warm coat and do your dry sifting outdoors in winter for excellent results! Alternatively, you can put your weed into airtight containers and chill it for some hours in the freezer.

Use different size mesh for even better results. With a sifter box that has a single screen, you can make decent hash, but it likely won’t be the purest you could be getting. Experts use several different sizes of mesh and do their sifting in stages. Use multiple screens—coarse ones first, and then subsequently re-run your sifts with finer and finer mesh. This will give you the finest hash. 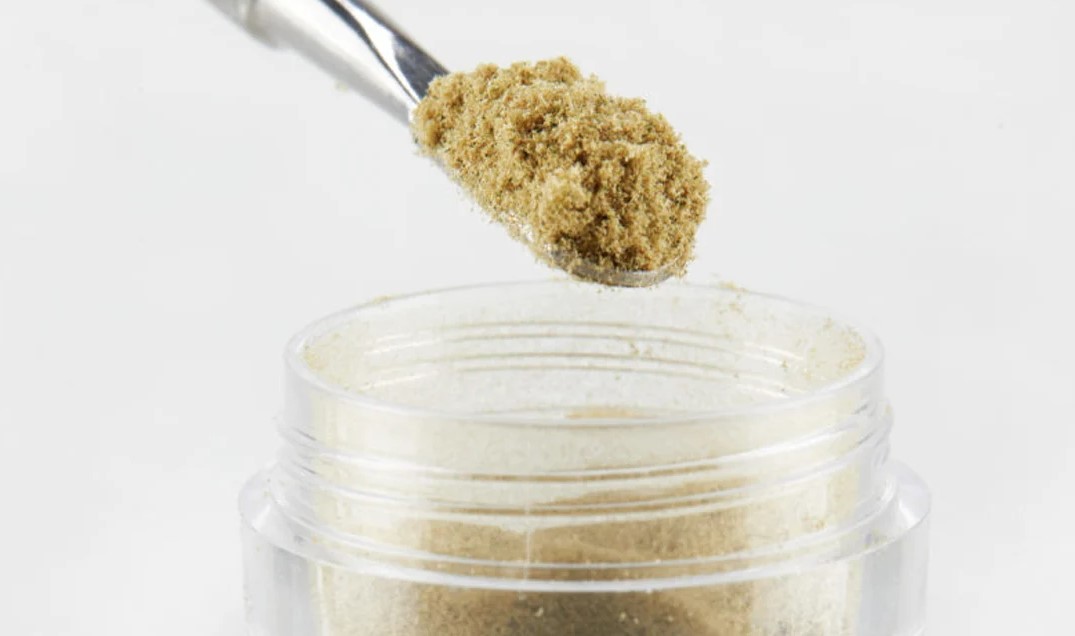 If you want to examine the overall quality of your hash, there are some characteristics you should keep an eye out for. Good dry sift has a golden colour and a consistency like fine beach sand. The hash should smell like bud. The more intense the smell, the better the terpene content and flavour when you smoke. But these factors aren’t the most accurate way to determine quality. This is why dispensaries have now started to rate hash using a grading system.

The hash grading system for dry sift makes use of the melt principle, where hash is rated as full melt, half melt, or just kief. The melt refers to how well a dab of hash vaporizes off of a nail.

This is the finest grade of connoisseur-grade hash, which is essentially trichomes that are free of flaws. This hash works well in a dab rig but may also be smoked, vaped, or used to make edibles. This type is unusual and costly, and only the most experienced hashmakers can create it at home.

Half melt doesn’t vaporize as well off of a dab nail, but it’s still excellent for smoking in a bowl, for twaxing, or for crumbling into a joint. Some people buy less-expensive half melt to refine further at home in hopes of creating a full melt product.

Kief is the lowest grade of dry sift. This is the same unfiltered stuff you can find at the bottom of your grinder—a mixture of trichomes and other plant material. Unlike the melt grades above, kief won’t melt, but will crackle and burn when smoked. But this doesn’t mean that kief is worthless. It’s still great in a bowl or joint, and is perfectly good for making edibles and for twaxing.

How to use dry sift hash

A straightforward way to enjoy your dry sift hash is to crumble and mix it with some bud or tobacco, then roll it into a joint. But this isn’t to say you couldn’t use it for edibles or some twaxing decoration for your joints, although some might say the latter two are a waste of good hash.

What makes dry sift great is that the firmly pressed hash coins you get when using the pollen press are more practical to carry and store than bags of weed. If your joint-rolling skills are just average, tobacco mixed with hash is also easier to make into a joint than doing it with bud.

How to store dry sift hash

If you want to keep your dry sift for a long time, make sure it’s stored in an environment with low humidity, low temperatures, and no oxygen. Keep your hash in airtight containers in the fridge. If you only need to store your hash for a few days, placing it in a cool, dark cupboard will suffice.