Different spectrum colors serve various purposes in the growth and development of the cannabis plant. Light, which is crucial for cannabis cultivation, comes in different colors. How does one know which spectrum to choose? Do we understand how specific wavelengths shape our plants or affect their flower quality? We have some answers, but many things are still unknown. Here’s what we do know so far.

Effects of UV Light on Cannabis

There are a lot of stories, myths, and rumors about UV. Valoya’s research efforts in this area, as well as data from scientific studies, should help growers better understand how UV affects marijuana.

In 1987, Lydon et al. were the first to discuss UV’s effect on cannabinoids in an academic paper. They came to the conclusion that while THC concentration increased with exposure to UVB, other cannabinoids remained unchanged. It’s important to note that this research was conducted using UVB light (280-315nm) which is a very intense type of radiation not typically used in horticultural lighting today.

How Does Cannabis React to UV?

The type of UV used in some horticultural light spectra, such as the Valoya NS1 and Solray385, is UVA (radiation between 315-400 nm). A little amount of UVA creates mild stress that encourages the plant to develop better defensive strategies – cannabinoids.

However, if we use too much, the plant’s growth will be restricted and it will underperform. Valoya investigated UV LED chips of various peak wavelengths to determine the optimum wavelength for obtaining maximal cannabinoid output while avoiding plant harm.

According to our studies, using the 385 UVA wavelength can help to enhance floral and leaf cannabinoid concentrations in cannabis. Although this is actual UV light, it is quite mild and would not have any negative effects on humans who are exposed to it.

When growers subject plants to the right amount of high energy irradiation, it ‘strengthens’ the plant and helps it produce more cannabinoids. This makes the plant better protected from stress. Growers sometimes use light deprivation before harvest to achieve a similar outcome. Additionally, some pathogens cannot withstand high energy radiation.

According to our knowledge, only two or three other LED producers utilize UV in their horticultural lighting. The majority of people avoid it because it necessitates the use of high-quality materials in order for the luminaire to produce UV light on a regular and long-term basis.

Effects of Blue Light on Cannabis

Blue light has similar effects to UV light. Blue photons, on the other hand, have less energy than UV photons, so blue responses may be weaker.

Blue light has, however, been demonstrated to increase cannabinoid concentrations – especially THC – as Magagnini et al. 2018 showed in their article. This was the first times that LEDs and HPS have been compared in regards to cannabis growth and flower quality.

In general, blue light promotes bushiness in plants and improves the compactness of their foliage. This is beneficial because excessively tall, stretched plants are unable to support large flower formations. Complete lack of blue wavelengths in a HPS spectrum causes these towering, thin plantscome about due to the complete absence of blue wavelengths.

Traditional MH (metal halide) lamps have been popular for the vegetative phase because of their bluish spectrum and compactness. Blue light is efficiently absorbed by chlorophylls, allowing the plant to utilize the energy released by blue photons in photosynthesis, making blue light a significant ally in terms of overall yield.

A typical pink LED light has a high amount of red and a modest amount of blue. Blue LED chips are more expensive than UV LEDs. However, blue light is essential for the successful development of cannabis plants.

Effects of Green Light on Cannabis

There are only a few research on the impact of green light on cannabis development and metabolism. However, if one looks closely, there are hints and data from even the early studies.

In a recent study, Mahlberg and Hemphill (1983) utilized colored filters to change the sunlight spectrum. They found that the green filter, which inhibits other wavelengths while allowing green light through, reduced THC concentration by up to 90%.

Green light has been shown to inhibit the production of secondary metabolites in other plant species as well. As one example, when lettuce is exposed to green light, it produces less anthocyanin (Zhang and Folta 2012).

There are a few reasons why green light should be present in a growth spectrum. One is that it can penetrate leaf layers effectively. Red and blue light, on the other hand, are almost completely absorbed by the first layer of leaves.

Green light is readily absorbed by the top, second, and even third layers of leaves. Green light can be utilized in photosynthesis by lower leaf layers, resulting in yields.

The Appearance of the Spectrum to Human Eyes

Although pink light may be easy on the eyes, a full spectrum of colors creates a better working environment for people and makes it easier to detect pests, pathogens, and nutrient deficiencies. Not to mention, white light is more pleasant to work surrounded by than its LED alternative.

Effects of Red Light on Cannabis

What about red? Red is known to be effective in photosynthesis, but is it handy in other areas as well?

The red to far-red ratio is a vital factor in many species that determines the plant’s morphology, flowering and germination. Regarding cannabis, although its effects on flowering time have not been conclusively shown (Magagnini et al. 2018), its influence on morphology is apparent.

In low R:FR ratio conditions, cannabis plants are taller (Magagnini et al. 2018). Stem and petiole elongation may be seen from the beginning with stem and petiole growth. An elongated plant that has not gotten enough red light in comparison to far-red is less robust, therefore it cannot produce high flower yields.

Unlike other types of LED chips, red ones are relatively affordable because they have been on the market for an extended period of time. They are commonly used in TV remotes and other devices that emit a signal light.

A spectrum designed around robust plant biology research can help propel the plant even further. The notable change might only be a few percent of cannabinoids, but that small increase could mean being the market leader rather than settling for second best.

FR, or far-red light, is a controversial topic amongst professionals and hobby growers. While there is still lack of scientific evidence, many myths circulate claiming that FR can do wonders for your crop. Here’s what it really does.

Firstly, just like green light waves, far-red wavelengths travel through leaves easily. This means that there is always a low R:FR ratio under canopies. A significant amount of research has found that far red light enhances the net photosynthetic rate when shorter wavelengths are also present (Zhen and van Iersel 2017).

Presence of far-red and a low R:FR ratio in nature indicates that a plant is standing in the shade of another plant, so it should focus its energy on stem elongation to grow taller and get more light.

Many growers want to avoid elongated stems, so it is best to choose a light spectrum with a high red:far red ratio.

According to Campbell et al. (2019), a higher concentration of far red light could contribute to longer cuttings, making it more ideal for mother plant cultivation.

Yields of far-red have also been observed to impact the plant’s defensive strategy. Some secondary metabolite pathways are downregulated, making the plant more vulnerable to herbivores and infections, according to recent studies (Ballaré 2014). 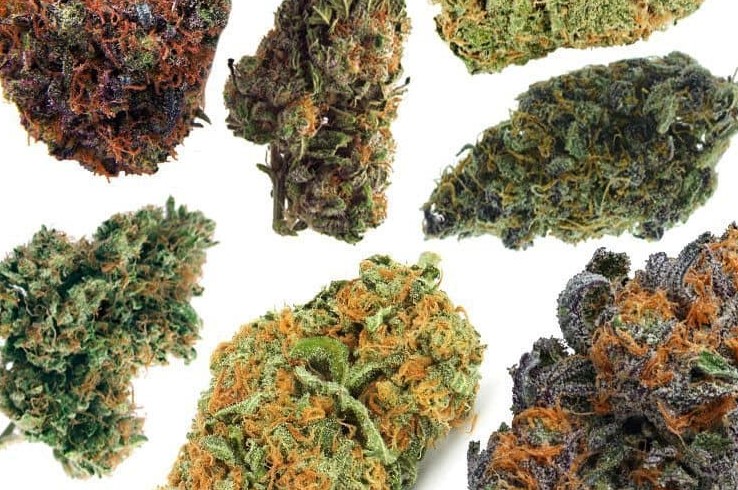 If far-red is only given at the end of the day for a short amount of time, would improve plant growth? Valoya’s in-house experiments suggest that while EOD FR increases stem and petiole length significantly, there was no significant yield increase found.

Poinsettia and other short-day plants have been reported to grow taller when given evening light compared to other types of EOD light treatments, but there is no evidence that it speeds up the flowering process.

The difficulty, however, remains. All spectrum wavelengths / colors are critical, and they have specific morphological, developmental, chemical effects on plants. As a result, it is preferable to choose a spectrum with all wavelengths from UV to far-red but keeping in mind that proper ratios provide the greatest growth results.

There’s no simpler method to comprehend this so that growers may make informed judgments based on the R:FR ratio or the amount of UV required. It is critical to get solid information from your LED supplier regarding how well their spectra compare against other LED spectra on the market and HPS. If independent research has arrived at identical conclusions, you’ve probably found your lighting partner.

With over 100 LED providers in the market, data should be given more weight than any other type of claim.