Following the remarkable success of delta 8 THC as a legal substitute for the more restricted access to delta 9 THC, the cannabis business has attempted to diversify its product offerings. HHC is one of newest and most promising cannabinoids yet to be widely recognized.

HHC is a THC-related cannabinoid that has been studied by scientists for years but has rarely been discussed among cannabis consumers. HHC is a minor Cannabinoid; it can be found in cannabis naturally, but because the extraction process isn’t cost-effective, its quantity isn’t enough to make things worth doing. Because commercial production of HHC just began, it is yet unfamiliar.

Cannabinoids can be converted to other cannabinoids through modifications in their structure. HHC is made in a laboratory from hemp-derived CBD using chemical procedures, just like commercial delta 8 THC and delta 10 THC. It isn’t called THC because it is non-psychoactive, which has legal implications.

How is HHC produced?

Hydrogenated Hashish oil, better known as HHC, was discovered by Roger Adams in the 1940s. By adding hydrogen to THC and changing its physical properties through a process called “hydrogenation,” which is first seen described in a 1947 patent document.

The structure of delta 9 THC is modified by hydrogenation, which replaces a double bond with two hydrogen atoms and changes its molecular weight. According to Mark Scialdone, a chemist and BR Brands Chief Science Officer, hydrogenation improves “stability and resistance to thermo-oxidative breakdown,” thus giving HHC a longer shelf life and making it less susceptible to damage from UV light and heat.

Does HHC get you high? Does it have side effects?

This is a bit complicated. HHC may not be technically a THC, but it does produce similar effects—if used in high enough doses. In the lab, batches of HHC include both active and inactive molecules. The active ones bind to your body’s cannabinoid receptors; the others don’t have this effect.

Currently, there is no cost-effective way for manufacturers to separate high-potency HHC from its low-potency twin. So when you purchase commercialized HHC, it’s somewhat of a gamble as to whether or not the potency will meet your expectations. But, noticeable effects have been reported by users of HHC. These reports usually state that the HHC high is felt between delta 8 and delta 9 THC levels.

The knowledge we have about HHC’s effects and side effects is mostly based on stories rather than scientific evidence. However, users say that the same set of side effects occur with HHC as those familiar to delta 9 THC users: anxiety and paranoia, dry mouth, dry and red eyes, hunger, and insomnia.

Will HHC show up in a drug test?

Unlike other forms of THC, it seems that HHC does not break down in the body the same way. There is evidence to support that HCH doesn’t metabolize into 11-hydroxy-THC, which is what many drug tests test for when screening.

That hasn’t been investigated, and it’s not certain. Nobody knows if HHC will leave traces of use in your blood, urine, or hair for sure yet. We advise you not to risk your career by using HHC if your employer checks for drug usage.

Does HHC have medical benefits?

Although not as widely studied as other cannabinoids like delta 9 THC or CBD, HHC shows promise in relieving pain and blocking breast cancer cell growth. A 2011 study showed that some synthetic analogs of hexahydrocannabinol (HHC) “strongly inhibited breast cancer cell-induced angiogenesis and tumor growth.” Japanese researchers published a paper in 2007 describing HHC’s impressive pain-blocking capability in mice; however, more research is needed to determine if HCC is a viable therapeutic option.

Is HHC legal and will it stay legal?

Congress federally legalized the hemp plant and all its derivatives in the 2018 Farm Bill, as long as the THC percentage is less than 0.3.

Commercial HHC, on the other hand, is produced by hydrogenating hemp-derived cannabinoids under pressure with a catalyst like palladium to create it. The result, according to researchers at the National Cannabis Industry Association, is a “semi-synthetic” cannabis compound.

In May 2022, the 9th Circuit Court of Appeals ruled that delta 8 THC is legal under the Farm Bill’s hemp definition and that all other hemp compounds and derivatives with a Delta 9 THC content lower than 0.3 percent are also legal, as long as they don’t contain more than the legal maximum of 0.3% delta 9 THC. That appears to make HHC a legal hemp product, giving protection to producers and sellers of HHC (and delta 8 and delta 10 THC, THC-O), while some attorneys point out that other federal courts may reach different conclusions.

However, HHC may be banned by individual states. This is probable if HHC becomes popular enough to endanger sales in the legal cannabis market, which we’ve seen happen with delta 8 THC.

Where can HHC be found?

Only one American firm produces HHC, according to reports, and it sells it wholesale. We aren’t sure if that’s true, but we do know that not many businesses generate it. As a result, just a few firms are selling HHC at retail, and they haven’t been doing so for long.

A simple search on Google revealed at least a dozen internet retailers selling HHC goods. Most vendors sell vape carts containing HHC oil, and many also have gummies. Less popular but nonetheless accessible are disposable HHC vapes, tinctures for oral consumption, and dab concentrates. At least one firm sells “HHC flower,” which is hemp flower that has been coated or infused with HHC.

HHC is a promising cannabinoid that will become more available in the cannabis marketplace if it remains legally viable and becomes less expensive to manufacture.

Is HHC Stronger Than Delta-9-THC?

Due to the scarcity of research, it is tricky to know exactly how potent HHC is. Even manufacturers of HHC products confess that there isn’t much consistency in terms of ratios between inactive and active molecules from batch to batch. While these companies strive to amplify the amount of active compounds in their product, they can’t manage everything.

According to its chemical structure, HHC appears to be more powerful than delta-8 but not as intoxicating as delta-9. Estimates range from 80% to over 90% as potent as D9. 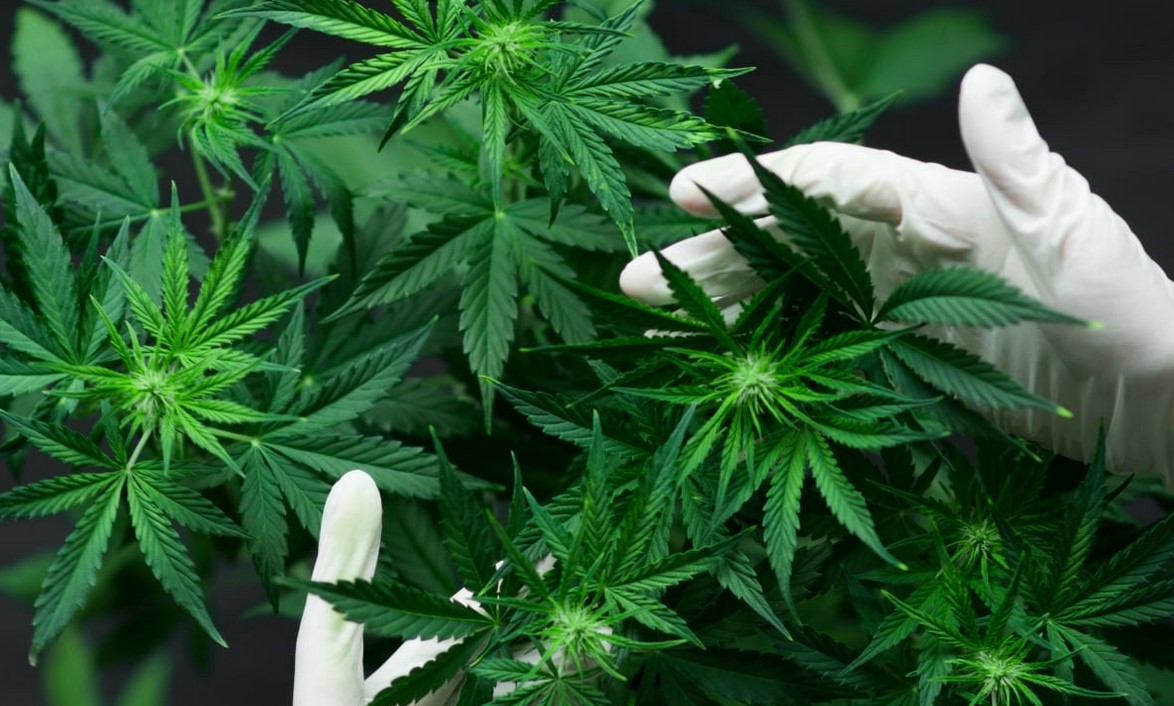 Because it is so similar to THC and just as intoxicating, the following side effects are possible based on our current understanding of delta-9:

Though more research is needed, early studies suggest that HHC may have similar negative effects as delta-9-THC.

There is no definitive answer. HHC manufacturers claim that it is completely safe since it is derived from the hemp plant. However, there is a lack of research. While there are no current reports on adverse effects, this does not necessarily indicate that it is harmless. Because HHC goods are relatively new to the market, little information exists on short-term as well as medium- and long-term harmful outcomes, much less long-term concerns.

Another issue is a lack of regulation. While many firms offer HHC items, only a few are well-known. Unscrupulous HHC suppliers sell dangerous and potentially harmful formulas to hemp companies that unknowingly pass these hazardous substances on to customers. Many HHC products won’t pass potency tests since they contain minimal doses of the chemical compound.

Because HHC is a relatively new cannabinoid, its safety profile has yet to be established.

For the record, 9-beta-hydroxy-hexahydrocannabinol is the most prevalent form of HHC available on the market. It’s a completely synthesized HHC version with a chemical structure that’s almost identical to delta-8. Unfortunately, some brands combine HHC and D8 in order to reduce their cost.

Furthermore, many HHC vape cartridges are available on the market. Given the possible link between vaping and lung illnesses, caution must be exercised when buying HHC products. The process of vaping itself is potentially harmful, even if the product is of premium quality.

In any event, stick to the few reputable businesses that sell this cannabinoid and seek for lab reports at all times. We’ll get into the various names later on.