Alien OG is a 50/50 mix that provides a rather powerful yet revitalizing high. It has a woody and citrusy scent that is complemented by a piney, lemony flavor that will revitalize the senses. Alien OG also contains a nice cerebral high with the ability to aid concentration and relaxation, making it ideal for an afternoon smoke on your day off. Strains with names relating to space or other cosmic matters are always appealing. After you hear the name, it will capture your attention. Its strong buds will hold you in, transporting you into outer space with its powerful medicinal effects. This souche has a way of combining the best qualities of indica et sativa into one beautiful package, thanks to its high THC content.

What is the Alien OG Cannabis Strain? 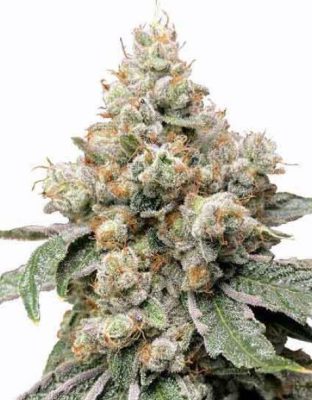 Alien OG is a hybride strain created by crossing the indica Alien Kush with the sativa Tahoe OG Kush. This cannabis variety has a 50 percent indica and 50 percent sativa mix and combines the best qualities of both. Alien OG first emerged in the Bay Area of California, but growers could only grow it with a clone for a while because news quickly spread about its excellent advantages. Cali Connection eventually started distributing seeds to growers of Alien OG, allowing the strain to spread outside of California. Aside from its intriguing backstory, many people are interested in the strain’s high yields, powerful high, and refreshing taste.

Alien OG is a hybrid that takes on the characteristics of its Tahoe OG Kush parent in terms of scent and flavor. It has a woody and citrusy odor that is similar to other OG strains. This marijuana strain has plenty of earthy notes as well as lemon and pine undertones.

The flavor of Alien OG is similar to its aroma, with strong notes of pine, lemon, and dirt covering the taste buds. This natural flavor is very grounding and harmonizing; it does not overpower the senses but nevertheless has an impact on the user. The smoke itself is smooth and velvety on the inhale and doesn’t hit your lungs too hard until you exhale, so you can enjoy a cough-free blaze. If you like other OG Kush strains, you’ll love Alien OG as well.

The appearance of Alien OG nuggets is rather traditional, with rich green sugar leaves and extremely curly orange pistils that are bright yellow. These pistils aid in pollination and are packed closely together. Because of the high THC content of Alien OG, it has an intensely frosty, very sticky covering that trichome layer vouches for strain strength. This also contributes to the strain’s beautiful cosmic gleam, which complements its extraterrestrial name.

If you’re looking for high-yielding, big-time yields, look no further than Alien OG! It’s rumored to provide just that, and the buds are notoriously powerful. Not only can you anticipate bountiful harvests from well cared-for plants, but the magic also exists in the incredible density of the real nuggets and colas themselves.

Alien OG is one of the most potent cannabis strains available, but it has a high-yielding quality that’s quite unusual for indica varieties. Strains with indica genetics don’t usually produce a lot of consumable bud, so this Alien OG’s high-yielding quality is particularly impressive. Even if the outcomes of growing this strain are beneficial, producing it isn’t easy. In fact, Alien OG might be quite difficult to create without adequate knowledge and some trial and error. If you have prior experience cultivating marijuana, Alien OG won’t be much of a challenge for you; however , if you’re just starting out, make sure you do your homework first.

Alien OG plants are often tiny in height, standing around 30 inches tall and having a rounded look. The buds tend to congregate on one prominent stem, after which fat colas develop from there, which is rather typical indica structure. This strain’s appearance is more influenced by its Alien Kush roots than the OG side. It’s important to check and maintain a variety of factors with Alien OG, including light levels, nutrients, humidity, and water levels. Furthermore, any leaves that obstruct bud development should be pruned and trimmed back on a regular basis to prevent nutritional deficiency.

Topping is a particularly vital skill to master, which will keep the plant healthy. The practice of Sea of Green (SOG) appears to be successful when growing Alien OG, so it may be worth your while to try it out.

Alien OG is a cross between two strains from the Emerald Triangle, and it produces desirable effects that include:

This strain’s flowering time is around 7-9 weeks, which is on the shorter side and harvests generally begin falling before mid-October, long before any bad weather can set in, a significant factor for outdoor grows. Indoor typical yields range approximately 10-11 ounces per square meter indoors and 13-14 ounces per plant outside, which is extremely excellent for a strain that looks to be nearly identical to an indica physiologically speaking.

After harvest, buds must be properly dried in order to keep THC and other medicinal cannabinoids safe.

Although the typical THC content for Alien OG varies from 20-25%, THC levels have been measured to be over 28 percent, making this cannabis plant one of the most potent on the market. Because the cannabis industry is so preoccupied with developing stronger strains, we anticipate that Alien OG will continue to be developed even more powerful.

Alien OG will provide you with very little CBD. The maximum tests have measured the amount of CBD in this strain at just 0.1 percent, which is something, but not particularly exceptional. If you want a cannabis-type with a higher CBD content, there are several options that may be more suited to your demands, such as Cannatonic, ACDC, Harle-Tsu, Pennywise, Charlotte’s Web, Canna-Tsu, Harlequin , and Ringo’s Gift , to mention a few. Alien OG has significantly less THC than CBD because it is primarily comprised of tetrahydrocannabinol rather than dihydrcannabinol. 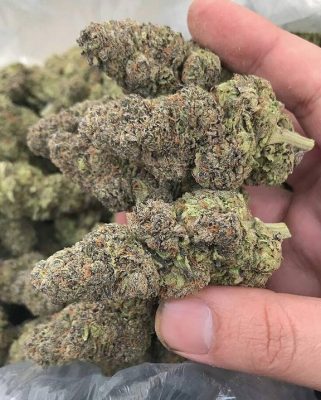 The mental stimulation of Pure OG, combined with its cerebral high, yet still quite relaxing for the body, demonstrates how it is great for a wide range of people. This cannabis strain has a unique blend of indica and sativa components that provides an end-of-high melting relaxation while keeping the brain sharp, vigilant, and creative. You’ll feel more contented and joyous at the same time, sinking into a state of deep bliss. Alien OG is ideal for getting things done at home, especially if you have many additional jobs to do once you’ve left the job.

This is due to the fact that this cannabis strain relieves physical tension and stress while also transporting the mind into a productive, creative, and sharp headspace, which is precisely what you need to focus and finish tasks after hours. It’s amazing how this strain is able to target both the brain and body separately in different ways, influencing both areas in positive ways.

Because of its soothing, buzzing energy on the body and its creative, inventive impact on the mind, Alien OG is likely to have a wide range of medical applications. Physically, Alien OG promotes headaches and aches and tiredness; it also helps with nausea and an lack of hunger. It’s all about what time of day you’re eating this cannabis strain, as well as what your body needs at that particular point in time.

Alien OG is a potent energizer, but it can also be used to treat anxiety, sadness, sleeplessness, post-traumatic stress disorder (PTSD), ADHD/ADD, and other ailments. Alien OG has the ability to connect with your body and understand what it needs the most; therefore, while its effects may appear contradictory at first glance, they’re all correct. Isn’t it amazing?

Possible Side Effects of the Alien OG Cannabis Strain

Negative effects can occur with any cannabis strain, as they do with all drugs. Alien OG’s side effects are mild and variable from strain to strain. Dry mouth (cottonmouth) is the most common negative effect, which may be prevented by drinking lots of water before, during, and after your high.

Keep a big bottle of water near by at all times to remind you to drink, which will not only soothe dry mouth but also prevent you from experiencing headaches as a result of dehydration. In rare cases, some people have reported mild anxiety and paranoia, although this is not an uncommon occurrence.

The Final Verdict on Alien OG

If you are looking for a natural herbal treatment for depression, anxiety, PTSD, ADD/ADHD, stress, sleeplessness, pain, headaches, tiredness, hunger loss, or nausea and have tried traditional alternatives with no success. Alien OG is a popular strain due to its many applications as well as its strong THC concentration and high yields. It has gained popularity not just in California but all over the world thanks to its multidimensional capabilities as well as its powerful THC content and large yields.

We hope you enjoyed this post and that it was both instructive and informative. It’s vital to remember that the responsibility for cannabis usage lies solely with the user, and judgment should be used at all times.