The quest for other cures for a variety of serious neurological diseases has resulted in some remarkable discoveries. The use of medical marijuana and/or CBD to treat Tourette’s syndrome is one such case, as the question of their usefulness arises. 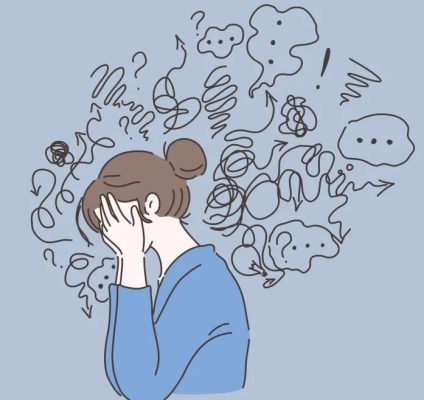 The term “Tourette syndrome” refers to a neurological disease that affects children and is characterized by uncontrollable movements (known as tics) and vocalizations that may be unpleasant, embarrassing, and functionally limiting.

There is no known cure for Tourette syndrome at this time. The aim of treatment is to assist individuals with tics that impede their normal activities, although recent medication has been proven to have unpleasant side effects such as weight gain, tiredness, and sadness.

Does CBD Help With Tourette’s Symptoms?

Cannabinoids have been studied as a potential Tourette’s syndrome treatment since 1989, with the increasing interest in CDB in recent years.

Cannabidiol (CBD) has been shown to have anti-inflammatory, analgesic, anticonvulsant, nausea and sickness treatment, as well as nerve protection properties.

In June 2018, the Food and Drug Administration (FDA) gave its stamp of approval on one CBD-based drug to treat two rare types of epilepsy. This was the first time that the FDA has given permission for a medical application of CBD in the United States. As a result, scientists sought to apply CBD’s benefits in other neurological and neuropsychiatric illnesses.

The Tourette Association of America established a Cannabis Consortium to evaluate and analyze existing research, whose purpose was to examine and analyze current data. However, owing to a lack of randomised, large-scale trials and data, the group determined that present scientific evidence is insufficient to draw a conclusion about CBD oil’s safety and effectiveness for the treatment of Tourette’s syndrome.

How Can Marijuana Help with Tourette’s Syndrome?

The components of medical cannabis are different from those of pure CBD oil. Medical marijuana includes two distinct chemical components, THC and CBD, whereas pure CBD oil contains only one.

Despite the fact that there is little evidence and only on a smaller scale, certain people claim to have reduced tic severity as well as an improvement in mental illnesses linked with the condition when using. Medical marijuana, like CBD, may nevertheless be said for similarly: the research and data are insufficient to show how medical marijuana helps with Tourette’s syndrome and its symptoms.

Cannabis is still unlawful under federal law, however it has been decriminalized (or legalized) for medical use in 36 states and four territories. Due to the Institute of Medicine’s investigation, which shows how scientific evidence suggests the potential therapeutic value of THC and other cannabinoids, many US states have changed their laws to reduce penalties for using marijuana for medical purposes.

At the federal level, marijuana is still regarded as a Schedule I narcotic, which means it’s thought to have a high risk of addiction and no proven medical use and thus is illegal to distribute. The state vs. federal perspective differs, and when they clash, each case produces its own outcome depending on the situation.

The most significant issues surrounding medical marijuana are how to regulate its prescription, dispensing, and registration of qualified patients. Some states have established their own systems for enrolling and tracking patients, while others are still trying to determine what works best for them.

Nonetheless, medical marijuana has therapeutic benefits and is suggested in many situations for patients suffering from chronic pain, post-traumatic stress disorder (PTSD), late-stage cancers, or chemotherapy-induced vomiting and nausea.

Chronic pain is undoubtedly the most popular medical marijuana use in the United States, particularly for pain management. It’s less dangerous than opioids (such as oxycodone or Vicodin) and has been shown to work similarly to non-steroidal anti-inflammatory medications (NSAIDs) when it comes to those who can’t take them because of kidney or ulcer problems, as well as GERD.

It seems that medical marijuana helps with neuropathic pain, which is difficult to treat in general. One of the reasons for it is its muscle-relaxing effect, which explains why it’s frequently advised for individuals with Parkinson’s disease (to relax tremors), fibromyalgia, endometriosis, interstitial cystitis, and other illnesses where the final common path is chronic discomfort.

Another important application of medical marijuana is in the treatment and management of nausea and weight loss, as well as glaucoma. It’s been shown to open up the appetite, so people who are having problems eating may feel hungrier and prevent unwanted weight loss.

The Recreational Use of Marijuana

The distinction between recreational and medical marijuana usage is that users do not need to have a medical condition to use it. The laws in the United States are continuously updated, with all 50 nations participating.

Currently, 18 states, two territories, and Washington D.C. have legalized tiny quantities of marijuana for adult recreational use. Others will almost certainly follow suit.

Because cannabis is classified as a Schedule I narcotic, it comes with certain dangers and negative side effects that may not be apparent in everyone. These are some of the potential problems and adverse effects associated with medical marijuana:

What damage does marijuana addiction cause to one’s lungs and brain, and how can someone avoid getting high? Marijuana hasn’t been approved by the FDA as a medicine, and it isn’t considered a medicine by the CDC.

Because it’s breathed, there’s a danger of injuring the lungs and cardiovascular system, as well as the unknown long-term consequences it may have on your brain. Another issue with medical marijuana is that the chemicals in each plant can be distinct, raising uncertainty about what type and amount of chemical you’re receiving.

The same uncertainty surrounds whether or not medical marijuana will make you high, as well as whether it will cause addiction. The issue is that cannabis flower has increased in THC content by 212 percent over the last two decades, making even tiny doses more powerful and potent than ever before.

The higher the level of THC, the more apparent withdrawal symptoms emerged, including rage and agitation, irritability and depression, restlessness and discomfort, headache and loss of appetite, sleeplessness, hunger pangs.

While marijuana addiction does not seem to have the same severity of withdrawal symptoms as more potent drugs, it does have some. According to a 2015 study from the UK, cannabis use is linked with “more severe dependence, especially in young people.” 9 percent of persons who try marijuana become dependent upon it, and 25–50 percent are daily users. According to a study carried out in the United Kingdom in 2015, cannabis use is associated with “greater severity of dependence, especially among teenagers.”

Tourette’s syndrome is a severe neurological disease characterized by rapid, uncontrollable movements, twitches, and vocalizations. People who have Tourette’s cannot control their tics, which are unpredictable and may occur at any time or place.

All tics can be divided into two groups: motor and vocal.

Both of these tics are occasionally (sudden, brief, and limited number of muscle groups) or generally (combined bigger movements or noises that might even appear purposeful, such as jumping or touching items).

Tourette syndrome tics are more likely to appear when individuals are extremely nervous or excited. Hearing or seeing someone sniff or cough, as can being exposed to new people, situations, or objects.

Additional neurobehavioral difficulties are common in people who have Tourette’s syndrome.

The following are some of the current medical treatments for Tourette’s syndrome, which is incurable: 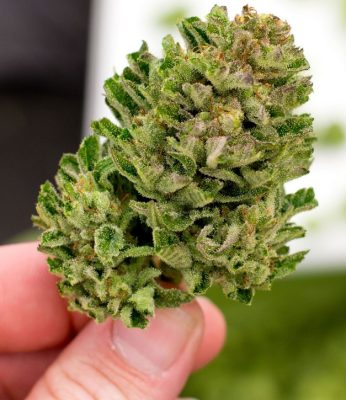 How To Choose The Best CBD For Tourette’s?

Always look for these characteristics when purchasing CBD oil if you’re trying to cure symptoms of Tourette’s syndrome:

How to use Medical Marijuana for Tourette’s?

Although the data are limited, those that exist suggest taking marijuana to alleviate symptoms. The earliest reported case showed an adverse effect and improvement in tics and associated problems.

Although it appears to be the easiest way to consume medical marijuana, with no definite proof and no medical expert willing to suggest it to individuals who have Tourette’s syndrome, no health care provider would advise it.

What is Tourette’s Syndrome?

Tourette’s syndrome is a neurological condition in which individuals may develop sudden, frequent movements, twitches, and noises. Unfortunately, the person suffering from it is unable to control his or her actions.

Can CBD help treat the symptoms of Tourette’s syndrome?

Although some research appears to suggest that CBD may help with the symptoms of Tourette’s syndrome, it is yet too early to claim that CBD actually helps treat this condition. The scarcity of randomized, large-scale trials is unfortunately making this conclusion difficult to reach.

Is medical marijuana better than CBD for Tourette’s syndrome?

Despite the fact that some individuals feel that THC presence makes a difference, there has never been any real evidence to support this. Until larger, randomized controlled trials are conducted, it’s impossible to know for sure.

How does Tourette’s syndrome manifest itself?

People who have Tourette’s syndrome experience uncontrollable, repetitive motions, noises, or twitches. This neurological condition can be extremely severe and have a big impact on a person’s ability to function effectively.

On a federal level, marijuana is categorized as a Schedule I narcotic, implying that it has a high potential for abuse and no proven medical usefulness. That being said, 36 states and four territories have decriminalized and permitted its use for medical purposes. The status of its legality remains uncertain.

What is medical marijuana used for?

Currently, medical marijuana is used to treat chronic pain, particularly neuropathic pain, nausea and vomiting, as a tool for preventing weight loss, as well as illnesses that respond positively to muscle relaxants.

Are some CBD oils better than others?

When it comes to picking the best CBD oil, there are a few things to consider. Make sure the components are all organic, including the soil where the hemp was cultivated. Only use full-spectrum CBD oil if you check for cleanliness during extraction. Last but not least, verify whether or not the product has been third-party tested to assure transparency.