We’ve all felt the unpleasant ache of inflammation before. Whether it’s a stomach upset, a skin outbreak, or a twisted ankle, we’d all rather avoid inflammation as a symptom.

It turned out that we had very little control. Sure, inflammation is unavoidable in certain scenarios such as a sprained ankle or a broken bone (basically anything beyond your control). But the degree of the symptom’s intensity can be reduced, and the pain it causes may be eliminated to a significant extent.

Most of us may reduce our risk of chronic diseases by eating a nutritious diet that is high in anti-inflammatory substances and antioxidants. Nuts, leafy greens, and turmeric are some of the most popular choices. However, this isn’t a post about healthy dieting for sure. 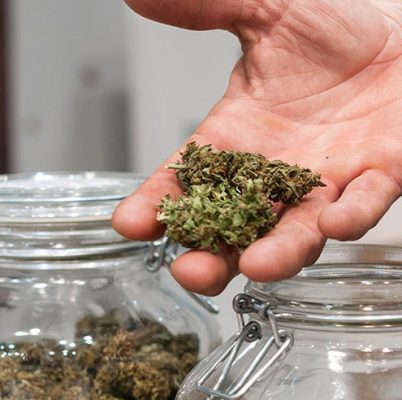 Inflammation is a bodily function that fight against any sort of harm. Toxins, infections, and injuries can all cause an immune response, which results in inflammation.

How Is Marijuana an Effective Treatment for Inflammation?

CBD and THC are two types of cannabinoids that both have anti-inflammatory properties. They not only treat and prevent inflammation, but they also reduce the production and release of pro-inflammatory cytokines. They also block STAT1 transcription factor activation induced by LPS, which is involved in inflammatory processes. CBD is most effective at reducing inflammation, therefore CBD-rich marijuana strains might be beneficial for those who suffer from severe inflammation.

What Symptoms of Inflammation Can Medical Marijuana Treat?

Cannabidiol helps your body maintain its natural cannabinoids, which help you fight illness and heal yourself.

There are over 100 different cannabinoids in marijuana, allowing it to modulate both descending and ascending pain pathways, as well as anti-inflammatory and neuroprotective processes.

How to Get Medical Marijuana for Inflammation

Not all states enable individuals to use cannabis for inflammation. To find out whether you qualify, chat with a qualified medical marijuana doctor in your state. A doctor can answer your queries and assist you in obtaining the therapy you require.

Best Methods of Marijuana Treatment to Use to Treat Inflammation

Cannabis is now more popular than ever before. It’s a viable alternative to prescription medicine that has addictive qualities and negative side effects. In many circumstances, medical cannabis for inflammation can help patients live a better quality of life than conventional medication.

Cannabis can be used in a variety of ways, both topically and internally, to treat inflammation. The following are some examples:

Vaporizers are becoming increasingly popular among patients who wish to use the inhalation method to acquire their prescription.

Medical marijuana is absorbed differently via the mouth than it is by inhalation. Dosing titration with the oral route is somewhat more challenging, and effect onset is delayed. It’s also a cost-effective and easy-to-use inflammation therapy livraison method.

Cannabinoids, such as CBD and THC, are fat and alcohol soluble. When cannabinoids are incorporated into a cream or lotion, they seep through your skin and into your circulation.

Lotions, oils, creams, and patches are all types of topical applications. Topical treatments target specific regions of pain. They’re long-lasting, non-psychoactive, non-invasive, and simple to use.

Suppositories may be a good option for you. While it is not the most popular method of delivery, if you’re searching for therapy “on the road,” it might be a useful route. Before using, refrigerate the medication. This technique is quick, long-lasting, and effective.

Sublinguals are available in tinctures and essential oils. They’re quick and simple to use. They’re popular with children because they’re handy and the most common way to take medicines.

When it comes to beginning your marijuana therapy for inflammation, there are a few things to think about when choosing a medical marijuana facility:

Best Strains of Marijuana for Inflammation

The insanely popular Barney’s Farm created the potent cross between the insanely popular Critical Mass X OG Kush strains, and this heavy indica dominance (90% indica/10% sativa) souche is called a heavily indica dominant hybride (90% indica/10% sativa). This dank bud has a moderately high THC concentration ranging from 14-20 percent on average, as well as a powerful mix of indica and sativa effects. Users describe the Critical Kush high as a slowly developing hazy calm body high with a touch of euphoria.

With maximum pain alleviation as well as a sense of contentment and elevation, you’ll feel totally at ease. As the high wears off, you’ll enter into a profound state of meditation, with a gradually building sensation of sedation that will eventually lead to a deep and pain-free sleep. Critical Kush is said to be an ideal strain for treating patients suffering from problems including stress, chronic pain due to injury or illness, minor to moderate cases of depression, and sleep disorders including insomnia and night terrors because to its potent effects. The flavor of Earthy Kush is earthy pine with a sweetly spicy aftertaste on exhale, and it has an aroma of earthy spicy pine. These nuggets have dense fluffy popcorn-shaped light minty green nugs with dark orano the endocannabinoids produced in our endocannge hairs, rich purple undertones, and a surface of fine translucent trichomes. 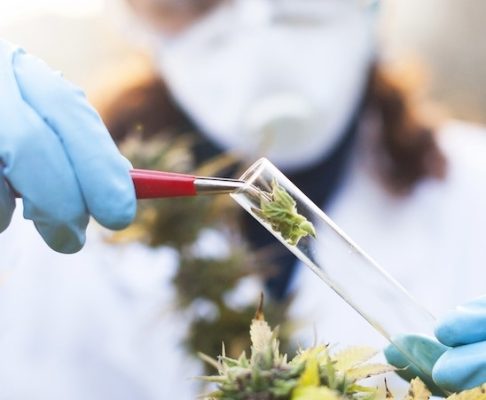 This is another high-CBD strain. Harlequin is a great starting point for cannabis users. This Sativa-rich strain has a 5:2 CBD to THC ratio. Harlequin has a higher CBD content than Cannatonic, although it still has “fairly good” amounts of THC. Because of its high CBD concentration, Harlequin is also an excellent strain to start with for newcomers. Both CBD and THC are cannabinoids that reduce pain and inflammation. Joint discomfort and muscular soreness can be reduced using CBD hemp oil.

Harlequin is a great cannabis strain for arthritis relief. It’s also unlikely you’ll get THC-induced paranoia because to its high CBD content.

Cannabis plants with high CBD levels can help decrease inflammation. Another CBD-rich cannabis strain is AC/DC. This strain is highly regarded for medical usage, especially as a pain reliever. Many marijuana users swear by this strain’s abilities to combat nerve discomfort.

The Tangie Sunrise strain is a happy and uplifting experience for users. It has a high THC content (16 percent of THC), making it ideal for soothing inflammation, stress, tiredness, and sadness. Tangie Sunrise is a cross between Jack Herer and Orange Crush.

The absolute best way to understand how a strain of marijuana effects you is to try it for yourself. -> GSC, sometimes known as GSC, is one of the most potent strains with a THC content of 19 percent (GSC). This Kush variety is also a member of the Kush family. Girl Scout Cookies combines OG Kush and Durban Poison to make a medicinal hybrid. Chronic inflammation can be effectively treated using this strain.

The Gift is a hemp strain that has been derived from the male plant of the Indica-dominant hybrid cultivar G13. The name derives from its association with the female parent, which is also known as RG8 (short for Ristretto Guadi OG). This strain contains a high level of CBD and very little THC, making it ideal for people seeking relaxing and anti-inflammatory effects without experiencing euphoria or mind altering effects. The Gift is especially great for people who want anti-inflammatory benefits without risking paranoia or insanity. In addition, this strain can be used to treat arthritis and sleeplessness.

The Anti-Inflammatory Benefits of Cannabis

The cannabis plant is comprised of a variety of chemicals known as cannabinoids, with 113 identified so far and potentially growing in number as researchers and botanists conduct research due to the growing interest surrounding the legal marijuana industry.

Cannabinoids, like other functional foods, have been found to dampen the inflammatory response and alleviate the symptoms it produces. Pain, fatigue, and a sense of discomfort are some of the symptoms.

Cannabinoids’ ability to reduce inflammation has made cannabis a subject of study in relation to autoimmune diseases such as multiple sclerosis, rheumatoid arthritis, colitis, and hepatitis, where the inhibition of inflammation may help the patient.

Cannabinoids “may also be beneficial in certain types of cancer that are caused by chronic inflammation,” according to Nagarkatti (2010). They have an immediate anti-inflammatory effect on tumor development.

What To Look For In Cannabis For Inflammation

The Cannabis sativa plant contains a lot of cannabidiol (CBD), which has anti-inflammatory qualities. CBD’s legality in all 50 states across the United States, as well as its non-psychoactive properties, are largely to thank for this.

Cannabidiol (CBD) has long been used to cure inflammation and localized physical agony. Cannabis plants, such as hemp and marijuana, contain a chemical called CBD (cannabidiol), which is similar to THC (the psychotropic component of cannabis) in terms of effects. Hemp is a non-psychoactive Cannabis sativa strain with more CBD than THC.

CBD, as a cannabinoid, has been shown to provide a variety of positive effects. CBD’s anti-inflammatory qualities are among them. As a result, the majority of the strains on our list have an increased concentration of CBD.

Side Effects of Marijuana for Inflammation

Marijuana, when compared to other inflammation-reduction techniques with known anti-inflammatory medication side effects, is a safe and natural therapy with little risk. While marijuana has the potential to have a variety of effects on the body, most side effects are minor and go away after you stop using it.

Some of the common side effects of marijuana include:

Inflammation can be quite uncomfortable and harmful. Many patients believe that the many potential side effects of medical marijuana are worthwhile in order to cure their inflammation. When compared to traditional anti-inflammatory medications and other types of therapy, cannabis is both affordable and natural.

The need for medical research on cannabis is one of the most pressing issues facing the marijuana business. Because of its illegal status across the world, much study has been restricted, but that’s starting to change in the United States. This should go a long way in helping us learn about which cannabis strains are best for inflammation in the future.

What we do know is that cannabis’ active components might help to decrease inflammation. Still, despite the promising early studies, we must learn more before drawing any conclusions.

Before using cannabis to treat inflammation or any other medical condition, we recommend consulting a physician. Medical marijuana laws differ greatly by state; therefore, double-check your knowledge and understanding of the rules in your area before proceeding.