In the past 20 years, marijuana laws have been more lax in various places. Now, 33 states allow herbe to be used medicinally legally and ten recreationally. In October 2018, Canada made history by becoming the second country after Uruguay in 2012 to legalize cannabis use entirely.

Australia isn’t the only country with confusing cannabis laws; Europe’s are also a little unclear. Although using small amounts of weed is tolerated in many European countries, it is still technically illegal throughout most of the continent.

Considering using marijuana while traveling in Europe? Check out this article to get informed on the many differing cannabis laws from country to country.

Marijuana in Europe: What’s the Score?

Young Europeans use marijuana as much as anyone else in the world, according to studies. In fact, 1 in 8 used it in the past year alone. An estimated regular user population of 1% suggests that cannabis is just as popular among young people in Europe as it is globally.

Although the European Union (EU) has made many European laws more uniform, this does not include the cannabis laws. These rules can differ greatly from one nation to another, even in countries that are geographically and culturally similar.

For example, countries such as Spain, Portugal, Italy and Ireland have significantly more relaxed laws surrounding drug use and possession, while Greece , Cyprus , Hungary , Sweden and Finland have much stricter laws where all drug use is considered a criminal offence.

Let’s explore Europe and the cannabis laws of some major countries. Traveling can be such ameaningful way to learn about new cultures!

Marijuana Laws in the Netherlands

If there is one European country that comes to mind when people think about marijuana, it would have to be the Netherlands. In the Netherlands, although marijuana use is not entirely legal, it is decriminalized. This means that you can only be prosecuted for using or possessing marijuana under specific circumstances.

In the Netherlands, coffee shops have been allowed to sell weed to customers under specific conditions since the 1970s. For example, they are not permitted to sell alcohol or hard drugs, cause a nuisance, advertise the sale of cannabis, or sell more than 5g of weed to any one individual at once.

In 2013, the Dutch government implemented a law stating that only Dutch nationals could purchase marijuana in coffee shops. This change was an attempt to cut down on public nuisance caused by marijuana tourism. Since then, coffee shop owners have been required to see identification before selling their products, but not all of them actually do this regularly.

Although highly lenient, the Netherlands’s policy on marijuana isn’t entirely free-for-all. Police are allowed to confiscate any cannabis they find and can choose to press charges if an individual is carrying more than 5g.

Portugal has considerably more relaxed drug laws than many other countries–even going as far to decriminalize all narcotics, including cannabis. In cases where somebody is caught with a small amount of marijuana, they may have to go before a “commission for dissuasion of drug addiction”–a panel made up of three members from various legal, medical, and social care professions. That said, offenders may only be fined if this isn’t their first offense.

Although Portugal has a more relaxed view on cannabis consumption, it is still illegal to grow the plant and could lead to time in jail. 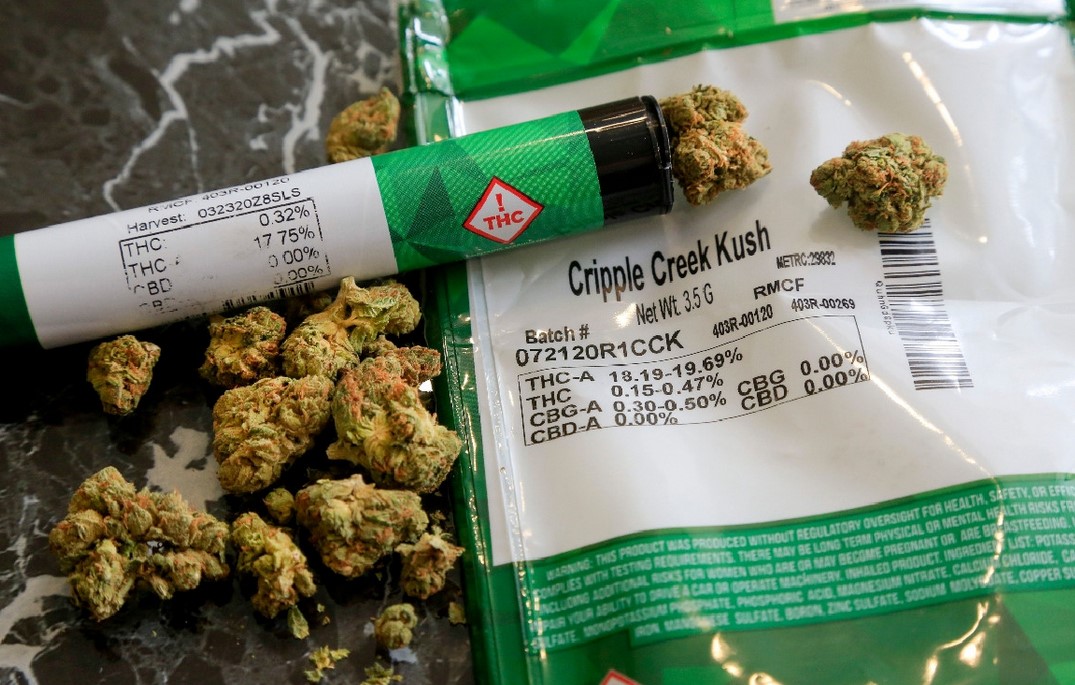 In Spain, consuming cannabis in public can land you with a fine between 601 and 30,000 Euros because it is classified as a “serious order offense”.

Although private use and growth of marijuana is legal, the possession of large amounts usually goes unpunished.

The decriminalization of “closed circle” use has given rise to cannabis social clubs, where weed is grown and distributed among members rather than being commercialized. Although these clubs operate in a legal gray area, anyone caught supplying cannabis could be sentenced to prison time.

Move north into France, and you will find some of the strictest marijuana laws in Europe. Here the penalties for being caught with cannabis range from a drugs awareness course (taken at personal expense) to prison time up to a year for personal use.

While marijuana may be illegal in France, some imaginative entrepreneurs tried to open Dutch-style coffee shops that sold weed with a THC content below the legal limit of 0.2%. Unfortunately for them, the police moved quickly to shut these establishments down, reinforcing the message that marijuana is still very much illegal in France.

In 2014, France became one of the first countries in Europe to implement a medical marijuana program. Even though possession and use of cannabis is still illegal in the country, there are signs that the laws might become less strict, which could open up new opportunities for economic growth. Given that France is already one of the biggest consumers of cannabis in Europe, we can only imagine how much this market will grow if regulations are loosened even further.

Second amendment issues differ from country to country. In Germany, for example, medical marijuana has been legal since 2017 with a growing number of registered patients using it.

Although it is still technically against the law to possess, supply, or cultivate cannabis without authorization, you may not be prosecuted if you are caught with a small personal amount. But what defines a “small” amount? Unfortunately, that varies by state–anywhere from 6g to 15g.

While marijuana use is illegal in both France and Germany, it is not only legal but also easily accessible in Switzerland. However, this is limited to medicinal purposes only. If you take a stroll down any Swiss street, you will pass by many pharmacies and head shops that sell weed and smoking supplies. It’s important to note that the strains being sold are all considered legal because they contain less than 1% THC; meaning while they may help alleviate some aches and pains,they likely won’t get you high.

The maximum punishment for consuming cannabis illegally is a fine of 100 Swiss Francs. However, unless you have more than 10g in your possession, it is unlikely that you will face prosecution.

If you travel south into Italy, you’ll find that the marijuana laws there are some of the most confusing in Europe. Just like in Switzerland, it’s legal to sell weed with a low THC content (under 0.2%), and cannabis stores are actually pretty common on the streets of major Italian cities. However, consuming marijuana is still illegal here, and products sold in these shops are only marketed as “collector’s items.”

In Italy, medical marijuana can only be prescribed to support conventional treatment for specific symptoms. These include spasticity, chemotherapy-induced nausea, reduced appetite due to AIDS, glaucoma and Tourette’s syndrome.

Marijuana Laws in the Czech Republic

The Czech Republic is another European country where medical marijuana is legal, but only a limited number of doctors are licensed to prescribe it. So if you’re hoping to get your hands on some cannabis in the Czech Republic, good luck. However, if you’re one of the lucky few with a prescription, you’ll be able to access up to 180g of medical marijuana each month – more than enough for most people’s needs.

The Czech Republic is pretty lax when it comes to recreational cannabis use. If you’re caught with a small amount, it’s classified as a misdemeanor and isn’t punishable by law–although you may get fined up to 15,000 Czech Koruna (about 555 Euros). However, if they find a larger quantity on you, then you could be facing up to a year in prison.

Marijuana Laws in the UK

The UK’s laws surrounding marijuana are changing, as recent cases have called attention to the plant’s medicinal benefits. Now, cannabis is available as a medicine for those with a special license, and the first UK medical dispensary just opened in Cheadle of Greater Manchester.

If you are caught possessing a small amount of marijuana in the UK, law enforcement will seize your product and issue you a warning. A second offense will come with a fine, however if it’s your third infraction of this law, you could be imprisoned for up to five years.

The laws surrounding marijuana in Europe are complex and vary greatly from country to country. This can be further complicated by the fact that medical marijuana is legal in some countries but not others.

Although cannabis use is not reprimanded in many European countries, it is still technically classified as illegal throughout most of the continent. The reality is that local law enforcement would rather dedicate their resources to more pressing issues, and minor cannabis crimes are often left unpunished.

However, if you are caught with weed in Europe, there is a chance you could face a warning, a fine, enforced rehabilitation, or prison time. It all depends on the country and the exact circumstances of your case. So if you are considering smoking weed in Europe, be warned: do so at your own risk!