For the previous few years, marijuana’s reputation has reversed 180 degrees, with several states in the United States legalizing it for recreational and medical use. Given the increasing demand for cannabis, many people have considered harvesting and selling it all over the country.

The marijuana business is a lucrative market to get involved in! The development of this sector may lead to additional employment, which is beneficial for many individuals and families. While you may utilize cannabis for recreational and medical purposes, this does not negate the substance’s dangers, especially when it comes to ingesting it.

Marijuana fans often use hotboxing, which is heating cannabis to a temperature high enough to cause psychoactive effects while retaining its cannabinoids. Although the practice of hotboxing might entice you to try it, it’s critical to understand as much as possible about how to enjoy marijuana safely and responsibly.

When you hotbox, you’re trapping the smoke from your joint in a small space. People do this to make their high stronger. The idea is that if the THC-filled smoke isn’t able to escape, it will just keep making you higher and higher.

Individuals may use a glass pipe, a marijuana bloom, or any other device to smoke cannabis in tiny places such as their cars, boxes, elevators, or even at home. Even when people aren’t smoking, the aroma of cannabis can be enjoyed by opening a tightly sealed container with buds. 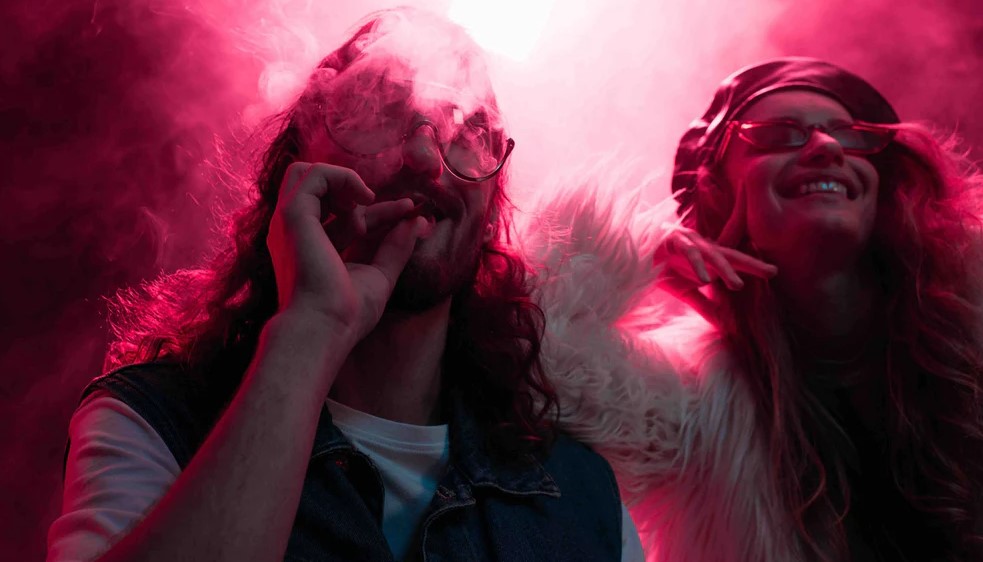 A New Way to Get an Intense High

The main reason people use herbe is because it creates a enjoyable experience. The drug can be used during parties, social gatherings, and even when you’re alone to help make the most of your night. Marijuana enables many people to have fun, and as support grows, its use has become more normalized in our society.

However, not everyone gets the high that they want from traditional methods. Some resort to other ways of taking marijuana, such as edibles, to increase the drugs’ effects. Edibles include baked goods, food, or drinks.

Some people smoke more potent marijuana, such as extracts, which can be used alone or refined into oil. Another method to enhance the high of cannabis is to hotbox.

Many people are wondering if hotboxing is safe, given its growing popularity. Some even mistakenly believe that hotboxing is healthier than smoking weed from a pipe or bong, but this is not true.

Hotboxing is dangerous because users are smoking marijuana in a very confined space. This increases the chances that users might suffer from smoke inhalation.

Though hotboxing comes with a certain level of excitement, it’s important to note that it is not without its dangers. A safer option exists for those who want to avoid the negative consequences associated with this activity.

What Are the Side Effects of Hotboxing?

Hotboxing doesn’t enhance the effects of marijuana, but it does come with several perils! The practice of hotboxing has a number of hazards. Here are some examples:

When people smoke marijuana in an enclosed space, it is called hotboxing. This method of smoking carries with it increased risks of developing lung cancer because marijuana contains harmful chemicals like ammonia and hydrogen cyanide. These chemicals can be especially damaging to a person’s lungs over time.

Furthermore, smoking marijuana on a regular basis can result in long-term respiratory problems, especially for those who have difficulty breathing to begin with, like asthma sufferers. Hotboxing only exasperates these conditions as the smoke intensifies. If you suffer from any pre-existing condition, it is best not to hotbox!

If you’re going to hotbox, take a breather every 30 minutes to let the room breathe. Also, make sure there is adequate ventilation in the location where you’ll be performing this hack.

Marijuana has analgesic and sedative effects, causing dizziness and misunderstanding. While these properties can be helpful in certain situations, some people may experience more dizziness and confusion, which is hazardous.

Because hotboxing allows you to inhale more smoke, it also heightens your chances of experiencing adverse effects. In fact, compared to traditional smoking methods, hotboxing can cause increased dizziness and confusion.

Heating oneself up in a sauna, steam room, or other hot environment is another method of using the same principle. Some users may experience behavioral changes as a result of this practice. Some people claim to feel suspicious and uneasy after hotboxing. Others report experiencing a sudden burst of energy. Memory loss can also be one of the consequences.

Various heart conditions can result from smoking marijuana in a small, enclosed space. People who frequently smoke cigarettes or joints are more susceptible to having a heart attack or stroke. When people smoke in closed spaces, they inhale larger quantities of burned material, which heightens the risk.

When you hotbox, it’s more difficult to monitor how much smoke you’re inhaling. Because of this, users of joints or pipes are estimated to consume double the amount of smoke compared to those who use vaporizers. More specifically, the greater the amount of smoke inhaled, the higher the risk becomes for having a stroke or heart attack. 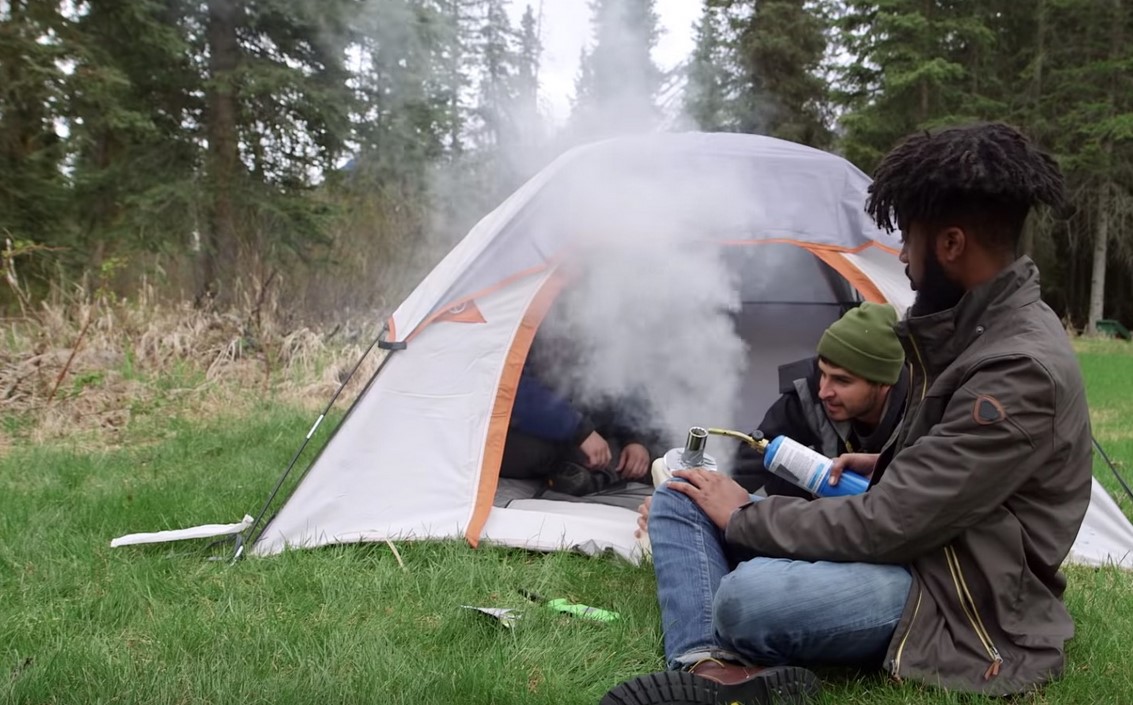 The following are devices that have more of an effect when hotboxing:

If you’re looking to enjoy marijuana without harming your lungs, then a vaporizer is perfect for you. Vaporizers work by heating up the marijuana and allowing users to inhale pure vapor from the device. They come in all sorts of designs, including pocket-sized ones, so you can take them with you wherever you go!

La cire pens are another form of equipment that may be utilized for hotboxing. These modified e-cigarettes allow users to vape marijuana wax and shatter concentrates. When compared to ordinary e-juice, THC content in the e-juice for e-cigarettes is lower, so it doesn’t give the same effects.

Joints are the most popular hotboxing method. Rolling tobacco with marijuana produces joints. You may substitute the rolling paper for a material that is thinner than normal paper. The primary goal of this is to make a larger joint that can contain more smoke.

Keep in mind that hotboxing isn’t hazardous, but it doesn’t imply that it’s risk-free!

When people exhale marijuana smoke, nearby bystanders can also become intoxicated from inhaling second-hand smoke. This is called a contact high and it’s not as dangerous as smoking or vaporizing weed, but it still causes harm.

Marijuana smoke, even when not smoked, is still dangerous for your lungs. When you hotbox yourself in a confined space, the chances of getting a contact high rise considerably. If you’re not a smoker, avoid being around your friends who want to try hotboxing since you might get marijuana without wanting it. 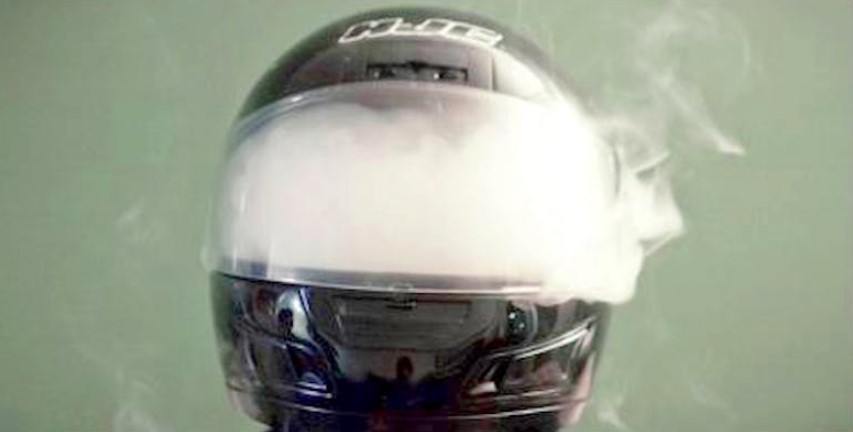 Marijuana can only be pleasant if you use safe techniques! Hotboxing may seem like a convenient alternative to smoking a joint or a pipe, but it isn’t. Remember that hotboxing raises the potency of cannabis, which means you might get hurt.

If you want a more powerful high but don’t want to take the risks, consider using vaporizers instead. You won’t have to worry about addiction or negative effects, allowing you to enjoy yourself with your friends!