Blue Cheese souche is a favorite for many reasons, including its distinctive flavor and feel. Blue Cheese is sure to remain a crowd-pleaser among medical and recreational consumers alike, thanks to its distinct taste and texture.

Blue Cheese is a cross of two classic strains from Europe that includes potent indica qualities. This plant has been bred by crossing Blueberry and UK Cheese, resulting in an excellent balance of relaxation without drowsiness.

With THC levels that are almost always high (often going beyond 20%), Blue Cheese will give you a full-bodied and intense high.

This plant is commonly used in the medical cannabis community to help alleviate many mental and physical ailments and pains.

Blue Cheese is known for its euphoric and cerebral effects that are sure to boost your mood. This unique strain will leave you feeling happy and satisfied, making it the perfect choice for social gatherings or a night in with friends.

Blue Cheese is a wonderful soothing strain that gradually sneaks up on you, invading your cerebral senses and releasing the joyful neurotransmitters. The Blue Cheese high is generally calm, with bursts of energy here and there, and it does an excellent job at unwinding and putting you in a deep state of relaxation.

In some cases, Blue Cheese may trigger feelings of hunger, making snacks or foods more appealing that are typically not eaten. 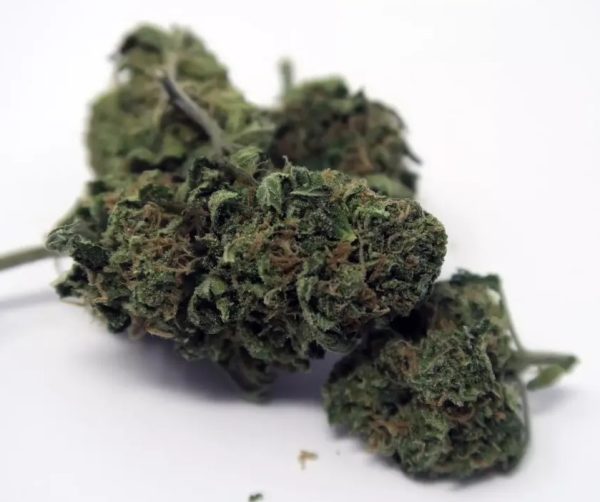 This foul-smelling strain is becoming increasingly popular for its unique smell. When you first catch a whiff of it, you’ll likely be reminded of cheese mixed with the sweetness of blueberries. Its intense smell is guaranteed to stir up some strong emotions in you.

Blue Cheese has a distinctive aroma that is quite different from most other scents, yet it is one that you will like without understanding why.

The unique flavors of blue cheese and blueberries is an experience like no other. The pungent smell of cheese mixed with the sweetness of berries creates a tantalizing flavor profile that will leave you wanting more.

The combination of these two variants, on the other hand, produces a delectable flavor that is reminiscent to the fragrant cheese it was named after.

This potent indica strain has surprisingly few side effects. For users who aren’t used to strong strains, they might experience a mild sensation of feeling paranoid and anxious. Dizziness can also be observed in some cases but is relatively rare.

Despite not being a pure indica, this strain won’t necessarily make you drowsy. However, as with many strains, cottonmouth and dry eyes are possible negative reactions.

Blue Cheese is a cannabis strain that has been found to be highly effective in treating anxiety disorders, with preliminary research showing it can help with post-traumatic stress disorder and bipolar disorder. This revitalizing and restorative strain may also be used to calm down children who are acting up.

The regular use of Blue Cheese strains has shown to be an effective treatment against stress and depression for some patients. Other potential benefits may include reducing pain-induced stress and numbing the sensation of pain itself.

The indica and sativa in Blue Cheese work together to create a relaxed but not sleepy high, perfect for unwinding at the end of the day. Plus, this strain will leave you feeling happy and content long after you smoke it.

It’s been praised for being highly useful in the treatment of persistent and chronic pains. This strain is a strong muscular spasms and chronic back pain reliever, allowing patients to live more pleasant lives while treating their problems. 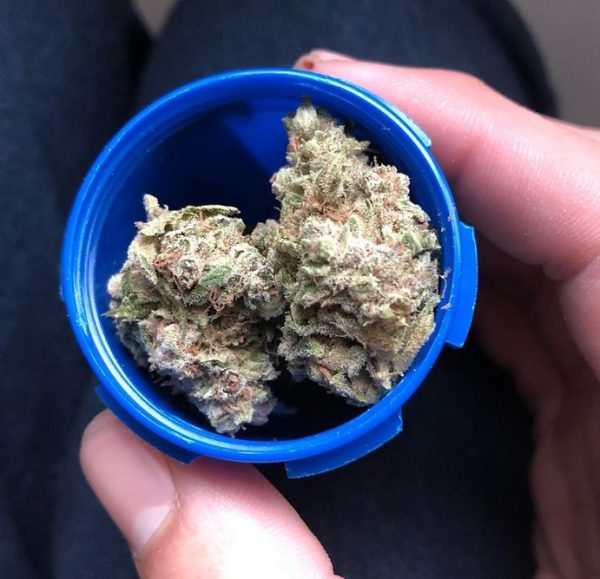 It’s no surprise that this fragrant strain became so popular. It is simple to cultivate and naturally mold resistant. This plant, unlike many of its relatives, thrives best in a slightly cooler climate. When properly cared for, this strain has the potential to produce a fair amount of bud material depending on conditions.

A strain of marijuana known as Blue Cheese has a yield capacity of approximately 18 ounces per square meter when grown indoors. This plant takes an average 8 to 9 weeks to blossom and mature for harvesting.

In the case of outdoor cultivation, this strain, which prefers a little less heat and more light wind, is generally ready for harvesting by the end of September. Each harvest, each plant should produce about 19 ounces.

What is the Blue Cheese strain yield?

18 ounces per square meter indoors and 19 ounces or more per plant outdoors are the average yields of Blue Cheese.

How much THC does Blue Cheese strain have?

What are the origins of the Blue Cheese strain?

Blue Cheese was created in Europe by crossing British Cheese with Blueberry, and it’s still produced there.