According to the National Institutes of Health, people have used marijuana, or cannabis, to treat their ailments for at least 3,000 years. However, the Food and Drug Administration have not deemed cannabis safe or effective in the treatment of any medical condition, although cannabidiol, a substance that is present in cannabis, received approval in June 2018 as a treatment for some types of epilepsy.

Cannabis is being increasingly legalized in the U.S and Canada., but is it safe?

This tension, between a widespread belief that cannabis is an effective treatment for a wide assortment of ailments and a lack of scientific knowledge on its effects, has been somewhat exacerbated in recent times by a drive toward legalization.

Twenty-nine states plus the District of Columbia have now made cannabis available for medical — and, in some states, recreational — purposes.

A recent study published in the journal Addiction also found that use of cannabis is increasing sharply across the United States, although this rise may not be linked to the legalization of cannabis in participating states. Nevertheless, this rise in use is prompting major public health concerns.

In this article, we look at the scientific evidence weighing the medical benefits of cannabis against its associated health risks in an attempt to answer this simple question: is cannabis good or bad?

What are the medical benefits of cannabis?

Over the years, research has yielded results to suggest that cannabis may be of benefit in the treatment of some conditions. These are listed below.

Last year, a large review from the National Academies of Sciences, Engineering, and Medicine assessed more than 10,000 scientific studies on the medical benefits and adverse effects of cannabis.

One area that the report looked closely at was the use of medical cannabis to treat chronic pain. Chronic pain is a leading cause of disability, affecting more than 25 million adults in the U.S.

The review found that cannabis, or products containing cannabinoids — which are the active ingredients in cannabis, or other compounds that act on the same receptors in the brain as cannabis— are effective at relieving chronic pain. 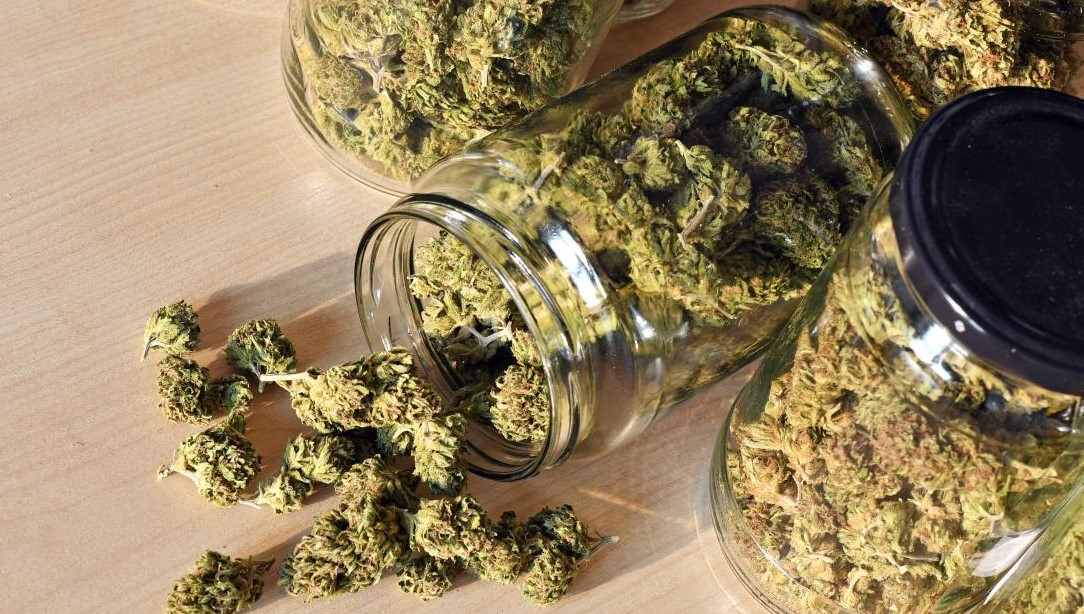 Another comprehensive review of evidence, published last year in the journal Clinical Psychology Review, revealed that using cannabis may help people with alcohol or opioid dependencies to fight their addictions.

But this finding may be contentious; the National Academies of Sciences review suggests that cannabis use actually drives increased risk for abusing, and becoming dependent on, other substances.

Also, the more that someone uses cannabis, the more likely they are to develop a problem with using cannabis. Individuals who began using the drug at a young age are also known to be at increased risk of developing a problem with cannabis use.

The review published in Clinical Psychology Review assessed all published scientific literature that investigated the use of cannabis to treat symptoms of mental illness.

Evidence to date suggests that cannabis could help to treat some mental health conditions.

Its authors found some evidence supporting the use of cannabis to relieve depression and post-traumatic stress disorder symptoms.

That being said, they caution that cannabis is not an appropriate treatment for some other mental health conditions, such as bipolar disorder and psychosis.

The review indicates that there is some evidence to suggest that cannabis might alleviate symptoms of social anxiety, but again, this is contradicted by the National Academies of Sciences, Engineering, and Medicine review, which instead found that regular users of cannabis may actually be at increased risk of social anxiety.

Evidence suggests that oral cannabinoids are effective against nausea and vomiting caused by chemotherapy, and some small studies have found that smoked cannabis may also help to alleviate these symptoms.

Some studies on cancer cells suggest that cannabinoids may either slow down the growth of or kill some types of cancer. However, early studies that tested this hypothesis in humans revealed that although cannabinoids are a safe treatment, they are not effective at controlling or curing cancer. 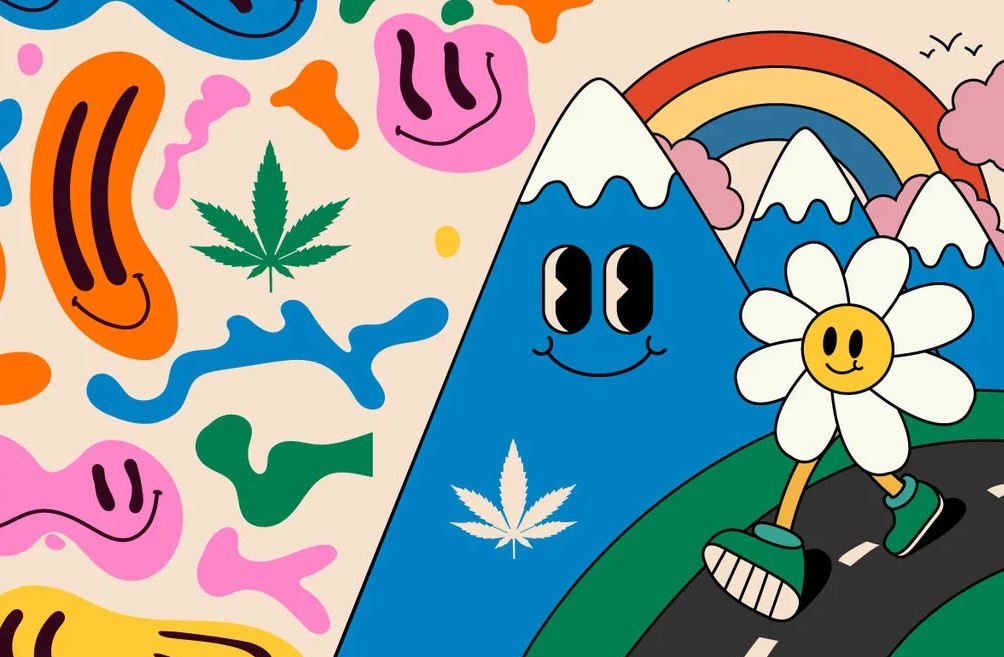 The short-term use of oral cannabinoids may improve symptoms of spasticity among people with multiple sclerosis, but the positive effects have been found to be modest.

In June 2018, the Food and Drug Administration (FDA) approved the use of a medication containing cannabidiol (CBD) to treat two rare, severe, and specific types of epilepsy — called Lennox-Gastaut syndrome and Dravet syndrome — that are difficult to control with other types of medication. This CBD-based drug is known as Epidiolex.

CBD is one of many substances that occurs in cannabis. It is not psychoactive. The drug for treating these conditions involves a purified form of CBD. The approval was based on the findings of research and clinical trials.

A study published in 2017 found that the use of CBD resulted in far fewer seizures among children with Dravet syndrome, compared with a placebo.

Dravet syndrome seizures are prolonged, repetitive, and potentially lethal. In fact, 1 in 5 children with Dravet syndrome do not reach the age of 20 years.

In the study, 120 children and teenagers with Dravet syndrome, all of whom were aged between 2 and 18, were randomly assigned to receive an oral CBD solution or a placebo for 14 weeks, along with their usual medication.

Research indicates that cannabis could help to treat epilepsy. The researchers found that the children who received the CBD solution went from having around 12 seizures per month to an average of six seizures per month. Three children receiving CBD did not experience any seizures at all.

Children who received the placebo also saw a reduction in seizures, but this was slight — their average number of seizures went down from 15 each month before the study to 14 seizures per month during the study.

The researchers say that this 39 percent reduction in seizure occurrence provides strong evidence that the compound can help people living with Dravet syndrome, and that their paper has the first rigorous scientific data to demonstrate this.

However, the study also found a high rate of side effects linked to CBD. More than 9 in 10 of the children treated with CBD experienced side effects — most commonly vomiting, fatigue, and fever.

The patient information leaflet for Epidiolex warns of side effects such as liver damage, sedation, and thoughts of suicide. 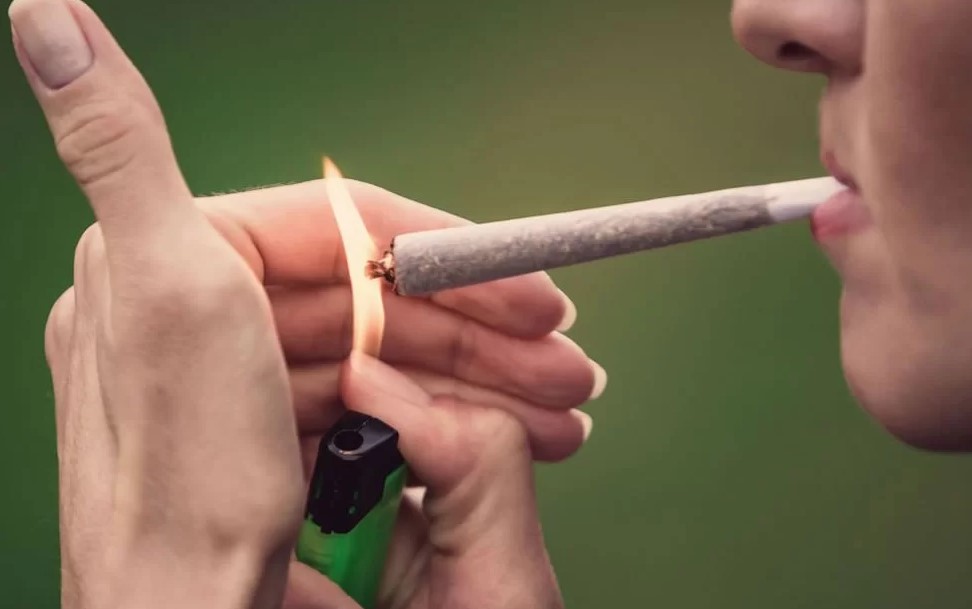 What are the health risks of cannabis?

At the other end of the spectrum is the plethora of studies that have found negative associations between cannabis use and health. They are listed below.

Moderate evidence suggests that regular cannabis users are more likely to experience suicidal thoughts, and there is a small increased risk of depression among cannabis users.

Regular cannabis smoking is linked to increased risk of chronic cough, but “it is unclear” whether smoking cannabis worsens lung function or increases the risk of chronic obstructive pulmonary disease or asthma.

A 2014 study that explored the relationship between cannabis use and lung disease suggested that it was plausible that smoking cannabis could contribute to lung cancer, though it has been difficult to conclusively link the two.

So, is cannabis good or bad for your health?

There is evidence that demonstrates both the harms and health benefits of cannabis. Yet despite the emergence over the past couple of years of very comprehensive, up-to-date reviews of the scientific studies evaluating the benefits and harms of the drug, it’s clear that more research is needed to fully determine the public health implications of rising cannabis use.

More research is needed to confirm the harms and benefits of cannabis use.

Many scientists and health bodies — including the American Cancer Society (ACS) — support the need for further scientific research on the use of cannabis and cannabinoids to treat medical conditions.

However, there is an obstacle to this: cannabis is classed as a Schedule I controlled substance by the Drug Enforcement Administration, which deters the study of cannabis and cannabinoids through its imposition of strict conditions on the researchers working in this area.

If you happen to live in a state where medical use of cannabis is legal, you and your doctor will need to carefully consider these factors and how they relate to your illness and health history before using this drug.

For instance, while there is some evidence to support the use for cannabis for pain relief, you should certainly avoid cannabis if you have a history of mental health problems.

Remember to always speak to your doctor before taking a new medicine.