Many cannabis growers argue over which high-stress training method is better – Topping or FIMming. Both have the potential to greatly improve your harvest in terms of quantity and quality. By sacrificing a portion of the plant early on, you can stimulate growth and produce more colas. But how does this process work? If you’re wondering about the best way to train your plants, read on for more information about the pros and cons of each method. We’ll also discuss which method is most suitable for various types of growers.

Cannabis growers use topping during the vegetative cycle to control plant growth. Topping involves cutting off the top part of a plant to stop vertical growth and encourage lateral (sideways) growth on lower branches. It may seem counterintuitive, but this is an important step in ensuring strong, healthy plants with good yields. Topping may seem like it will stunt the plant’s growth, but it is actually beneficial in the long run. Cutting off the main shoot evens out growth hormone distribution towards lower parts of the plant. This encourages small side branches to grow outwards and become large buds.

By topping your plant, you help redistribute growth hormones to smaller stalks at the lower end of the plant. This allows them to receive more attention and grow into large, dense colas coated with THC crystals. Topping also creates a flat, leveled canopy so that all parts of the plant can receive an equal amount of light. Without topping or FIMming, a cannabis plant will simply grow vertically, focusing all its energy on a main stalk and secondary side-branches, which results in only one main developed cola with smaller flowers surrounding it. Not only does this lead to many smaller and less dense buds in the finished product, it also takes away from the potency of the main colas. Topping tackles this and helps you achieve a healthier plant with higher-quality buds.

How To Top Cannabis?

Topping a cannabis plant is a high-stress training (HST) method that really flourishes when the plant is developed enough to face extreme changes like losing part of itself! To get going, you’ll need a plant mature enough for the process and a pair of pruning scissors/a sterile blade. To minimize risk of contamination at the cut, remove any loose bits of stalk and ensure your tool of choice is as sharp as possible, as you should aim for one clean cut. For the first time topping a plant, a grower’s rule of thumb is to cut the plant above the third node. This is done to ensure your plant can handle the stress, in addition to having enough branches at the bottom for the plant to bush out correctly. 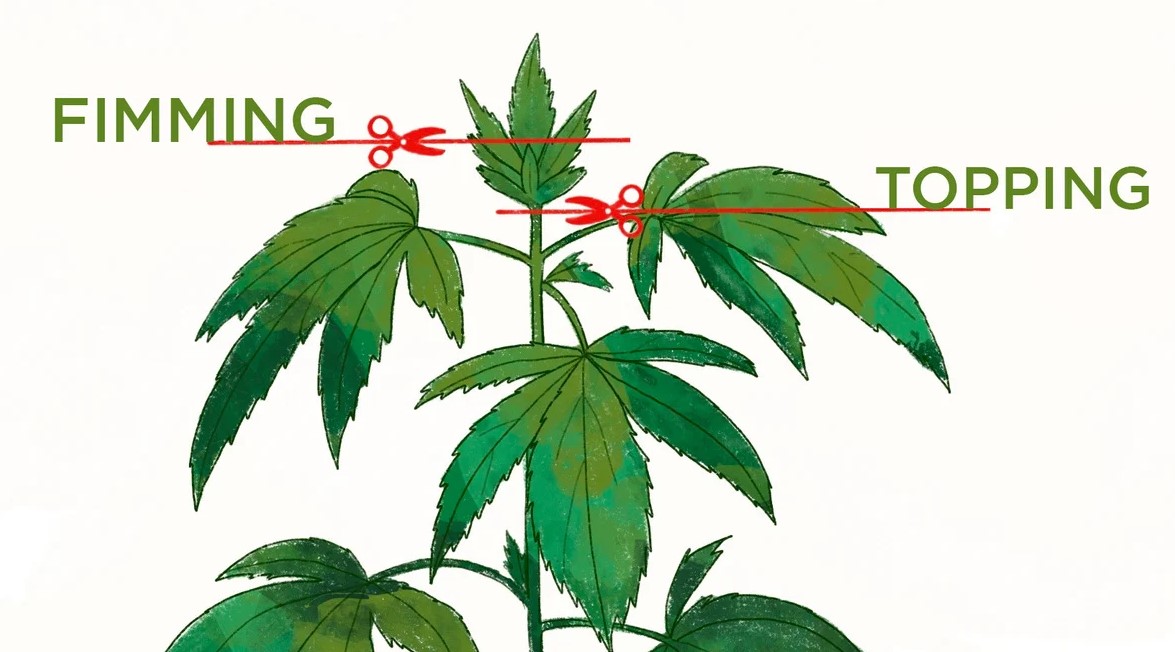 How To Decarboxylate Cannabis

Make sure to monitor your plant and you’ll soon see that the bottom has started to accelerate in growth. This is partly because it has now directed more energy to the lower branches, which will begin to keep up with the main stalk, and in part because the main stalk has experienced high stress and in turn has had its growth stunted. This occurs over a couple of weeks, after which point you may top again if desired. For any following toppings on the same plant, cut each branch above the second or third node. The total number of times you top depends on the number of tops you would like to end up with, so there’s no one right or wrong answer!

FIMming is a revolutionary cannabis-growing technique that allows growers to increase their plant’s yield significantly while also making the plant more manageable. Because FIMs are never identical, expecting an identical result each time would be unrealistic.Commonly referred to as ‘FIM’, the act of cutting a young cannabis plant in a certain way is historically known as an acronym for “F**k! I missed”. The key difference between topping and FIMming is the location at which the cannabis plant is cut. With FIMming, you remove any new growth while avoiding any cuts between the nodes, whereas with topping, you cut off the top of the plant altogether.

At GasDank, you always get more than just seeds. Want to learn what bonuses you can get when ordering at GasDank?

Many cannabis growers choose to FIM their plants because it all but guarantees them a larger yield. This is because FIMming allows the plant to produce four colas at once, in comparison to topping which produces only two. FIMming also does not cause the plant as much stress as topping and allows for a quicker recovery. This is highly beneficial, as FIMming can be performed multiple times, allowing for huge harvest potential. Another benefit is that it enables growers to control the canopy of their plants, keeping it balanced for optimal growth.

How To FIM Cannabis?

FIMming is a high-stress training (HST) method used by cannabis growers to maximize their final yield and is the act of pinching or cutting a young plant during its vegetative cycle to create more colas. To begin with, you’ll need a plant mature enough to handle the process and a pair of sharp pruning scissors/a sterile blade. To prevent any potential contamination at the cut, remove any loose stalks beforehand. It is advised to FIM when the plant is still young, with 3-5 nodes in total. You should aim for a clean cut at the top of the plant where there any new growths, avoiding cutting between nodes (compared to topping, in which you’d cut the top off the plant between nodes).

It is essential that you monitor your plants after FIMming, as it will begin to create other stalks that will grow out and produce large, dense buds. Unlike topping, FIMming doesn’t stress the plant as much, resulting in a quicker recovery time.

When selecting which HST methods to use, there are many elements to think about. Because both have distinct advantages and disadvantages, it is your responsibility to determine what will work best for you. For example, FIMming offers more benefits for indoor or micro-growers who don’t have a lot of space because it helps them yield the most amount of plants possible. On the other hand, topping is often chosen by outdoor and large commercial growers since they can top a plant several times so that it produces a robust herbe that doesn’t need as much support compared to those that were FIMmed.

If You Choose Topping

If You Choose FIMming 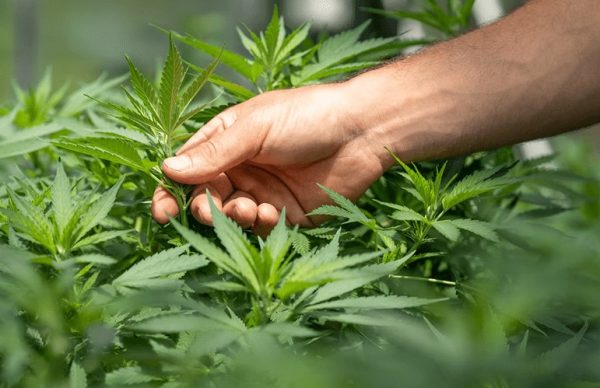 Tips For Topping And FIMming

Topping and FIMming both entail the removal of some growth at the top of a young cannabis plant, and both result in the development of extra colas. Here are some tips for topping and FIMming that will make your growing experience even more successful.

If you want your plant to have the best chance at growing multiple, large, and dense flowers, use Topping or FIMming. Many experienced growers understand that high-stress training methods – even though they may look painful – can actually help your plants reach their full potential. With these techniques, a few strategic snips can make all the difference in the world.