Cannabis distillates are the concentrated extracts of cannabis plants found in vape cartridges, edibles, and topical applications all around the world. A single cannabinoid is combined with pure and concentrated oil to make distillates. There’s no need to worry about their yellowish tint or hazy appearance. Marijuana distillate is manufactured by extracting and purifying various quantities of raw cannabis or hemp plant material using a variety of techniques.

What is a Distillate Pen? 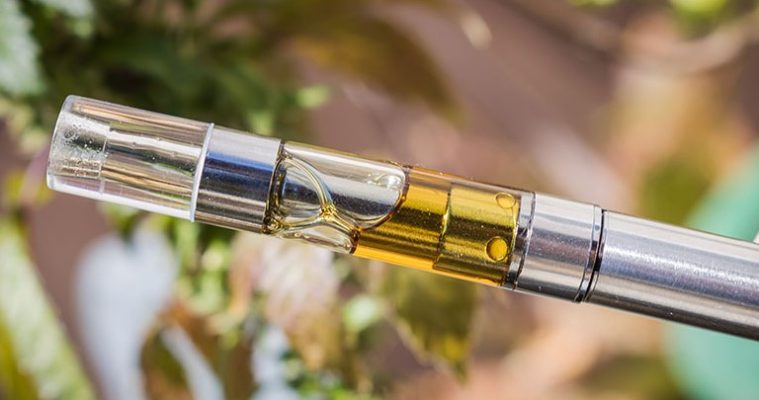 What Is Cannabis Distillate?

It can be difficult to know what cannabis extracts are available as a new user. Simply defined, cannabis distillate is a form of cannabis extract that has been through a distillation process to generate a pure substance with almost 100% CBD or THC content. Processors use distillation equipment during the separation procedure to isolate the desired component, particularly THC or CBD, from the solvent and other components.

Cannabis and hemp are made up of hundreds of distinct chemical components, including cannabinoids, terpenes, flavonoids, and other compounds. The majority of the flavor and fragrance from the plant’s terpenes are lost during the process. Terpenes have been shown to enhance the therapeutic effect of cannabinoids; however, they are not always appreciated.

Distillates take on a translucent appearance since all of the wax, lipid, and undesirables are eliminated. It has a thick and sticky texture with a high amount of potency (up to 98 percent cannabinoids as opposed to 60 to 80% in undistilled extracts).

THC distillate is a highly concentrated form of the anti-inflammatory and pain-relieving tetrahydrocannabinol (THC) compound that’s ideal for high tolerance users or medical marijuana patients who require high dosages of THC. THC distillate has a significantly higher concentration of psychoactive THC than other methods. It can help with pain, muscular spasticity, glaucoma, insomnia, loss of appetite, nausea, and anxiety by acting on receptors in the brain.

Cannabidiol (CBD) is a chemical component of cannabis that has a less powerful psychotropic effect than tetrahydrocannabinol (THC). CBD distillate contains no THC and a virtually pure concentration of CBD. CBD distillate is a strong extract designed to deliver all of cannabis’ and hemp’s health advantages without the high. CBD has been found to enhance seizure prevention, reduce inflammation, alleviate pain, nausea, depression, anxiety, and headaches.

The unique fragrance of each cannabis plant souche is due to the terpenes present. Terpenes, which are present in lesser amounts than cannabinoids, give a powerful aroma that may fill a space. Flavonoids are even less abundant and are responsible for the hues in your buds. Removing these chemicals helps manufacturers produce an identical extract that can be flavored after.

What Is the Difference Between Distillate, Oil, and Isolate?

Cannabis oil is known by a variety of names, making it difficult to keep track of. The consistency of cannabis distillate is always thick. It’s a form of cannabis oil, but not all oils are distillates. Distillate refers to oils that have been distilled after being extracted, stored, and decarboxylated from cannabis plants. Live resin, butane hash oil (BHO), Rick Simpson Oil (RSO), or hemp-derived CBD oil are all types of cannabis oils that are similar yet not identical.

Many people get confused since both distillate and isolate focus on a single cannabinoid. In reality, because distillation methods are used to purify the cannabinoid extract, isolate is actually a form of distillate. Although cannabinoids isolates are technically pure crystalline powder forms of the therapeutic chemical, they are entirely pure. Consider distillate to be a less refined but equally effective extract that produces powerful responses

How is distillate made? 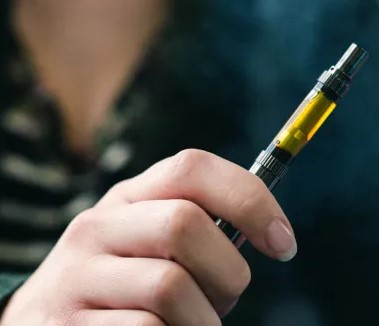 Cannabis distillates are cannabis extracts that have been purified and processed to separate the cannabinoids (such as THC and CBD) into precise amounts. They’re created from cannabis concentrates that have been winterized, decarboxylated, and then distilled.

In the interest of safety and health, distillates should be handled by experts with adequate equipment and in a safe way under controlled circumstances since the setup and materials need precision and accuracy.

The manufacturing process generally starts with crude oil extraction, which is any technique that separates the cannabinoids from the cannabis plant material. Physical separation technologies such as sieving or rosin tend to produce concentrates containing more plant contaminants than chemical-based extraction techniques like Butane Hash Oil (BHO) or supercritical fluid carbon dioxide extraction. When cannabinoids are extracted using a method that does not remove all of the contaminants, such as chemical or physical purification, the crude extract produced contains impurities that must be eliminated before the oil can be split into its individual cannabinoids.

The process of purifying distillate raw material, also known as crude extract, is known as winterization. It is a technique for removing plant waxes, fats, lipids, and chlorophyll from the crude extract. The juice is combined with alcohol. After 24 to 48 hours in the freezer, the solution becomes solid. When the temperature is lowered, impurities coagulate and precipitate; or they separate and fall to the bottom of the container. When frozen, it forms a thickening that looks like baking a chicken when any extra grease and blood seep away into the pan. The plant material and ethanol solution are afterwards filtered through a filter. The ethanol is subsequently removed after filtering. A rotary evaporator or a falling film evaporator may be used to remove ethanol in a variety of ways.

The concentrate at this point would not be very effective. THC is a well-known psychoactive chemical that produces an intoxicating effect. THCA, on the other hand, is what’s present in this stage. After heat is applied, THCA does not produce any intoxication. Decarboxylation is the process of converting THCA to THC.

The objective of decarboxylation is to convert THCA into THC. When THCA is exposed to heat at 220 degrees Fahrenheit, or 104.44 degrees Celsius, or a flame, it begins on the road to decomposition into THC. In order to add active cannabinoids like THC and CBD to edibles, sweets, and drinks, extractors will decarboxylate cannabis oil before combining the end result with additional components.

The actual cannabis distillation procedure is the final stages for producing this cannabis oil. Cannabinoids and terpenes can be extracted from the decarboxylated extract using vacuum pressure and heat, according to their own boiling points and molecular weights. In a vacuum environment with extremely tight control of pressure, the boiling point of can be reached at much lower temperatures to avoid losing potency.

How to Use Cannabis Distillates

Cannabidiol (CBD) and tetrahydrocannabinol (THC) distillate can be utilized in a variety of medicinal and recreational applications. It is popular among extraction firms and consumers because to its versatility. Smoke it, vape it, cook with it, or make relaxing lotions and creams infused with THC or CBD—the choice are infinite. Cannabis distillate may now be found in virtually every product available on the market.

Dab rigs, which are essentially glass bongs with electronic nails (e-nails), are popular for distillate concentrates such as hash. Dab rigs and e-nails are great for home use since they enable for high doses to be delivered using heated surfaces. E-nails, in particular, may be operated with a digital controller and power source to vaporize cannabis oil at consistent temperatures thanks to their temperature consistency. E-nails offer the advantage of not having to worry about utilizing a torch and predicting your heat up and cool down periods while heating cannabis oil.

Portable vaporizers and certain battery-operated vape pens are great for on-the-go usage. CBD or THC distillate is found in many vape pen cartridges (some of which may also be used with other add-ons), which can be discarded when they are done. Another option for a portable vape pen’s heating chamber is CBD or THC distillite.

Many users may smoke their distillates to improve the potency of their dried cannabis flower, even if dabbing distillates is the preferred technique for high concentrations. Simply place a little dollop of your cannabis oil on top of a packed bowl or inside/outside your joint for an enhanced experience.

Cannabis distillates are used in the production of edible goods. Distillates can be added to foods or beverages of your choosing. Add this decarboxylated oil straight to your finished meal or use it as an ingredient while cooking. The flavorless and odorless nature of a distillate allows you to make edibles that don’t have the distinctive taste and odor of cannabis.

You can also take distillate sublingually, which is faster than orally absorbing the drug. The THC cannabinoids are supposed to bind to fat in order for them to be absorbed. Because THC cannabinoids adhere to fat, it’s a good idea to use a carrier oil like coconut oil, MCT oil, butter or other food-grade oil as a binder when consuming the extract decarboxylated. Even after being decarboxylated, the extract needs help entering into the mucous membranes under the tongue. Warm up the mixture before dissolving it by stirring it for approximately two minutes; you’re ready to go now.

You can also use THC distillates and other cannabinoids in a variety of topical products, including lotions, creams, and salves. Recipes call for cannabis distillate and a carrier oil like coconut oil, as well as your favorite fragrant oils. Because the cannabinoids are unable to pass through the blood-brain barrier, the salve infused with them will not give you a high.

WHY PEOPLE LOVE TO USE THC DISTILLATES

The high strength of our THC distillates is one of the reasons for their appeal among patients. A distillate with a purity rating of 99 percent means that you have 990 mg of THC in a one-gram syringe. The purity of this type of 100% pure THC is without equal for individuals using it only for medical purposes.

THC distillates, like other cannabinoids, can be vaped, topped off with THC to smoke them, sublingually or even as a suppository. It may also be used to create anything that is edible thanks to the THC being activated (decarboxylation). This form of marijuana is highly adaptable and may be effortlessly added into any type of consumption format the user prefers. Furthermore, since we have control over the chemical makeup of the product, we are able on a molecular level to determine how much flavor (if any) is returned by re-addition of terpenes.

WHAT ARE THE NEGATIVES?

According to High Times Magazine, there is a widespread misconception that distillates are the “hot dog” of concentrates, implying they are created from the “leftovers” of plant trimmings. This widely misunderstood notion is incorrect because distillate production is a refinement of concentrate oil, not the other way around.

THC distillate can be extracted from a combination of leftover plant trimmings in some situations, and while most distillates have extremely high strength, the end product’s potency is completely dependent on its origin. For example, low-quality flower will produce low-quality distillate, and vice versa. Make sure you’re buying high-concentration THC distillates from trustworthy dispensaries like Grant Pharms MMC in Colorado Springs, CO to avoid these lower-quality THC distillates.

Although distillates are the cleanest cannabis product on the market, some patients find them to be too sanitary. Because increasing cannabinoid potency reduces terpenes—the compound that gives each strain its own smell and flavor—this may not be the most enjoyable consumption method for individuals who enjoy the sensory aspect of marijuana. However, this may be the reason distillates are attractive to medical users seeking only for alleviation. The good news is that distillers are able to re-add terpenes to the distillate at the conclusion of the process, which will dilute the overall potency but restore the delicious flavor and scent that terpenes create.