Cannabis wax is a form of cannabis that has been hardened or “waxed” using various methods. From its distinctive texture to the many distinct flavor profiles available, cannabis wax has proved to be a hit among consumers. Wax is ideal for all types of users since to its strong effects and pain-relieving properties. Due To Its High THC Levels, Wax Is One Of The Most Desired Concentrates. While plants with a THC concentration of 30% are currently on the market, many wax concentrates have over 90% THC content.

What Is Cannabis Wax? 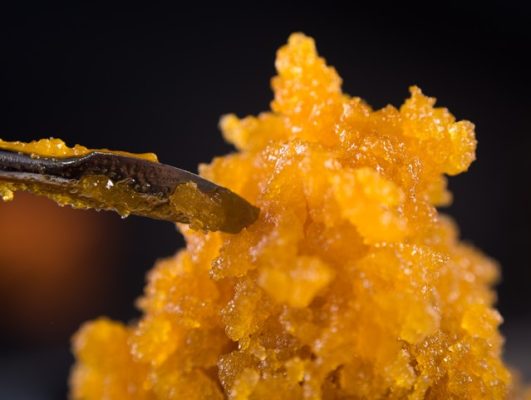 Wax is the end-result of an extraction procedure, in which THC is combined with a substance that is essentially pure THC. Depending on this technique, the wax can have a soft or hard texture and varying amounts of cannabinoids (hence the name). Cannabis wax might include up to 90% THC and deliver a truly one-of-a-kind high. If you’re looking for quick symptom relief because you have a severe medical problem, wax could be ideal for you.

Depending on the kind of wax you choose (which we’ll get into later), each has its own set of benefits and drawbacks. We recommend experimenting with several types until you discover one that best suits your preferences.

How Is Wax Produced?

Wax is a variety of budder, crumble, shatter, and several more names. It’s created by blasting the plant’s material with butane (or another solvent), collecting the THC in a gooey, highly-concentrated resin, and then distilling it.

Wax is a substance that has a sticky wax consistency (hence the name). And trust us, if you’re a beginner, it’s the most powerful hit you’ll ever take. Wax manufacturing is a time-consuming and scientific process that needs some technical chemistry knowledge. Making wax on your own isn’t recommended, but it’s perfectly possible if you pay attention to detail and are careful.

Waxes come in a wide range of forms, including shatter, crumble, budder, and everything in between. The major distinction between these types comes down to the product’s consistency and how you would like to handle and consume it. Shatter, for example, is more similar to glass in its shattering characteristics than budder is.

Wax type is a matter of personal taste, therefore experiment with each and determine which you like best! Shatter wax is well-known for its clean flavor and gleaming look.

Cannabis wax can be used in a variety of ways. The most popular method to consume wax is with a dab rig, which is essentially a water pipe with a nail attached. A nail is an attachment for a bong that has titanium, ceramic, or other substance to produce a wax burning surface.

Cannabis wax is also commonly vaporized. Most vaporizers have coils that are enough hot to handle cannabis wax, which is why it has become so popular. Wax may be used in a vape just as effectively as with any other form of extract. Many youngsters today are turning to cannabis wax because of its discretion and tasty tastes.

The most obvious advantage of using cannabis wax is that it offers greater potency. Little to no butane and a large amount of THC are present in high-quality wax. Furthermore, dabbing with a rig transforms the substance into a vapor, which may potentially reduce smoking-related lung damage owing to the high temperatures involved in the combustion process.

How do you use wax?

Dab rigs make it simpler to employ wax and assist the user in properly activating THC and terpene components. Dab rigs, on the other hand, may help you use wax more efficiently.

Wax is most often consumed using a dab rig or an oil rig since these devices allow users to experience the effects almost immediately. Rigs are bongs that have been developed with wax or concentrate use in mind.

Wax, unlike flower, cannot be combusted at temperatures below 400 degrees Fahrenheit. To dab wax, a tiny blowtorch is used to warm the little surface known as a nail to the desired temperature. A glob of wax may then be scooped up with the dab tool and spread around the nail when the dab nail is ready.

The nail and dab tool, or dabber, are composed of heat-resistant materials such as quartz or titanium. Wax evaporates from the hot nail surface while the user draws vapor into his or her mouthpiece through the nose.

Some smokers prefer a carb cap. The cap regulates airflow and vaporizes the wax at a significantly lower temperature than that of a conventional hookah. Lift the carb cap to inhale the vapor from the rig when you’re ready.

Dab rigs are now available in both electrical and mechanical designs, making it much easier to control and regulate the temperature. 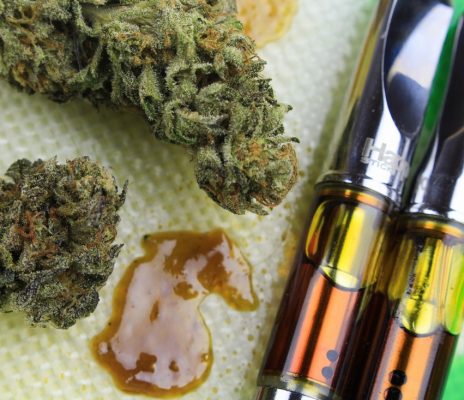 Vaping wax is just like smoking flower. While it is important to avoid overheating when smoking, experts recommend that you do not go above 150 degrees Fahrenheit. Vapors produced at higher temperatures tend to be harsher in taste, while lower temperatures create cleaner, smoother vapor clouds.

To vape wax, place a tiny amount of wax in the vaporizer’s heating chamber or on the heating coils. Turn on the vaporizer, heat to the desired temperature, and breathe in the vapors that escape from within it.

Wax may also be used to make other objects. You can roll a tiny ball of wax into a joint, spliff, or blunt, resulting in the joint burning more gradually and packing it with a greater punch. A twax joint is made by rolling wax into a joint.

You can also smoke herbe wax by:

How is wax different from other concentrates?

Shatter, wax, resin, rosin, sugar, sauce, hash, and oil are all examples of marijuana concentrates. Shatter is a type of concentrate that’s been broken down to maximize the potency of the plant. All concentrates are extracts that have been refined to increase potency while retaining the plant’s original taste and smell.

The texture and viscosity of a marijuana concentrate are what distinguish it from other concentrates. Wax is opaque and malleable, whereas shatter is glossy, brittle, and translucent. The potency, scent, and flavor characteristics of waxes can be identical to those of shatter or oil, however. Consistency in itself isn’t necessarily an indicator of flavor or THC concentration.

The consistencies of extracts are determined after the extraction process. Whipping develops wax. Clumpy buddah and a short whip produce a creamy budder. Wax has the distinct benefit of being simple to use, making dosage and smoking simple for novices.