The provided information is for educational purposes only. Gas-Dank does NOT condone the sale, use, or possession of any psychedelics. Understand and follow all laws relating to psychedelics in your state or region before researching or using them.

In this guide, we’ll explain everything you need to know about psilocybin mushrooms – also known as magic mushrooms or shrooms. We’ll cover how to identify and use them, what effects they can have, and more.

What Are Magic Mushrooms?

Psilocybin mushrooms are natural mushrooms that contain the psychoactive compound psilocybin. Psilocybin-containing mushroom species can be found on every continent and induce hallucinogenic/psychedelic effects when consumed. Once ingested, psilocybin is converted by the body to psilocin which causes their psychoactive effects. Other chemicals present in small amounts include baeocystin and norbaeocystin, but it’s unknown how much they contribute to the overall effect.

The liberty cap mushroom (Psilocybe semilanceata) is tiny in size, but has a high concentration of Active Ingredient. This species of fungus is widely distributed throughout Europe. Other forms of mushrooms may also exist in nature, including Psilocybe cubensis, which can be cultivated indoors.

Even though different types of magic mushrooms can have varying psychedelic effects because of psilocybin, science is still trying to understand how these drug strains’ effects can differ. 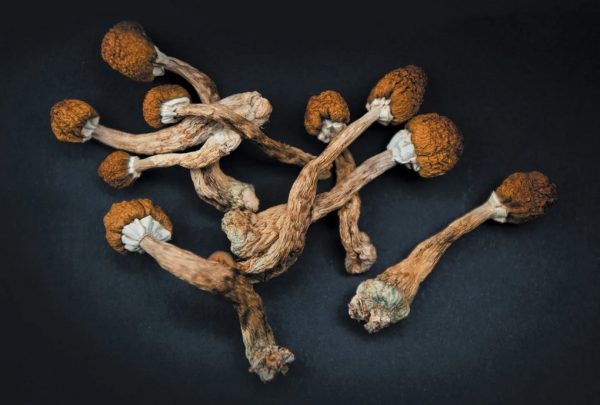 Hallucinogenic mushroom use produces unpredictable effects based on the individual, their setting, and how much they take.

People often report a range of emotions, from elation to grief, after using psychedelics. They may also become more aware of themselves and their surroundings. Some users say they feel like time is warping or that they’re experiencing synesthesia (tasting colors, for example).

Visual hallucinations are a common result of psilocybin use. These might take the form of colors and shapes shifting, halos or ribbons around objects, or complex patterns when your eyes are shut. Other frequent effects include a false perception that the world is pulsating or breathing, as well as more benign sensations such as inner calmness, contentment, or connection.

When taking magic mushrooms, the most crucial aspect is discovering the correct dosage. This number varies significantly from individual to individual. For first-time consumers, it is recommended that they start with a microdose in order to gauge how their body will react. People who have had experience consuming magic mushrooms often eat up to 5 grams or more at once for stronger psychoactive and hallucinogenic effects; however, doing this quantity may lead newcomers to feel paranoid.

You should only use psychedelics when you are comfortable and safe. If at all feasible, engage the services of a close friend or professional as your “trip sitter.” They should have prior knowledge about psychedelics and remain drug-free, so they can assist if necessary. 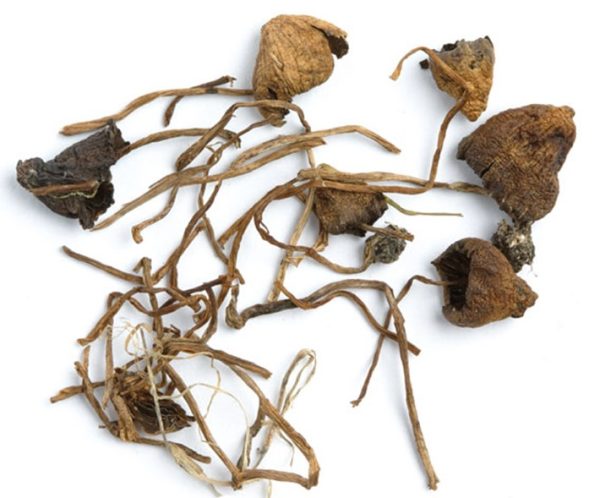 What is the Best Kind of Psychedelic Mushroom?

Although all types of magic mushrooms contain psilocybin, not all are created equal. Psilocybe cyanescens, or wavy caps, for example, are more potent than most. Another species with a healthy amount of psilocybin is Psilocybe azurescens.

Some other common types of magic mushrooms include:

What Kind of Mushrooms Get You High?

Psilocybin mushrooms are one of the many hallucinogenic fungus, including Amanita muscaria (also known as fly agaric).

Psilocybe cyanescens, on the other hand, does not function in the same manner as the organisms previously mentioned. Its intoxicating chemicals are ibotenic acid and muscimol, rather than psilocybin.

A fly agaric high is similar to being intoxicated on alcohol in terms of mood and coordination, although it produces unique psychedelic effects. This fungus causes euphoria and poor coordination in the later phases. Some users have reported having lucid dreams throughout the experience.

If you want to consume fly agaric, you have to prepare it a certain way; otherwise, the toxic levels will make you extremely ill.

Because there are so many distinct types of magic mushrooms, their appearance varies considerably. As a result, it’s best to learn about the local varieties when attempting to identify psilocybin mushrooms.

Psilocybe semilanceata, or Liberty Cap mushrooms, grow on every continent except Antarctica. They get their name form their small size and bell-shaped caps. In addition, they have wavy stems that may turn blue when touched.

Psilocybe cubensis is a prevalent type of psychedelic mushroom that may be found in tropical regions all around the world. They are parasol-shaped mushrooms with short stems and caps that range from light to golden brown. The caps become bulbous as they get older, but they eventually flatten out.

However, other varieties of magic mushrooms exist, each with its own set of characteristics.

How to Find Magic Mushrooms

Magic mushrooms are notorious for growing in lush environments with an abundance of both nutrients and moisture. Rich forest floors provide the perfect settings for these fungi, as theyfeed off of the decomposing matter rich in nutrients that dead trees offer. You’re most likely to find them near large freshwater sources such as ponds or lakes.

Mushrooms can also be found in rural areas without trees, such as Psilocybe semilanceata varieties. Although it is acceptable to gather these from the wild, you should avoid eating any that come from a farm where pesticides may have been used. Second, only eat magic mushrooms after you are certain of their identification with 100% certainty.

Picking the wrong species can result in sickness and death, which is fortunately not very common. 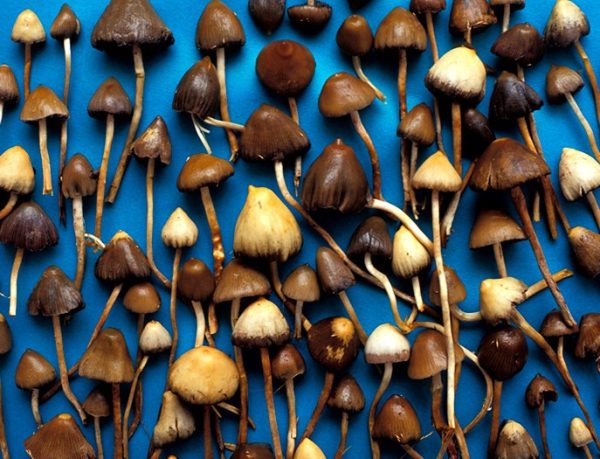 Psilocybin has a very low potential for harm, addiction, or overdose, according to research. However, it can occasionally induce negative effects.

Some of the more commonly reported side effects associated with mushrooms are:

Although this psychological, physical, and spiritual transformation may appear similar to the psychedelic experience LSD produces in some individuals, mushrooms have several physical side effects that might be quite unpleasant. Paranoia is one of them. Anxiety, panic attacks, and mood swings are also possible. By preparing correctly and establishing a positive mindset before tripping, one can minimize the chance of experiencing these negative symptoms.

Some individuals develop hallucinogen persisting perception disorder (HPPD), which is a rare but serious condition. This may result in altered perceptions for weeks or months after taking a psychedelic.

Additionally, magic mushrooms might have adverse effects when paired with other drugs–particularly those that already induce psychoactive experiences. For example, it would be dangerous to mix psychedelics and stimulants like Adderall or SSRI antidepressants. It’s also generally ill-advised to drink alcohol while usingmagic mushrooms.

How to Use Magic Mushrooms

While some people can stomach eating magic mushrooms, most find them incredibly unpleasant tasting. To make them more bearable, individuals often times Brewing recipes as a tea, mixthem with peanut butter or chocolate hazelnut spread,.

People also have the option to turn dry mushrooms into a powder and put them into capsules. This might be the best method for those microdosing mushrooms for health reasons.

In recent years, research on the medical uses of magic mushrooms has begun to emerge. Some of the ailments that researchers are looking into include:

While magic mushrooms are classified as a Schedule 1 Substance under the Controlled Substances Act, individuals may still have difficulty accessing psilocybin for medical use. The best course of action may be to investigate whether any clinical trials are ongoing in their area or travel to retreat centers where they are legal.

There is no evidence that magic mushrooms are addictive, and they may even help people struggling with other addictions like alcoholism.

What are the different forms of psilocybin mushrooms?

Some psilocybin mushrooms grow in the wild, while others must be cultivated from mycelium spores. Dangerous consequences can result from picking these mushrooms yourself as they are not always easy to identify correctly. There are over 10,000 known mushroom species, some of which are deadly to humans. It is easy to confound one mushroom with another if you don’t know the many types, species, and risks of various fungi.

Mushrooms are about 90% water and thus when dried, they lose approximately 90% of their weight. This indicates that the same quantity of magic mushrooms in a dry form will be ten times lower in weight than a fresh dose.

If mushrooms aren’t dried after harvest, they can rot quickly, contaminating not just the mushroom itself but also the psilocybin within. It’s never a good idea to consume rotten magic mushrooms because the mould will induce severe stomach problems without providing any psychedelic effects.

The global market for magic mushrooms is shady and unregulated, as psilocybin mushrooms are prohibited in almost every nation. Unless you’re an expert, it’s dangerous to get any type of magic mushroom (fresh or dry). There are many distinct types of psilocybe mushrooms, each with its own set of characteristics. If you eat a dose that you believe is low- potency,

Mushrooms that contain psilocybin in powder form can be purchased as capsules or as loose powder. The dangers of purchasing/receiving psilocybin in this state are greater than those associated with fresh or dried mushrooms. It is far easier to add impurities to powdered mixtures, which greatly increases the risk of substances of unknown origin, quality, and quantity being combined into what you believe is genuine psilocybin powder.

Keep in mind that natural products’ potency can differ depending on the species and where it originated. Psilocybin mushrooms are usually consumed fresh or dried, but they can also be brewed into tea, added to food, or just eaten as is. Drying them out removes most of their water content, so 10 grams of fresh psilocybin will function differently than 1 gram of dry powder. Although microdosing has become trendy lately, there’s still not much scientific research available about its effects. 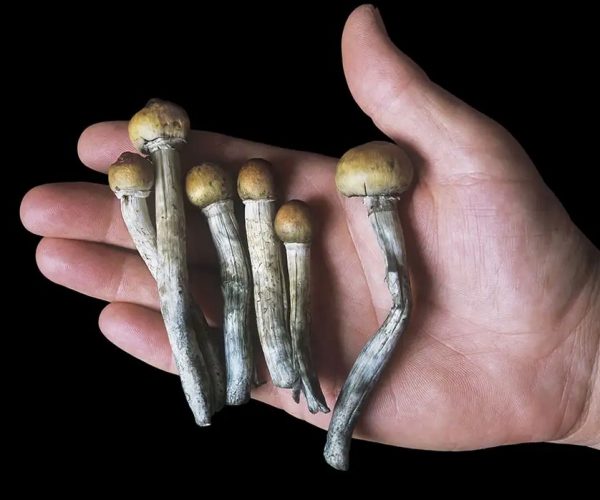 Humans have consumed magic mushrooms for thousands of years. They are not only utilized in numerous spiritual and religious rituals, but they also have a devoted following of recreational users. Magic mushrooms may also be used therapeutically by an increasing number of individuals.

Even though their legal status has impeded research in the last century, researchers are now beginning to understand psilocybin’s therapeutic benefits.

We predict that magic mushrooms will continue to show evidence of helping people with different issues. Although, it’s important to remember that in most places magic mushrooms are still illegal. People who choose to use them do so understanding the risks involved.