Cannabis has been used to treat a wide range of diseases, including multiple sclerosis and depression. People suffering from bipolar disorder are now using medical marijuana to help control their condition.

What is Bipolar Disorder?

Bipolar disorder is a brain disease characterized by wide mood swings, ranging from sadness to euphoria and mania. Depression sufferers might feel hopeless or sad, and they may begin to lose interest in daily activities. When individuals have bipolar disorder, their energy levels can change into hypomania or mania. Patients can feel excessively energetic or irritable during these mood swings. Their activity, behavior, sleep quality, judgment, and ability to think clearly could be affected by the shifts in mood swings. 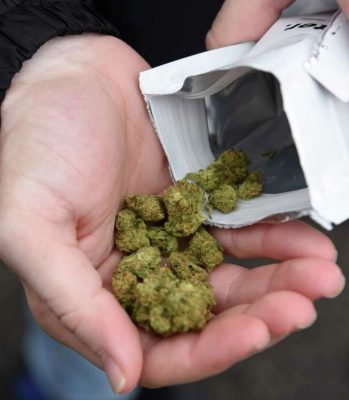 Mood swings can occur several times a year or just once in a while. Some people may be affected by emotional symptoms, whereas others may not. Despite the fact that bipolar disorder generally has a significant impact on patients’ lives, medical marijuana treatment might help to manage its symptoms and mood swings.

The studies were conducted on rats and mice, so no souche or dose was investigated. The three papers looked at only one type of cannabis: CBD. Bipolar patients have a lot of choices for alleviating their symptoms since there are numerous distinct types of strains available.

Indica strains have a soothing impact and can help to relieve anxiety. Sativa strains make you feel better by stimulating and elevating your spirits. Cannabis may also be used in conjunction with other medications as part of a treatment plan for bipolar disorder. The following are some great varieties to experiment with:

Cannabis is sometimes associated with the notion that it must be smoked. However, this plant may be used in a variety of ways. Trying a different approach to consume can provide you with a variety of benefits, including greater privacy. It may also modify the way you feel, such as how strong or long you’re high. Here are some alternative methods to take cannabis:

While whether or not to use medical cannabis to treat bipolar disorder remains uncertain, you’ll be the only one who knows if it helps. Look for a medical marijuana dispensary or a doctor that is certified with cannabis so you can talk about how this powerful plant may help relieve your melancholy or manic episodes.

Bipolar illness, for example, has been shown in studies to be hereditary and possible to skip a generation of diagnosed instances. Beyond the well-known causes of brain chemical imbalances and faulty chemical transmitter transmission between brain cells. It’s unclear why certain people are predisposed to bipolar disorder and others aren’t. Similar to a battery, bipolar describes the poles of mood: one is cheerful, while the other is sad.

Bipolar disorder usually entails big fluctuations in mood. This can range from a high sense of energy and an inflated idea of self-esteem to severe depression and tiredness, leaving the patient unwilling to get out of bed daily. The more severe the cycle, the more hazardous the circumstances for a person with bipolar disorder are, since both extremes might cause death by suicide, automobile accidents, or carelessness.

In the past, emotional cycles have been treated with strong medicines and even electroshock therapy. These unethical therapies have resulted in patients being overmedicated and overtreated, prompting researchers to search for less harsh options to treat bipolar disorder. 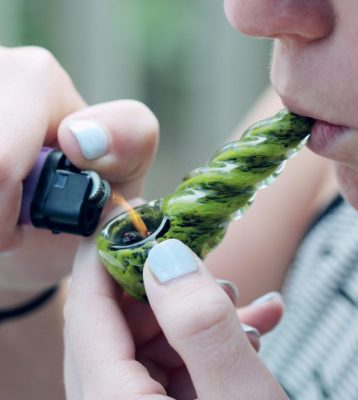 What Are the Side Effects and Symptoms of Bipolar Disorder That Can Be Treated With Medical Marijuana?

Various symptoms associated with Bipolar Disorder may be treated with medical cannabis, including:

Cannabis plants with indica and sativa genetics can be used together or separately to treat the symptoms of a cycle.

Indica is frequently used to relax, reduce anxiety, and sleep well. Indica may be utilized when the patient is having a high cycle and doesn’t want to go down for a nap, eat, or concentrate. Sativa relieves mood swings while also being a stimulant. It’s most beneficial for people with bipolar disorder who are experiencing low periods. Through the use of medical marijuana, you may receive a lot of comfort without causing harm to your organs or causing long-term damage to your brain or liver.

Medical marijuana may assist with symptoms such as sleepiness and reduced appetite, which are common in bipolar patients. Marijuana Care Clinic is dedicated to educating the public about the advantages of medical marijuana for people who have bipolar disorder. We can be the initial step towards finding a competent doctor who will write you a prescription for medical cannabis more naturally and healthily. To begin your trip toward receiving healthy medical marijuana therapies for your bipolar disorder, contact us now.

Bipolar Disorder, for example, has been shown in studies to run in families and be inherited. It is possible that a generation of diagnosed cases may skip ahead. Beyond the known causes of chemical imbalances in the brain and faulty chemical transmission between cells, it’s unclear why some people are predisposed to bipolar disorder and others aren’t. Bipolar disorder is defined by two polarities: one is called “positive” because it refers to mood’s “good” effects, while the other is called “negative.”

Bipolar disorder is a mental illness characterized by manic and depressive episodes. The person with this condition may have rapid swings in mood, ranging from full energy and an inflated sense of self to deep sadness and tiredness, leaving them unwilling to get out of bed on any given day. Because they believe they can fly, race faster than a train, or do other seemingly impossible acts, the more rapid the cycle, the more hazardous the circumstances for persons with bipolar disorder.

Mood swings have been manipulated with some strong medications and even subjected to electroshock therapy throughout the last half-century. “One Flew Over The Cuckoo’s Nest” is all about mood disorders and bipolar treatments. Mood problems afflict half of the characters in the story. These harsh therapies, which left patients overmedicated and overtreated, sparked a search for “safer” medicines to treat these illnesses.

Lithium, the highly toxic substance used to recharge batteries, has been available in pill form to treat bipolar disorder for over 30 years. Its promising effects have kept it on the market, despite the fact that research has demonstrated that long-term lithium use damages speech and thought processes in the brain. Patients who take lithium on a regular basis must have routine blood draws to check for dangerous levels of the drug in their livers/systems.

According to researchers, one research and another study looked at the literature review of marijuana for bipolar disorder and found that some people with bipolar disorder use cannabis to treat their depression and manic symptoms. This indicates that marijuana has the potential to provide therapeutic benefits in bipolar disease.

Final Thoughts on the Best Marijuana Strains for Bipolar Disorder

Cannabis and bipolar disorder are still in their early phases of study. The major question is whether high THC strains will simply worsen anxiety and paranoia. It’s up to researchers to determine if this is the case or not.

Finally, a growing number of bipolar people are using cannabis as a treatment for their condition. However, It is important to see a qualified medical practitioner before using cannabis.