Many people are aware that cannabis is highly effective in the treatment of anxiety. Most patients, on the other hand, are unaware of the reasons for this or the specific chemicals that give cannabis its reputation for soothing and relaxing effects. If you want to purchase top-quality Cannabis for Anxiety, get it through a herbe livraison service. 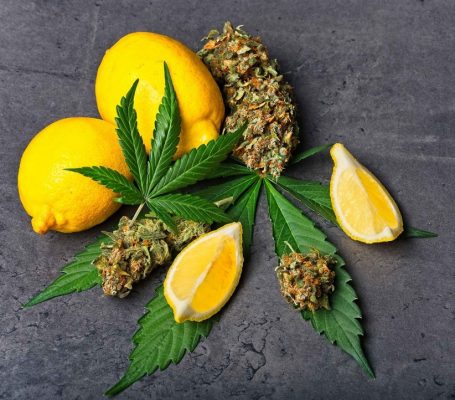 The answer is in terpenes, which are present in all cannabis strains, as well as many other organic compounds. Terpenes give cannabis its unique flavor and effects, such as strawberry taste and anti-inflammatory benefits that help to relax you and reduce pain. Here are a few of the most popular terpenes for anxiety that may be found in many strains of cannabis today.

Limonene is a terpene present in cannabis strains that gives the sensation of citrus when consumed. Limonene, which comes from citrus peels such as lemon or orange, is one of the most potent terpenes for anxiety since limonene-enhanced strains have been shown to reduce paranoia and restlessness.

Limonene has been found to have anti-depressant effects in preliminary research, which offers insight into its presence in renowned strains such as Lemon Tart intended to combat depression. Limonene-enriched strains are also used to treat certain forms of cancer, making this terpene useful for a wide range of applications.

Caryophyllene is a common terpene in essential oils that has an anti-inflammatory effect. Its ability to reduce inflammation makes it one of the greatest terpenes for anxiety, just like its closely related compounds limonene and linalool. Strains containing caryophyllene are known to be some of the most restful, relaxing strains on the market, and may be used to treat ailments ranging from arthritis to Alzheimer’s disease.

Despite the fact that caryophyllene is not a cannabinoid, it has been shown to bind to cannabinoid receptors in the body. This discovery opened the door for further study into the characteristics of terpenes and how they might be used to modify cannabis strains’ effects to provide patients with a greater range of options for treatment.

Myrcene is one of the more fascinating terpenes in cannabis, since it may be traced to a wide range of plants used in holistic pain and inflammation treatment. Myrcene, which can be found in famous strains like Harlequin and Cannatonic, is currently among the most powerful anti-anxiety terpenes available to marijuana users.

The way this particular terpene interacts with the THC present in cannabis is what makes it so distinctive. When found in cannabis, myrcene is more likely to be found in plants like thyme than it is in nature. Because of this, myrcen-infused strains are considered to be some of the most powerful.

What does it mean if a substance is anxiolytic?

The term “anxiolytic” refers to a drug that alleviates anxiety. The majority of anxiolytic chemicals influence the chemical flow in your nervous system.

There are two distinct ways that a substance can be anxiolytic:

In the first situation, anxiolytic medicines prevent your body from producing symptoms of worry. In the second scenario, the psychological cause of an anxious response is addressed.

Antidepressants, beta-blockers, and other anxiolytics all employ both physiological and psychological methods to reduce anxiety. The greatest anti-anxiety medications minimize anxiety without significantly altering your neurochemistry.

Do terpenes help with anxiety?

Yes, certain terpenes have been found to aid in the reduction of anxiety. Each terpene operates with your system differently, but they are all similar in that they are non-intoxicating and cause minimal negative effects.

It should be noted that terpenes are non-addictive as well. Abuse of benzodiazepines, which are the most commonly used anxiety medicines, is common.

Even so, certain terpenes may collaborate to combat anxiety from multiple perspectives at once. That’s one of the many reasons it’s preferable to employ terpenes together rather than consuming individual terpenes alone.

Which terpene is best for anxiety?

The limonene, myrcene, caryophyllene, linalool, and pinene terpenes have all been studied for their anti-anxiety potential. Each of these terpenes has its own set of characteristics, so strains that include as many of them as possible are the most likely to be effective.

All of the terpenes we’re about to look at may be produced from either cannabis or non-cannabis sources. Economics and legality are driving factors behind the use of terpenes derived from non-cannabis plants.

Does limonene help with anxiety?

Limonene has been studied in a limited number of laboratory settings, and the results are supportive of further research on the benefits of limonene for anxiety. When used in aromatherapy, a 2013 study published in Pharmacology Chemistry and Behavior found that limonene has anxiolytic potential, while a 2014 study published in Rejuvenation Research investigates limonene’s ability to reduce stress, which is closely linked to anxiety.

Does myrcene help with anxiety?

Cannabis users report that strains high in myrcene provide the most effective anti-anxiety effects. There is a demand for further understanding on the link between myrcene and anxiety, as evidenced by recent research. Dr. Ethan Russo’s 2011 paper in the British Journal of Pharmacology, for example, describes studies into the potential anxiolytic advantages of a combination of myrcene, limonene, and pinene.

Does caryophyllene help with anxiety?

Caryophyllene is a terpene that has been shown to interact with the body’s CB2 receptors, which are primarily involved in THC’s non-psychoactive effects. These receptors have been linked to anxiety and a new study on caryophyllene’s anti-anxiety capability was published in Natural Product Communications in 2020.

Does linalool help with anxiety?

Linalool, one of lavender essential oil’s key components, has long been studied for its anti-anxiety effects. 2018 saw the publication of a research in Frontiers in Behavioral Neuroscience suggesting that inhaled linalool had anxiolytic properties in animal tests.

Does pinene help with anxiety?

The effects of pinene on anxiety are less well-known, although preliminary research is encouraging. When inhaled, pinene has been shown to reduce anxiety in animals in a 2014 study published in Phytotherapy Research.

Final Thoughts about Terpenes for Anxiety

Hopefully, one of the marijuana strains listed above can help those who are suffering from anxiety. Although we only referred to five terpenes previously, many more may assist users relax and de-stress.

Essential oils have long been associated with relaxation, and there have been numerous clinical trials that show promising results. However, the degree to which they may aid anxiety and souche is still largely unknown.

It’s also crucial to note that everyone’s body chemistry is different. What works for one person may not work for the next. We will undoubtedly understand what terpenes are good for anxiety as scientific understanding of them deepens.