Hashish may sound exotic to someone from outside of the United States. People may assume it’s some odd and foreign drug when they hear that it’s a narcotic. Hacher is actually a kind of marijuana. Though it is more concentrated than normal herbal cannabis, it provides the same affects as ordinary marijuana, which can vary depending on the dose and personal experience. It can also result in more pronounced and powerful effects if taken in excessive doses, especially because it’s frequently used illicitly.

Is this drug really as dangerous as everyone says it is? Find out more about the mental and physical effects of hashish use, as well as how to avoid risks and deal with outcomes.

What is hashish and how is it used? 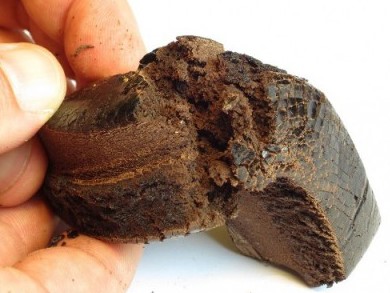 Hashish is a cannabis product, similar to marijuana except that it contains higher levels of THC. Hashish and hash oil are more potent forms of marijuana. THC concentrates are made through solvent extraction or via chemical synthesis in the form of a dark brown, waxy substance or an oil.

Concentrates are heated to a high temperature and then inhaled, or “dabbed,” using a specialized tool or vaporizer (“vape”) pen. It may be rolled into a “blunt” (from an empty cigar) with marijuana or tobacco. It can be used as an ingredient in food or brewed as tea, among other things.

The effects of marijuana on a user are determined by the amount and strength of THC it contains. Hashish has the same active components as marijuana, such as THC and other cannabinoids, but in greater quantities. Depending on the product, the concentrations can vary.

THC extraction is on the rise in the United States, where recreational marijuana use is legal. Marijuana concentrates are high in THC, with levels ranging from 40 to 80 percent and being four times more potent than regular marijuana, which has a THC content of around 20%.

What are the health effects of hashish use?

Short-term hashish use can result in memory and learning difficulties, altered vision (sights, sounds, time, touch), difficulty thinking and problem solving, coordination problems, and increased heart rate and anxiety. The effects may be more severe owing to the high THC concentration in hashish and other concentrates.

THC is well absorbed by fatty tissues in different organs. THC traces might be detected several days after smoking, according to standard urine testing procedures. In severe chronic users, traces of THC can sometimes be discovered for weeks after they have stopped using marijuana or its concentrates.

Hashish contains many times more THC than normal marijuana. The amount of THC in marijuana has increased dramatically over the last two decades. According to samples analyzed by the DEA, cannabis’ proportion of THC has increased from about 4% in 1998 to almost 15.5% in 2018.

The long-term consequences of hashish or marijuana concentrate consumption are unclear; nevertheless, research regarding long-term marijuana plant usage has been conducted.

According to research, marijuana use during childhood can have a negative influence on brain growth and IQ.

Effects of Marijuana and Hashish on the Brain and Body 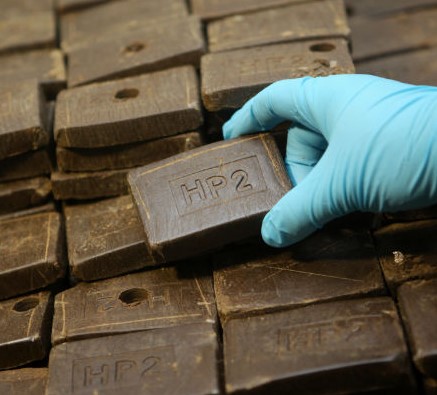 Marijuana and hashish have comparable impacts on the brain and body. Cannabis has a relaxing “high” that makes people feel calm, euphoric, lack of motivation, poor motor control, increased appetite, memory lapses, and distorted sense of time and perception. Long-term cannabis use may result in lung and breathing difficulties, irregular heart rate, cognitive impairment, and changes in brain structure in young individuals exposed to it.

Dependency on marijuana or hashish may develop with time and regular usage. When the substance leaves the body, withdrawal symptoms such as anxiety, sadness, anger, irritability, sleeplessness, restlessness, hunger pangs, cognitive impairment, and mood changes can occur. It might also be addictive because NIDA notes that up to a third of people who use marijuana daily may have problems with addiction.

When people speak about cannabis, herbe, or marijuana, they are usually referring to the leaves and flowers rather than the resin.

Hash refers to the resinous trichomes that have been removed from the plant. Hash may be extracted in a variety of ways; more on this later. Because hash is an extract, it generally contains a greater amount of THC than flower.

Cannabis is smoked in pipes, bongs, joints, and more. Hash can be sprinkled on top of the marijuana flower or put in a dab rig and dabbed.

What’s the difference between hash and other cannabis concentrates?

Hash is a simple and easy-to-do product that can be manufactured in several ways, and it’s safe to do so at home. Hash, unlike rosin, requires expensive equipment and the expertise of legal, bonded, and certified experts.

Don’t try to make solvent cannabis extracts on your own, and be cautious about buying concentrated oils from a legal business, which will ensure you’re getting a product free of pollutants or hazardous chemicals.

A dry sift, also known as a dry sieve, is a collection of refined resin glands that have been extracted from cannabis flower using a series of fine mesh screens. It’s essentially kief in its most refined form.

Dry sift is the process of rubbing, rolling, and tumbling dried cannabis over a finely woven mesh screen. This agitation removes resin glands from the plant material and trichome heads through the screen, breaking them off.

The dry sift is usually processed by extractors, which pass it through a number of mesh screens in an attempt to refine the hash. The powdery resin is commonly added to a bowl or joint as a topping to enhance its potency. Others like using it to make hash or rosin.

Trichomes on the buds are frozen and the ice crystals shatter, leaving a hash-like residue. Cannabis buds are placed in iced water to form bubble hash, also known as ice water hash. The trichomes are broken off by stirring or shaking the mixture, after which the resulting liquid is filtered through a series of fine screen bags.

The resin is filtered and dried, after which the substance is bubble hash. It has a dry, chalky appearance and feel, as well as a greasy, oleaginous texture.

A hash’s grade is determined on a star scale, with six stars being the most refined and excellent; one star is the least refined and of lesser quality.

High-quality ice water hash, often referred to as “full melt” or “ice wax,” can be dabbed, while low-quality grades are commonly pressed into rosin, smoked like a traditional hash, or used in infusions.

How do you smoke hash?

Hash was originally developed to be a fast and easy-to-use way to verify files.

You’ll need a pipe or a bong to smoke hash. If dabbing, you’ll also need a dab rig, dab tool, and heating equipment such as an e-nail.

Hash is a more potent concentrate than cannabis flower since it is concentrated. Hash potency can vary from 40 to 80 percent THC, depending on the starting material and extraction techniques used. The THC content of cannabis flower ranges from 15 to 25 percent.

How to make dry sift hash

Making hash at home is simple, and it just takes a few inexpensive pieces from a hardware store. Online, you may buy ready-made screens for dry extractions, hash presses for brick hash, and bubble bags for ice water extractions.

A concentrate of cannabis, Hash is made by extracting the cannabinoids from the plant material using a dry sift procedure and then pressing them into hash.

Our hash, unlike BHO and other solvent-based extracts, does not use a solvent. It’s entirely mechanical and uses different temperatures to extract the cannabinoids from the plant material.

The difference in quality between the two procedures is evident: The dry sift has a lovely golden color, whereas the dry ice has plant matter mixed into it, making it green.