A document from the United Nations Office on Drugs and Crime in 2007 titled “Cannabis in Africa” likely came as a surprise to cannabis enthusiasts in the United States.

The analysis also revealed that if America’s marijuana community had been aware of “Cannabis in Africa,” the document would have caused major shockwaves.

Cannabis use among African adults is nearly ten times higher than the world population of persons aged 15 to 64, with 7.7% of this demographic classified as cannabis users, versus 3.8% worldwide.

The fact that 38 million African adults smoke cannabis every year implies that the continent’s natural riches extend far deeper than diamonds, gold, uranium, copper, platinum, and natural gas; and that cannabis culture and Africa have a long history.

A Short Summary of the Long History of Cannabis in Africa

“Africa has been neglected in popular and academic histories of cannabis,” Duvall adds in an online addendum to his The African Roots of Marijuana (Duke University Press, 2019). “If you know nothing about cannabis except that it may be a smoked drug, your knowledge traces back to Africa.”

Duvall’s essay in June 2019, “A Brief Agricultural History of Cannabis in Africa, From Prehistory to Canna-Colony,” covers the cannabis plant’s evolution from Asia’s evolutionary ground zero up to a thousand years ago. Madagascar may have received cannabis seeds and an awareness of marijuana’s psychoactive effects, and they may have traveled via the Indian Ocean island country to Africa’s Mediterranean coast (Egypt, Libya, Tunisia, Algeria, and Morocco). 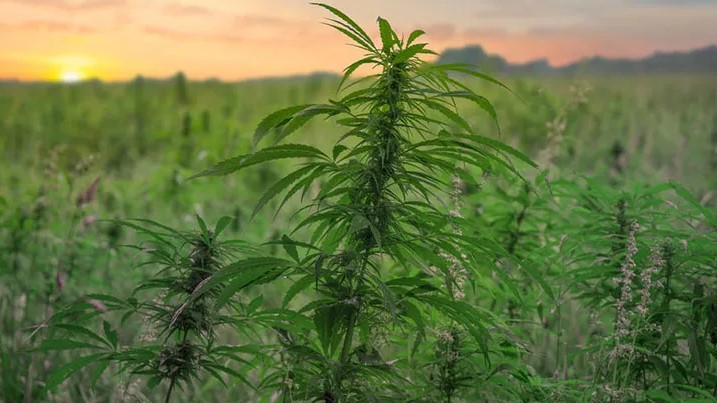 Cannabis was used on the continent for its psychoactive effects as early as the 11th century in North Africa. Duvall’s evidence goes back further than these written records. According to Duvall, cannabis’ mind-altering allures were recognized in Syria dating back to 1000 BC when people began consuming cannabis edibles.

Cannabis was primarily grown and sold as a drug to be smoked by African nations and communities for thousands of years.

Marijuana plants were originally dried and smoked to produce the drug. In South Africa, a more advanced method involved lightly fermenting wet herbal cannabis material before drying and smoking it.

Duval claims that the diversity of Africa’s early cannabis culture was important in promoting genetic diversity in African marijuana plants.

Cannabis smokers in every nation on the continent put aside seeds from their favorite plant heads. Regional marijuana varieties were developed through intentional choices of cannabis plants with preferred characteristics. Marijuana smokers who traveled from area to area exchanged their prized seeds with one another and with people in nearby communities.

Cannabis geneticists and farmers in southeastern Africa bred a marijuana strain in the 1580s that contained tetrahydrocannabivarin, which suppresses appetite. Did you know that various types of cannabis originated from Africa? These strains contain high levels of THCV. For instance, Durban Poison, Swazi Gold and Malawi Gold all have African ancestry.

By the end of the 1790s, Mozambican cannabis users had started to use external medicines made from marijuana leaves. However, people still primarily smoked cannabis flower heads at this time.

It is a fact that cannabis was always cultivated as a drug crop on the African continent, which explains why it has endured for so long. When European imperialism descended on Africa in the 1870s through 1890s, it was in full bloom.

In the 1700s, European explorers documented cannabis plantations in South Africa and Mozambique. By the 1800s, European scouts had discovered contained cannabis farms in what are now Egypt, Angola, Gabon, Sierra Leone, Kenya, Tunisia, and the Democratic Republic of Congo (DRC).

Marijuana was discovered growing as a field crop in the 1890s in Angola. In Botswana, at the close of the 1800s, cannabis was the only crop farmers irrigated . Apart from gardens and cultivated farmland, thickets of wild cannabis were seen across Central Africa in t he last half century of th e 1900 s . Locals picked and smoked scattered untended plants in São Tome during the 1860’s and South Africa throughout much o f th e 1890’s.

Colonial governments worldwide largely criminalized cannabis cultivation in 1925, following the lead of international treaties like the Geneva Opium Convention. The Single Convention on Narcotic Drugs (1961), a UN treaty ratified by 40 countries, dictated global cannabis prohibition. The agreement’s signees- including those in colonial Africa- set about eradicating the drug; however, this was far from successful. Even today, Cannabis cultivation clubs together individuals across Africa who break the law to engage in this joint enterprise.

Following the outlawing of marijuana farming, cannabis became one of the most lucrative crops on the continent and among the most hazardous. After 1960, African cannabis farmers mostly from impoverished, marginalized social classes cultivated their plants in remote areas away from authorities. Police and thieves raided these illicit cannabis growers, putting them at risk of imprisonment and bodily harm as well as loss or confiscation of their marijuana plants.

Cannabis farmers in the Congo during colonial rule would hire remote forest dwellers to keep an eye on their concealed patches. By doing so, they minimized their risk of exposure.

Get Your Medical Card

In “A Brief Agricultural History of Cannabis in Africa,” Duvall provides multiple examples of cannabis being cultivated illegally throughout the 1900s.

Kenyan marijuana farmers in the 1980s believed their cannabis profits were “evil money,” and since the 1980s the cannabis trade has paid for various militarized factions scattered throughout the continent. Duvall cites a Senegalese militia that maintained power during the1980s and 1990s through control of an area rich in illegal cannabis production.

The people who trafficked and speculated seeds, fertilizers, and other materials for African marijuana farmers seem to have made the most money off cannabis cultivation. The farmers themselves received little profit in comparison and remain poor.

Cannabis Use During Colonial Africa

A majority of African countries experienced European colonialism starting in the late 1800s. One driving force for European imperialist powers Was to monetarily gain from these newly controlled lands. However, when the colonial governments saw how profitable cannabis was in their respective territories, they chose instead to create revenue by taxing the market.

The colonialists only taxed cannabis production out of opportunity, and not to help develop the agricultural industry.

Even though cannabis remained widely legal in Africa until after strictures were imposed by the 1925 Geneva Opium Convention, well prior to cannabis prohibition the colonial power structure set about to suppress marijuana cultivation and consumption among Africans.

Marijuana was widely banned in colonial times as a “weather-producing drug,” blamed for turning men into couch potatoes. The Ottoman Empire, Congo Free State, and other countries tried to ban it throughout the nineteenth century. In South Africa, other prominent thinkers such as Sir John Kadalie condemned cannabis use as illicit deviant drug abuse and began targeting marijuana gardeners before marijuana was criminalized in 1904.

Financial gain has always been a handler of cannabis use and production, but Africans were pushed to the sidelines of colonial African society. Cannabis culture was increasingly participated in by those on the fringes of society, which later lead to it becoming illegal.

In the end, taxing cannabis production in Angola, São Tomé and Príncipe, Gabon, Mozambique, and South Africa was not a wise move since it didn’t generate enough money. The imperial rulers halted the trade by establishing rules that made it unlawful.