The Kandy Kush grows in the mountains of Maui, Hawaii. It’s a 15-21% THC strain with a delectable taste and a massive punch. The marijuana strain is an evenly balanced sativa/indica that was created by combining two California classics: OG Kush and Trainwreck.

What Is the Kandy Kush Strain?

DNA Genetics’ Kandy Kush is a 50/50 mix of indica and sativa dominators: OG Kush and Trainwreck. According to the breeders, the objective was to combine the flavor of OG Kush with Trainwreck’s well-known brick-like structure.

THC levels in the range of 15 to 21 percent are typical. The peak is a creep, taking anywhere from 30 to 60 minutes to hit its full stride. The high starts in the mind and lifts one’s spirits while also stopping bad ideas from occurring. After this, the euphoric feeling travels to the physical body, relaxing tense muscles and causing people to lean against a sofa-lock stone. This is why it’s critical to limit intake as well as at the end of each day.’

For many individuals, the Trainwreck components in Kandy Kush overpower the more sedative characteristics of the OG Kush parent. The high is typically characterized as euphoric, uplifting, mood-improving, and relaxing. Sativa qualities cause an increase in attention and energy.

When people are high on Kandy Kush, they may experience a pleasant feeling of euphoria. As a result, expect to beam from ear to ear with delight — and undoubtedly lots of giggling. Novices who are tempted to take just a few more puffs for the taste might be sedated by Kandy Kush’s unique effects. After that, you may find yourself motionless and in a tranquil, mindless bliss as the sedative-like qualities spread through your body. 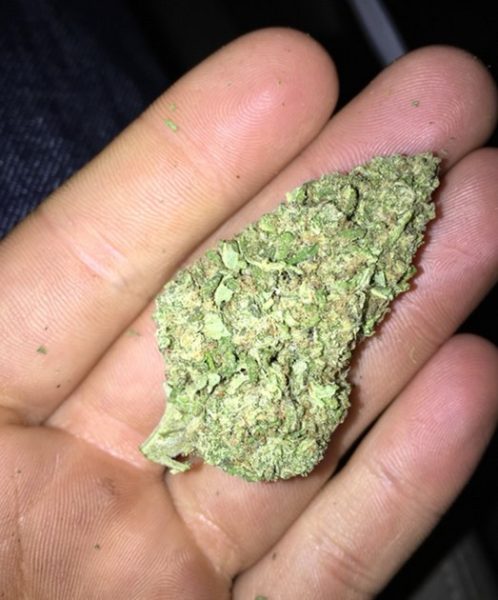 People react in a variety of ways when they are stressed or anxious. The body tightens up, even when you’re doing something else, and the mind becomes agitated. And that’s where medical marijuana may be helpful.

Kandy Kush is an excellent low-THC strain. It’s a variety that really relaxes me when I’m stressed or having trouble focusing. A few drags of Kandy Kush, and I’m in a peaceful state right away. When it gets to be too much, though, it turns into a comfortable couch recliner.

The powerful medical cannabis strain known as Kandy Kush, also known as Candy Kush, is a great way to unwind. When you’re high on this strain, it’s like being in a world of serenity.

As the soothing effects of lavender spread throughout your body, you feel a sense of calm settling in. That’s why it’s taken in moderation at the end of the day, when it’s time to unwind and chill out.

Aside from the general good mood, some smokers may get a euphoric high that makes them beam and giggle. A novice user’s fast rush of excitement might cause them to take a few more puffs. However, after the sedative-like quality begins to affect your body, you may find yourself motionless and in an ecstatic trance.

Kandy Kush is a strain for people who suffer from chronic fatigue or have an aversion to eating food. In fact, if one of the symptoms is a reduced appetite, individuals attempting to lose weight should be cautious about consuming too much.

Kandy Kush is a fine-leafed variety of cannabis, while Candy Kush is a hashish strain with a sweet scent that attracts thoughts of candy. Because the odor appears to be acceptable to most medical marijuana patients, Kandy Kush has grown in popularity.

Kandy Kush has a sweet, fruity scent that is both alluring and enthralling, with just the right blend of sweetberry candy flavor and a robust punch of citrus. Kandy Kush is on another level because not only could you smell it, but you could also taste it if you like playing Candy Crush.

The looks of Kandy Kush vary significantly depending on the strain. The form may range from more circular (like OG Kush) to more oblong (like Trainwreck), although the buds are typically thick. Overall, most strains have dense buds, which is another feature that both parents have in common. Most phenotypes are compact, thin plants with big and notoriously sticky blooms.

Because Kandy Kush makes you feel dry, you must drink a lot of water and keep your mouth wet. When you smoke too much, it might occasionally produce dry eyes, moderate headache, or minor worry.

Kandy Kush is a strong indica strain with cerebral effects and a pleasant taste. It’s an excellent cure for a wide range of conditions, including:

The most common strain used to treat stress-related ailments is Kandy Kush. Because of the relaxing aspects, it’s known as the “king of stress relievers.” Although the THC concentration isn’t particularly high, its soothing properties make it a popular choice among individuals suffering from anxiety and tension-related symptoms.

Kandy Kush has been shown to help with stress and anxiety, especially when combined with CBD products. It’s a fantastic choice for people who suffer from chronic pain, whether due to accident or other causes of discomfort. Kandy Kush’ s faint numbness may assist with “mundane” aches and pains, such as menstrual cramps.

According to some, the euphoric high of Kandy Kush can assist with bouts of sadness and anxiety. Keep in mind that marijuana, in general, has a lot of uses when it comes to treating undiagnosed illnesses like depression and anxiety.

Depression, which is defined as a mental illness, can have an enormous impact on the physical body. As a result, while Kandy Kush will not cure the physical symptoms of this condition, it might help to reduce them by removing the causes – at least for a time. 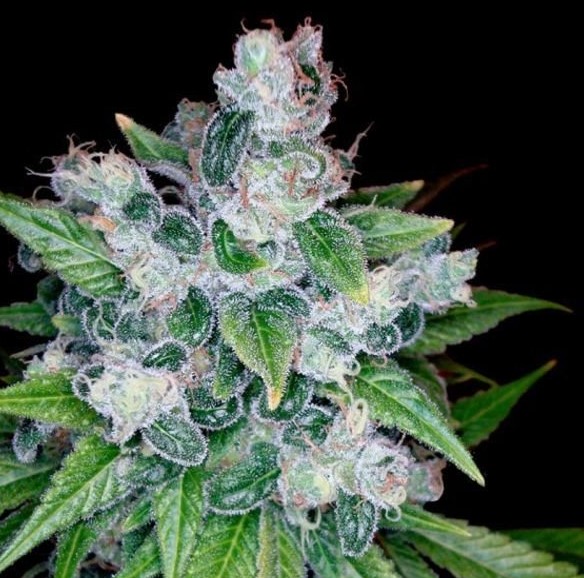 The Kandy Kush strain is a resinous cannabis plant with bright purple, green, and blue hues. Trichomes begin to appear in the fifth week of growth and continue until harvest. It has the potential to yield an average of 140 ounces per square meter when cultivated indoors using the Screen of Green (ScrOG) technique. You may also use low-stress training (LST) to significantly increase your yields.

Kandy Kush is a mold-resistant strain that’s perfect for outdoor and temperature-controlled growth. In open areas, it generally produces 18 ounces per plant.

The strain of Kandy Kush was bred in Durban, South Africa, and has been around since the 1960s. It takes between 65 and 75 days to flower after germination. It also produces a decent amount of buds with an average yield of 14oz/m2. LST may be used to enhance its yield by utilizing the methods.

Kandy Kush is ideal for growing both indoors and outside in colder climates since it is mold-resistant. Each plant produces an average of 18 ounces of resin.

The Kandy Kush is a wonderful choice for both medical and leisure cannabis consumers. It’s a powerful strain that may be used to relieve tension, stress, and discomfort while also delivering a powerful high and feelings of peace and euphoria in just a few puffs to regular users.

The Kandy Kush marijuana strain has a decent amount of THC (about 18 percent), but it still tastes great and looks similar to some of your favorite sweets.

Honey dew is a delicious and potent cannabis strain with an intriguing profile. The sky’s the limit when it comes to honey dew, but be cautious not to overindulge; the dizzying sensation and mouthwatering taste might entice new customers to take another puff than they can handle.

What is the Kandy Kush strain yield?

Indoor yield is 14oz/m2 and outdoor yields are 18oz/plant.

How much THC does Kandy Kush have?

What are the origins of the Kandy Kush strain?

Trainwreck and OG Kush were crossed to create Kandy Kush.

What color does Kandy Kush have?

The Kandy Kush’s leaves and buds are a dark, green, purple, and blue color.

What effects does Kandy Kush have?

The Kandy Kush strain, according to those who have tried it, lifts moods into a calm condition before numbing sensation in the body and generating a relaxing body buzz.

Is Kandy Kush an Indica, Sativa or Hybrid?

The THC levels in Kandy Kush are quite high, standing at 16%. The hybrid cannabis plant named after the region of the same name, on the other hand, is a very indica-dominant strain.