The Cherry OG strain is a cross between two strongly varietialed strains: Lost Coast OG and Cherry Thai. While these aren’t landraces in and of themselves, they have passed down some strong features to Cherry OG. Users should expect both an intense high as well as a cerebral high from this strain. It’s a strain that’s both uplifting and powerful, providing both an ecstatic and intellectual experience. THC sensitivity Those who are sensitive to it should take it easy and slowly

Cherry OG has an attractive and complicated fragrance. It has floral and cherry undertones, which are undoubtedly responsible for its name. While it is known for its scent and flavor, some consumers may not be aware that it’s excellent for unwinding after a tiring day.

What is the Cherry OG Strain? 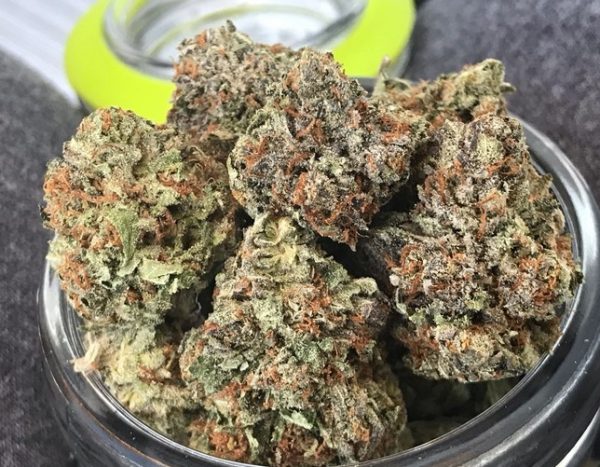 Cherry OG is a hybrid strain made up of several well-known marijuana strains. Although it isn’t a pure strain, this might be useful for a few reasons. Its long history features names such as “who’s who” in the cannabis industry. Cherry Thai was crossed with Afghani indica to make the progenitor plant. Once again, Lost Coast OG, an indica-leaning sativa variety with a high amount of sativa genes, was combined with the resulting offspring. It has a ratio of 60 percent indica and 40 percent sativa (60:40).

The Cherry OG strain, on the other hand, is greater than the sum of its parts. It creates a unique path of its own and offers a pleasant, full-bodied punch. This strain demonstrates that it’s capable of providing a strong high. Don’t be deterred, though. While the high is amplified considerably, it isn’t harsh in any way. It has a smooth sensation to it that makes for an active buzz with a subtle lift that’s somewhat dualistic.

Cherry OG is a great blend of opposites. It’s energetic but not painful, and yet it’s soothing and relaxing. If you have things to do but want to relax for a while, this might be the strain for you. You’ll feel as if you’re flying high while remaining clear-headed rather than being scattered like other strains. Your creativity will flow unrestrictedly, and your attention will be laser-like in its focus.

The Emerald Triangle is the originator of Cherry OG. It has a high THC concentration, about 22%. Although it has a lot of THC, it also contains small amounts of CBD (1%). Because it blossoms fast and yields big harvests, the Cherry OG strain is ideal for growing quickly.

Cherry OG is a potent strain with THC levels of 19% to 22%, although it is also quite speedy-acting. A cerebral buzz marked by a rush of euphoria emerged almost immediately after the first two or three puffs. It brightens your spirits while also cleaning your thoughts.

For many people, the cognitive clarity provided by meditation allows thoughts to manifest and flow freely, improving their daily lives.

Users are more focused, and their motivation to finish tasks, complete projects, and stay up to date on reports is increased. For the sake of convenience, it’s a good idea to have snacks on hand ahead of time. People won’t get up for supper and risk breaking concentration this way.

Soon, Cherry OG’s Indica component will take effect. It flows down the temples in the shape of an uplifting buzz and rushes through the muscles. Although it induces complete-body relaxation, it is not at all a hindrance to physical activity since it lends fluidity to one’s movement.

Cherry OG is a well-known flavor. Its strong stench is unique yet pleasant. It has undertones of deep, moist earthiness, but its overall profile is fruity and sweet. Its candy-coated smokiness infused with notes of cherry and diesel have earned it high praise from users. It has a hint of sour and tangy without being harsh or acrid.

Cherry OG is as tasty as it smells, and it’s no surprise that it’s so popular. The first puff may be why Cherry OG is so well-known. There are undertones of blueberry and strawberry in the flavor of cherry, which Diesel surprisingly complements rather than overwhelming.

Even though this taste may seem unusual to you, it goes great with fruity, sweet tastes. Vanillas as well as a sour, citrusy zest are present in the fragrance. Earth scents

Cherry OG is a strain that may be difficult for some to understand. It has big buds packed with trichomes, which gives it a sugary, somewhat crystalline appearance. It also includes a variety of colors. The dense clusters are dotted with oranges, red flecks, and various greens in their midst. 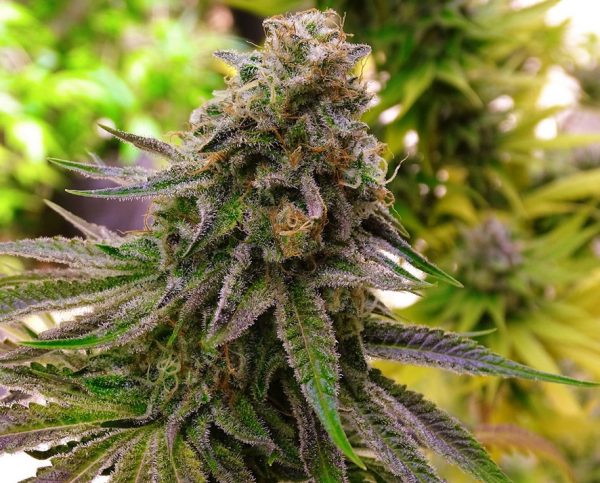 Cherry OG seeds are resistant. This variety is descended from the renowned indica Afghani and Cherry Thai strains. It’s robust because to its heritage, which includes a long history of use in medicine. Despite being resistant, it can withstand many irritants and pests, including mildew and mold, necessitating

When it comes to growing, cultivators have a lot of flexibility. It can grow both outside and inside. However, like its Afghan parent, it flourishes in a hot, dry climate similar to that which exists in Pakistan. Temperatures greater than 85 degrees Fahrenheit are preferred by growers.

The indica characteristics are more noticeable and make it ideal for heavy yields when grown indoors. However, in climates where nighttime temperatures do not fall below 60 degrees Fahrenheit, such as California or Hawaii, THC levels may be low. As a result of its fast development and lengthy blooming period, this strain offers some tremendous yield prospects. When cultivated correctly, it’s possible to produce as much as 14 ounces of cannabis per meter! Sea of Green (SOG) is a fantastic method to grow Cherry OG.

Cherry OG buds need at least 12 hours of sunshine to grow properly. Trimmed branches are a good idea since they promote proper air and light circulation.

Stress and anxiety are treated with Cherry OG marijuana. It is assumed to improve energy, attention, and focus while lowering stress. Although it isn’t commonly used for sleep or to manage sleeping patterns, it has been found to help people get better sleep by alleviating symptoms of depression.

The sativa component of this strain has made it popular with consumers. It’s a strain that many people use to relieve pains and ailments. This cannabis variety has been confirmed to be effective in reducing muscular spasms while also boosting hunger among users. Consumers of Cherry OG claim that the plant may help with headaches, social anxiety, and nausea.

Possible Side Effects of the Cherry OG Strain

Adverse effects are a common side effect of any kind of psychoactive drug, including marijuana. Dehydration is the most frequent undesirable effect of cannabis usage, which manifests as dryness in the eyes and mouth as a result of cannabinoids impairing moisture production in both places. Novices may experience a little discomfort, but it is readily alleviated by drinking a few glasses of water.

Excessive use, on the other hand, can cause lightheadedness, worry, and paranoia. As a result, it’s best to consume the strain in moderation with alcohol and other drugs.

The Cherry OG strain is a cerebral, powerful, and rejuvenating high. Despite its euphoric properties, it isn’t a harsh or bitter strain. THC intolerants should avoid this one because it has a high THC concentration of up to 22% with only 1% CBD. It also has an interesting backstory that contributes indica and sativa characteristics. The development of this marijuana strain was aided by the potent strains Cherry Thai, an Afghani variety, and Lost Coast OG.

Cherry Kush has a high THC content and is suitable for getting through the day due to its potency in producing a strong high without causing mind-bending effects. It may be taken at any time of day and aids with social anxiety. In light of this, Cherry Kush is an ideal strain for spending time with friends and relaxing.

Cherry, berry, sour, and diesel aromas are among the most popular. It is a fast-growing plant that blooms in 9-10 weeks. It performs well both indoors and outside under hot, dry conditions. If you pay attention to soil content and provide lots of light, up to 14 ounces per square meter may be produced.

This is a strain that would be fantastic for anybody wanting to relax and get things done. You won’t have to worry about being dragged down or exhausted because of this strain’s euphoric energy. Its inspiring vibe will ensure that your creative juices flow, allowing you to finish everyday tasks with ease.