Marijuana and munchies have a similar association to that of bacon and eggs. For those with even a casual knowledge of weed, the idea that herb usage leads to an immediate craving for snacks is ingrained in their minds.

While we would never deny that some strains come with less-than-appealing side effects, one desirable symptom of smoking weed is the munchies!

As anyone who has gotten high before knows, certain cannabis strains cause users to become very hungry. In these situations, it is a huge pain to get caught without snacks nearby. If you are totally baked, the last thing you probably want to do is go out and buy food.

If you’re looking to get high and stay munchies-free, this guide is for you. We’ll cover five of the best foods to eat while high, as well as a few honorable mentions. But first, let’s take a look at some marijuana strains that are likely to induce hunger pangs and those that don’t.

Cannabis Strains Almost Guaranteed to Cause the Munchies

Why do we get the munchies? The answer is scientific, and it has to do with how THC interacts with our brains. Different strains can result in different levels of munchies-inducing properties, but overall, it’s all thanks to good old THC.

When you consume cannabis strains high in the cannabinoid, it binds to receptors in your brain. This, then, alters how two hunger-related hormones (ghrelin and leptin) behave. When those hormones aren’t working properly, they can stimulate appetite even when you don’t need more food. If you’re looking for some strains that are more likely to cause this reaction, here are five of them:

Imagine you are trying to lose weight, or always forget to have snacks ready. Maybe summer is around the corner and you want to look good in a bathing suit. You could undo all of your previous progress by eating unhealthy foods after smoking weed at night.

It’s not rare to stuff more than 1,500 calories into your body when those hunger pains hit. If this makes you nauseous, it would be beneficial for you to find weed that doesn’t make you hungrier.

The most ideal cannabis strains for weight loss are those that contain high levels of CBD and THCV. Some recent studies have revealed that CBD may in fact be a helpful supplement for weight loss. The science behind this suggests that the non-intoxicating cannabinoid helps with weight reduction through the following mechanisms:

A study in 2010 by Morgan et al. that was published in the Neuropsychology journal discovered that marijuana smokers who usually consumed strains with high CBD and low THC had a reduced attentional bias towards food and drug stimuli. To put it more simply, CBD suppresses appetite.

THCV is a cannabinoid known for its ability to suppress appetite. However, it is only found in trace amounts in most types of cannabis. Here are a few marijuana strains that have a higher level of THCV than average:

However, if you don’t mind feeling extra hungry or actively enjoy the experience, here is a list of foods to try.

Did you know that there’s a scientific reason behind why pizza is both delicious and addictive? Humans are naturally attracted to fatty, sweet, rich, and complex foods, and all of those elements can be found in pizza. The meat toppings are rich (and fatty), the cheese is usually fatty as well, and the sauce is often sweet.

In addition to the essential ingredients, most toppings also include glutamate. You’ll typically find it in cheese, tomatoes, sausage, and pepperoni. When this compound stimulate our senses, it excites our brain and we start anticipating the next bite–sometimes even water starts collecting in our mouths!

We’re eating a lot of pizza in America! In fact, recent data suggests that we collectively eat the equivalent of 350 slices per second.

In addition, cheese and tomato sauce have flavor compounds that work together to produce an even tastier pizza. This is due to the ‘entourage effect.’ Another thing we love about pizza is how it browns and becomes crispy in the oven. There are two chemical reactions at play here: Caramelization and the Maillard Reaction.

Pizza offers a massive range of choices. As far as marijuana users are concerned, the fact they can have it delivered to their door is incredibly convenient.

After you satisfy your savory tooth with pizza, the next step is to add some sweetness with ice cream. Ice cream has everything going for it–it’s cold, creamy, and come in dozens of delicious flavors. However, not all ice creams are created equal. With so many subpar options out there, how can you be sure to choose a high-quality brand? The answer is simple: Go for well-known favorites like Ben & Jerry’s or Haagen-Dazs.

When making ice cream, the first thing you need to do after gathering your ingredients is pasteurize them. If you don’t do this right, your ice cream will have an overcooked flavor. The next process, homogenization, is where things can really go wrong because that’s when those pesky ice crystals start to form and screw up the texture of your dessert.

Stabilizers are chemicals that companies add to ice cream to keep it from getting freezer burn. When properly done, these proteins will prevent most crystals from forming. However, even the best stabilizers can occasionally fail. Also, if too much air is whipped into the cream during production, the product becomes a frozen dairy dessert instead of ice cream. In addition, lactose molecules expand when thawed and refrozen.

So, the next time you choose ice cream while high, at least you have an appreciation of how much work goes into making it. You also now know why ice cream doesn’t taste great when you refreeze it after letting it thaw out.

The snack food industry largely survives on one key ingredient: salt. A study published in The Journal of Nutrition bolsters this claim, with researchers finding that those who consume high levels of salt are more likely to experience cravings and overeat. The March 2016 study recruited 48 volunteers and found a direct correlation between taste sensitivity and sodium intake.

The group ate various lunches once a week over four weeks. The meals had different levels of fat and salt added to them. The researchers found that, regardless of how much fat was in the meal, adding salt caused people to think the food tasted better and they ate 11% more calories as a result.

The alluring crunch of the chips makes it difficult to stop at only one, and that’s because when you use cannabis your inhibitions are lowered. Self-control becomes an issue because everything feels so good–you ate a whole packet of chips but feel great after.

Did you know that there’s a scientific explanation for why we love chocolate? A study found that the act of letting chocolate dissolve in your mouth causes as big an uptick in brain activity and heart rate as kissing does! And the best part is, the feeling lasts four times longer.

Chocolate contains anandamide, a mood-regulating chemical found in the brain. Anandamide is similar to THC, which is found in cannabis. The composition of chocolate extends the duration of anandamide’s effectiveness in the brain, creating a pleasurable “chocolate high.”

Not only is dark chocolate more delicious and satisfying than other chocolates, but it also offers extra antioxidants. In fact, chocolate is one of the most intensely flavorful foods on the planet. Depending on your preferences, it can offer tart, nutty, earthy, smoky or caramelly notes.

Some people are experts at matching chocolate with cannabis. For example, milk chocolate is delicious with Marionberry Kush. Or, if you’re looking for something a bit different, try Super Lemon Haze with white chocolate. 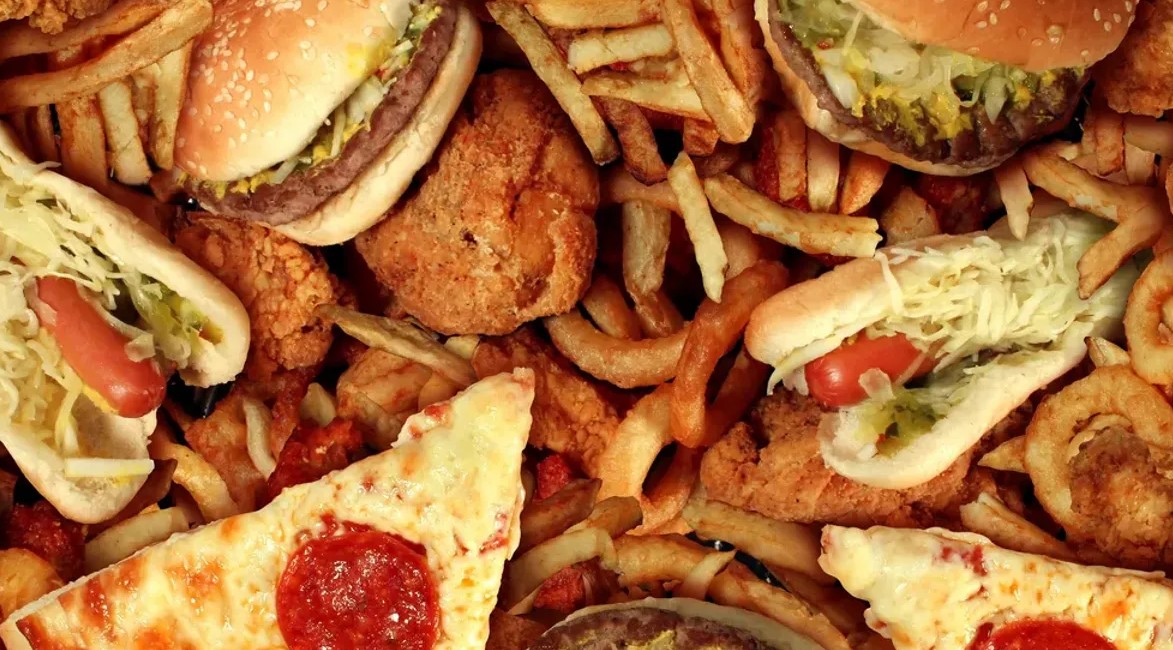 Have you ever wondered why we love cheeseburgers so similar to how much we enjoy pizza? it’s because they share key ingredients: fatty meat, cheese, a range of sauces, and a sweet bun. However, not all burgers are created equal – there is considerable variation in quality.

A large number of people are pulled in by the appeal of fast food, even though the ingredients used are usually not very good.

Five Guys is popular because it focuses on customer satisfaction; they only offer burgers and hot dogs, but they have perfected both according to their loyal followers. With 15 different topping choices, there are theoretically 250,000 combinations! Even more importantly, the standard of beef is excellent.

Many people believe that if they do not like beef or are vegetarian, then there are very few other tasty options for them when it comes to food. Do not worry– this is far from the truth! At our restaurant, we have an abundance of delicacies that will please any customer. If you’re short on time, many restaurants will bring your order directly to you after a simple phone call.

Final Thoughts on the Best Munchies

If you don’t serve food at your marijuana party, you may end up with a group of disgruntled guests.

The old saying goes, “If you fail to prepare, you’re preparing to fail.” This is especially true when it comes to hunger. If you don’t have any food around and suddenly find yourself feeling famished, things can go downhill quickly. To save yourself from eating gross expired food out of desperation, make sure to always have some snacks on hand!