It’s no longer unusual to see and smell a large plume of flavorful marijuana vapor bellow out of someone’s mouth when you’re strolling down the Venice Boardwalk, driving in traffic, or sitting outside your favorite coffee shop.

That is due in large part to the fact that a growing number of people are turning to vaporizing, or smoking, cannabis as their preferred way of consuming it.

Today, we’ll look at a disposable pen to suit every temperament and problem. 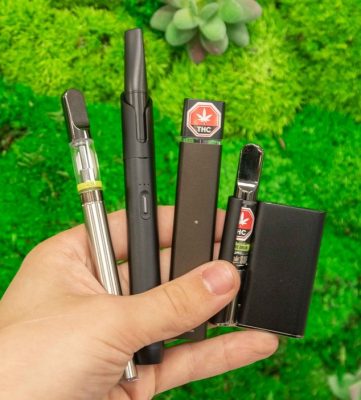 Vaping is the practice of heating marijuana flower or extracts to a high enough temperature to cause them to vaporize without burning them. Because water evaporates at 212°F, most people believe that cannabis should be vaped at temperatures between 350 and 400°F.

How Do Vape Pens Work?

The cannabis oil is heated by a battery-operated heating device that is charged by an adapter. The vape pen powers the heating chamber, which in turn heats the cannabis oil and generates vapor that you smoke. You then breathe out through the mouthpiece after drawing the vapor through it.

Why Do Some People Prefer Vaping?

Vaping is now more appealing than smoking because consumers perceive a lower health risk, have more alternatives, and like the convenience; and because both tabletop and portable solutions like disposable pens may be used from anywhere, they may be appreciated.

Marijuana smoke, like any other form of smoke, contains hazardous chemicals. This research analyzes the chemicals in marijuana smoke and compares them to those in cigarettes. Marijuana smoke was found to have about 20 times more ammonia than tobacco, which has never caused a fatality.

According to a study published by the Harm Reduction Journal in 2007, e-cigarettes eliminate all of these hazardous chemicals, resulting in improved respiratory function among former smokers.

What Are Vape Pens?

Vape pens are small, thin, and inconspicuous cannabis gadgets that work similarly to e-cigarettes. They may cost anywhere from $15 to $200, depending on their features, and they require regular upkeep such as charging the battery and refilling the cartridge.

The majority of pens that need servicing are also replaceable. A vape pen has five main components in order from bottom to top: battery, button, tank/cartridge, atomizer (heat source), and mouthpiece. The majority of pens on the market today utilize a standard known as 510 threading, which allows you to swap almost any cartridge onto any battery.

If you’re thinking of trying vaping before purchasing a potentially pricey pen that you don’t know how to maintain or whether you’ll like it, consider disposable vape pens. These pre-filled devices require no upkeep and cost less while providing the same experience as their more expensive counterparts.

How to Use a Vape Pen

Using your vape pen comes down to 5 simple steps.

All you have to do now is smoke and enjoy once your pen is fully built, fully charged, and you’ve gotten used to the device-buttons!

Disposable vapes are to vape pens what training wheels are to bicycles. They’re accessible at most dispensaries and cost around $15-$20. Disposable vape pens do not have rechargeable batteries, so you don’t have to worry about a dead battery unless all of the extract has been used—in which case, you’d just toss it away.

There’s usually no need to press a button with disposable vape pens. Simply breathe in and wait for the light to indicate that you’ve taken the entire dose. So, rather than being the stupid buddy who attempts to inhale without pressing a button, you’ll be the stupid companion that can’t find the button in the first place. It’s fine; we’ve all been there before.

Factors to Look for When Buying Disposable Vape Pens

Finding the correct one(s) may be difficult; therefore, we’ve made it simpler for you. Here are a few easy things you can do to make your vaping experience better.

When will I know my vape cartridge is empty? 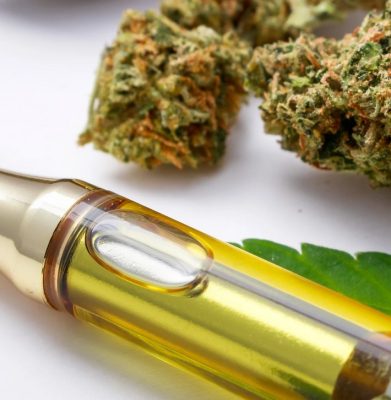 It may seem obvious, but the best way to tell if your oil cartridge is empty is to notice if it feels significantly lighter than full. You can also tell if you hold your cartridge up to the light and check for any liquid remaining. If you continue to vape from an empty cartridge, the cannabis oil’s fragrance will be much weaker and more harsh, rather than smoky.

What is it that I’m smoking inside of a vape pen?

The type of vape pen you have will determine the answer to this question. The main distinction between traditional vaporizers and vape pens is that most vape pens were built specifically to handle solvent-based cannabis oil.

This is a contentious issue in the dabbing and vaping community. Many individuals prefer dab pens to vape pens because they are frequently built to handle a variety of concentrates, resulting in “smoother smoking.” Others, on the other hand, favor vape pens since they are easier to maintain, clean, and refill.

Are there different types of vape pens?

Yes, there are many different kinds, but the distinction boils down to only two categories. Box Mods vs. Non-box Mods There are several differences between them. Other than that, product design, distinct features, and overall performance would be other distinctions to consider. Just keep in mind that the majority of vape pens without box mods are pretty much identical.

What kind of things can be smoked in a vape pen?

It’s vital to note that the vast majority of vape pens are only meant to work with solvent-based cannabis oil. If you try to use different types of cannabis concentrates in your vape cartridge, you should be careful because it might be harmful and will most certainly damage your vape pen.

Do vape pens cause harm?

The million-dollar question is this: Is it true that vape pens damage the human body? There isn’t enough public research out there yet to say for sure.

That being said, it’s crucial to remember that inhaling any sort of smoke isn’t healthy. When you boil it all down, you’re breathing in a vapor that may contain poisons and carcinogens, which is likely to cause damage or injury from long-term usage.

Before buying a vape pen, we strongly advise that you research any health concerns attached with it. Furthermore, we suggest that you utilize your vape pen to smoke only legal concentrates.

What’s the best way to clean my vape pen?

When you’re disassembling your vape pen for cleaning, the first thing to remember is that it’s no longer hot. After that, your best option is to clean each component of the device separately.

It’s also crucial to clean the mouthpiece. If you begin with the mouthpiece, use a Q-tip dampened with isopropyl alcohol to gently dab and rub it against the residue until it’s gone.

The easiest method to clean the atomizer is to leave it in isopropyl alcohol for 24 hours. You’ll want to rinse it well and let it dry before using it again if you do this. Try not to use cotton swabs to remove any residue since this will most certainly result in material from the cotton swab clogging the atomizer and causing damage when you turn it on and heat it up.

Why is my vape pen not working?

If your smartphone isn’t operating properly, there are a few things you should do before declaring it broken.

Not turning the device on is a typical blunder that’s frequently made. This may appear to be ridiculous, but double-check to ensure you didn’t overlook this basic step before assuming your gadget is broken.

Another cause for concern is the batteries. When it comes to batteries, there are three primary things you should look for, and the method of elimination should be used to determine which one of those three factors is causing the problem. To begin, make sure the battery cover is fully closed and in place. Second, double-check if the batteries are uneven and electricity isn’t actually reaching the device; this might indicate a faulty connection or poor contact between parts. If neither of these two issues is responsible, replace the batteries to determine if they have simply reached their lifespan limit.

It’s possible that your device is turning on but not dispensing smoke because something is blocking the connection. You’ll want to look for any oil that may have leaked out of the cartridge and blocked the mouthpiece or battery circuit.

There are some vape gadgets on the market that feature a feature called “stealth mode.” This mode allows the device to operate even if the screen is off or dark. Check to see whether the device is heating and allowing you to smoke, and then if it’s a simple issue of turning stealth mode off in the settings.

If none of these steps seem to have helped, your device may be beyond repair. Do you recall if the gadget fell into or came into contact with a lot of water? There might be an interference with the internal connection, resulting in the device being unusable.