Cannabis concentrates come in a variety of forms. All of them have a very high THC concentration, which is what they all have in common. These are not things for beginners, and you should not overindulge.

Water hash, also known as bubble hash, has gained widespread appeal in recent years. It’s simple to make and is considered to be cleaner and more pure than extracts manufactured with solvents. Aside from trichomes, you’ll need ice water and a few other items. This thorough instruction will teach you how to make bubble hash.

What Is Bubble Hash? 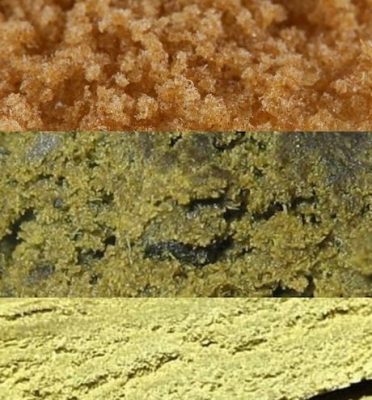 Bubble hash is a higher-quality type of hash made up of many trichome heads. It’s produced by straining trichomes from the plant with ice water and a sieve. Because it bubbles when heated, this type of cannabis concentrate is known as bubble hash. You may also make bubble bags at home to produce the hash.

When cannabis is submerged in ice-cold water and agitated, the trichomes break away and are readily available.

When the cannabis is put in ice-cold water and agitated, the trichomes separate and are simple to collect. Bubble hash can be brown or blonde in hue, depending on the weather conditions. People make bubble hash for a variety of reasons:

Let’s look at how to make it now.

How to Make Bubble Hash?

The major objective of producing bubble hash is to remove the trichomes without breaking them. The marijuana plant’s trichomes are glands that grow on the blooms, leaves, and stems of the plant, although they are mostly found in the flowers.

Trichomes are a microscopic stalk attached to a spherical head. They’re high in cannabinoids, such as THC and CBD, as well as flavonoids and terpenes.

You are eliminating the entire delicate glands in bubble hash. Bubble hash comes in a variety of forms and colors. This stuff can be wet, dank, or dry, for example. It might be maroon, marigold, or even brown.

You’ll end up with a moist, unstable product that looks like live resin if you utilize plants that haven’t been cured or dried. If you use older marijuana, you’re probably going to get a brown or even grey dried mass.

For hundreds of years, hashmaking has been a popular pastime. Bubble hash, on the other hand, has only recently gained popularity among Westerners. Cannabis flowers, fine-mesh micron bags, and ice water can all be used to produce it. Plant components are extracted using bags and ice water thanks to these factors

If you’re serious about producing high-quality bubble hash, we recommend purchasing an eight-bag bubble bag kit. Each of these kits includes eight distinct sizes of bags ranging from 25 microns to 220 microns. In most situations, the 73-micron and 90-micron bags are the best alternatives. However, it is beneficial to have a wide range of sizes on hand.

Although bubble hash is uncommon, its presence is increasing. Even so, you’re more likely to try and find it yourself instead of seeking bubble hash down; it may also be costly. Here are some guidelines to assist you in obtaining it correctly.

A Cold Process = An Outstanding Result

Make sure you prepare bubble hash in a chilly area with as much pure ice as possible. If you’re using a bubble hash washer, make sure it’s well insulated.

Water quality varies depending on where you reside. Unless your community’s water supply has recently been in the news, determining its suitability might be difficult. Chlorine and fluoride are rarely found in purified water. If you use tap water instead, your bubble hash may have a chemical aftertaste. For the best results, invest in a reverse osmosis (RO) filter (not to be confused with RO filters).

Low-grade marijuana is low-quality bubble hash. We recommend using a cannabis strain that has a lot of terpenes and resin. Fresh flower is also crucial since old or stale looking hash would result if you don’t.

Invest in a Freeze Dryer 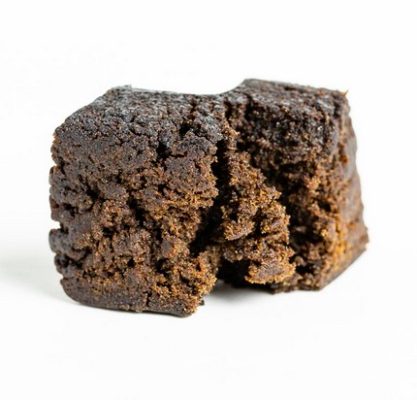 This equipment, although costly, is a critical investment for commercial bubble hash producers. A freeze dryer can dramatically reduce the time it takes to dry and process the substance. It might take up to a week to fully dry the hash without a freeze dryer, which may impact the quality. A freeze dryer speeds up drying time by 24 hours or less and delivers a superior product.

Hash that hasn’t been dried in a dryer may take up to a week to fully dry, which may jeopardize the quality.

Assuming you can’t afford a freeze dryer, you might use desiccant-like cardboard packed with parchment paper as a substitute. This is an excellent method of removing moisture from the hash. Porcelain, plastic, and metal aren’t any good at wicking moisture out of the product; therefore don’t rely on them. To keep the hash from buttering out in a few months, it’s also essential to cure and dry it appropriately.

Take Note of the Aesthetics & Smell

Bubbles will continue to form gradually inside the bubble hash until it reaches a certain age. The color of your bubble hash should darken somewhat, with perhaps a touch of transparency in high temperatures. It should also become gluey.

If your hash is black, brown, or green, it’s a bad omen. In addition, the hash should have the same flavor as the cannabis strain you started with. This is an indication that the hash has retained its trichomes and fragrance. If there is no smell, it suggests that you’re dealing with a lower-quality bubble hash and need to explore different processes for producing it.

How to Use Bubble Hash

There are a number of different things to do with bubble hash. Please keep in mind that it is highly concentrated, and a little amount goes a long way!

The only component you’ll need to create cannabis edibles with bubble hash is a carrier oil. The most popular include olive oil, coconut oil, canola oil, and almond oil. While cannabutter remains an important component of edible meals, a growing number of consumers are using cooking oils instead.

When you cook your edibles, the decarboxylation process takes place. As a result, the THCA in bubble hash transforms to THC. When consuming edibles, especially those that include bubble hash, be careful. It might take up to two hours for the high to kick in. Edibles are also said to have a greater psychoactive effect than other types of cannabis usage.

Many people enjoy smoking old-school bubble hash with a blunt or joint. In this instance, sprinkle some on the remainder of your cannabis to give your joint an extra punch. Because bubble hash is so malleable, it’s simple to mold and add to a blunt.

When cannabis is smoked, the resin that holds the cannabinoids within it hardens, producing a solid form of hash called bubble hash. When added to joints and blunts, however, this process merely results in a heavier strain of marijuana. It’s quite similar when you add bubble hash to joints and blunts. Take a tiny piece and put it in the bowl; you’ll notice that your level of intoxication improves significantly. Sprinkling bottom-shelf cannabis with bubble hash can provide you with the high you desire.

The adaptability of bubble hash is demonstrated by the fact that it can be used in a dab rig or a vaporizer. When heating your nail, get it as hot as possible. Flatten the bubble hash and place it on top of the nail. It should evaporate quickly, making it perfect for vape pens.

Bubble hash has a virtually limitless number of applications. It’s possible to use it to make Thai sticks or moon rocks. To increase the amount of THC in a variety of cannabis, you may add it to practically any product.

Please don’t take my statement to imply that the bubble hash you’re holding is of the highest quality. Bubble hash quality is determined by a variety of factors, including the strain used and the extraction technique’s success. To assist you separate the chaff from the wheat, experts in the field of bubble hash have created a 6-star rating system.

The lowest grade of bubble hash is this one. It’s dry and filled with impurities. The majority of the time, it has less than 50% actual trichomes stalks and heads. 1-2 star bubble hash, while low-grade, adds potency to a regular joint and is widely available for most marijuana users.

3–4-star bubble hash melts somewhat because of the presence of detritus such as leaf particles, but it is nevertheless less dusty than lower grade hash. It may be utilized in a bowl or for dabbing, and it’s an excellent addition to rosin. Most individuals, however, prefer to press it into rosin rather than consume it directly.

The best bubble hash is made only of trichome heads and stalks, so it’s the cream of the crop. When dabbed or vaporized, there are no contaminants, and no residue remains. This grade of hash is generally extracted from just 73 and 90-micron bags. If you produce your own bubble hash at home, you’re unlikely to earn 5+ stars unless you’re an expert.

Bubble hash, although not as potent as other cannabis concentrates, still has a punch. You can expect to get between 30% and 60% THC in most cases.

Solvent-based concentrates have a greater amount of THC but aren’t necessarily as pure as bubble hash. Bubble hash also has a substantial terpene content. Terpenes are believed to play an important role in how cannabis affects individuals.

There’s evidence that suggests terpenes have a significant impact on how cannabis affects people.

It’s also incorrect to claim that all bubble hash is produced in the same way. If it’s available for less than $15 per gram, it’s most likely 1-2 star hash. This is because the producer used low-quality plant material and huge screens to make it. Mid-shelf (3-4 star) bubble hash costs no more than $40 per gram.

Meanwhile, the high-end version (5 to 6 star) costs between $100 and $200 a gram! This bubble hash is made with top-shelf cannabis and the finest screens. THC content is usually around 60%.

Bubble hash is said to be less harmful to consume than concentrates that utilize chemical solvents to extract the cannabinoids. Experts, on the other hand, reject this notion. According To Serge Christov of Honest Marijuana Co., solvent extraction, such as that done with butane, is equally safe as ice water extraction because the solvent is evaporated leaving behind a pure product.

Ice water extraction is also a time-consuming and expensive procedure if you don’t have the proper equipment.

Although this is the case, bubble hash is still popular. Overall, bubble hash is clean because it’s made by freezing and extracting trichomes from a marijuana plant using ice water. It’s subsequently separated from undesirable plant materials by way of mesh “bubble” bags.

You will be rewarded with a high-THC product that should only be used in tiny amounts if you make bubble hash. If you treat it as regular cannabis, there’s a good chance you’ll have negative effects including hallucinations and paranoia.