Medication has been the last resort for clinicians, doctors, and experts for many years in an attempt to cure OCD. However, more research is being done these days to see how marijuana affects certain OCD symptoms.

According to statistics from the National Institute of Mental Health, OCD affects 1.2% of the adult population in the United States. It’s vital to comprehend OCD and how it feels before we look at how cannabis helps with OCD.

Obsessive-Compulsive Disorder (OCD) is a type of anxiety characterized by repetitive thoughts, obsessive thoughts, and compulsive behaviors. It’s difficult for someone to maintain a healthy connection with others if they have OCD symptoms.

The fear that you will harm yourself and others, frequent panic over little things, repetitive behavior, strong urges, social anxiety, and so on are some of the signs of OCD. These same symptoms might be felt in a number of ways by different people. Another significant symptom is repeating oneself excessively. 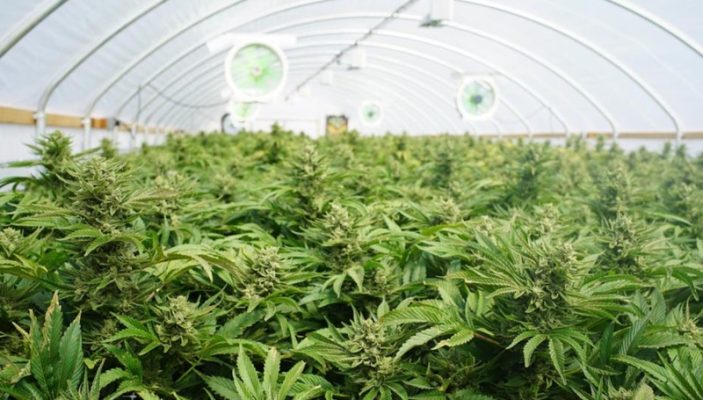 The symptoms that are not severe end up not being noticed but when they become severe; they lead to complicated mental health issues.

OCD symptoms include stress and tension. Stress and tension have a detrimental influence on a person suffering from OCD, causing their brains to malfunction. Cannabis has been found to reduce stress in individuals.

To benefit from cannabis in the management of stress, it is critical to ensure that you are taking a strain of cannabis that will provide this stress relief effect. In order to induce stress, researchers subjected mice to electric shocks on their feet. Cannabis users were better able than non-users at coping with stress.

The researchers discovered that the mice who ingested cannabis had greater amounts of anandamide in their brain. Anandamide is a neurotransmitter found in the brain that elicits feelings of joy and reduces tension. According to the study, cannabis can be a useful tool for coping with OCD-related stress, but more research is needed.

Repetitive or constant behavior is when someone repeats the same activities over and over. Repetition compulsion, also known as habit, is a symptom of OCD that causes persons with the condition to be less productive in their daily lives since they are compelled not to finish what they have started.

Studies have shown that just a few doses of cannabis may assist in the management of compulsive behavior. Hair pulling and even skin scratching in an odd way that is uncontrollable are examples of OCD-related habit.

How Do you Feel About Cannabis?

Marijuana, or cannabis, is a prohibited drug in most of the United States, although it is still one of the most popular. Cannabis use appears to be increasing as our political and cultural environment has evolved. For example, a 2019 Gallup poll found that 12% of US adults had used cannabis in the previous week—a figure almost matching that for cigarettes smokers (15%). Meanwhile, a survey conducted by the Substance Abuse and Mental Health Services Administration (SAMHSA) revealed that the number of people who use cannabis on a daily basis has risen by 4.8 million over the last decade.

These statistics suggest that the presence of cannabis in our culture is on the rise. Americans are increasingly seen to find cannabis consumption acceptable, with the General Social Survey finding that 61% of adults back marijuana legalization. An increasing number of states are proposing bills to increase access to both medical and recreational marijuana.

The marketing of cannabis products as potential treatments for a wide range of maladies, from anxiety and OCD to physical health issues like pain and inflammation, has been fueled by changing attitudes toward cannabis among American users. The bottom line is that with so much information on cannabis and so many varied claims about what it may accomplish, determining what to believe might be difficult.

What Can I Do for My OCD instead of Smoking Weed?

Fortunately, there are a number of treatment choices for people with OCD, including medicines, psychotherapy, and device-based therapies. The main drugs used to treat OCD that function on the brain’s serotonin system—such as SSRIs and clomipramine—are usually effective alone. Depending on their symptoms, other medications in different classes may be needed.

The most common type of psychotherapy for OCD is cognitive behavioral therapy (CBT), which includes exposure and response/ritual prevention. This sort of treatment, known as ERP or EX/RP, might help sufferers with their symptoms just as much as medication. Some people may see greater benefits from combining medications(s) with ERP.

Medication and ERP are typically the first-line treatments, but there are a number of alternatives. Acceptance and commitment therapy (ACT), mindfulness, residential treatment programs, and device-based therapies such as transcranial magnetic stimulation (TMS) are some examples of psychotherapy. TMS is a non-invasive technology that uses magnetic fields to stimulate specific brain circuits identified as being involved in OCD symptoms.

The good news is that there are a variety of alternatives to cannabis that may help. If you’re having issues with OCD, we recommend seeing a mental health professional who can assist you in determining whether any of these therapies are appropriate for you.