Cannabis is permitted for medical or recreational use in several states these days. However, because certain strains are particularly powerful, caution should always be exercised when using this drug. Marijuana’s increased strength is due to advancements in cultivation techniques. As a result of research, more potent marijuana strains have been developed as both technology and knowledge of cannabis increase. So what are the most powerful cannabis strains available today?

A Note About Cannabis Strength

Great power comes with great responsibility. While calculating a strain‘s strength based on its THC content seems reasonable, this may be deceptive. One of many aspects that influence how a strain performs is THC concentration. 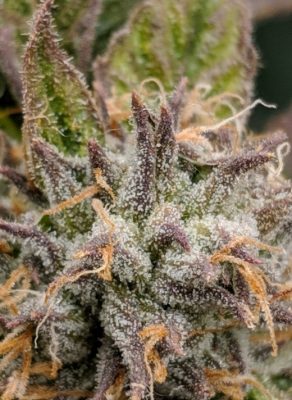 Some strains with low to modest THC quantities have strong effects owing to the synergy of other cannabinoids and terpenes. Furthermore, THC content is not always constant.

There is no set THC concentration for each strain, despite the fact that growers frequently strive to maximize the THC proportion of each strain they cultivate for a clientele seeking powerful marijuana. Popular strains like the Hulk and Blue Dream have THC levels ranging from 15% to 30%. Did you know that weed from the 1970s only had 3-4 percent THC? We’re not smoking your grandpa’s dope anymore.

To summarize: the functional strength of cannabis isn’t always linked to its THC concentration.

Many of the greatest cannabis strains contain significant amounts of tetrahydrocannabinol (THC), which is the main psychoactive component found in marijuana. THC is the cannabinoid responsible for producing the “high” sensation associated with cannabis smoking. If you want more sustained relief, a stronger strain may be helpful. Here are five of the most powerful cannabis strains on the market today, as well as what makes each one special.

Cherry Kush is a Purple Afghani/OG Kush cross, a very powerful indica-dominant hybrid that has become quite popular among medical patients in the San Francisco Bay Area. Cherry Pie is a well-known sativa. This makes the body ideal for late-night studying and sleeplessness. Cherry Kush is a flavored strain that’s perfect for an evening out. While this sample didn’t have an excessively pungent scent, it did remind us of a cherry – a genuine cherry not a sweet candy cherry idea. Cherry Kush supporters rave about how delicious and well-balanced the strain is, as well as its powerful stimulant effect, which includes energizing euphoria, deep relaxation, and pleasant soothing effects. When compared to the best I’ve tried, it fell short. It had a faint fruity sweetness with some menthol characteristics and a hint of spice, but it was overall just a hashish, smoky flavor that wasn’t particularly distinctive or enticing.

Granddaddy Purple has the taste of red wine, as well as a touch of the taste of the cellar in which it was kept. It’s fruity, musky, and sophisticated. It also happens to be just what you need to unwind when the time comes. If you’re feeling worried, this beloved Indica-dominant strain can help take the edge off. Take a Grandd Daddy Purps break and pamper yourself while being refreshed and soothed.

Cinderella 99 is a sour and sweet lemony flavor. It has the ability to accomplish something that lemonade can’t. This strain is recognized for being a powerful energizer. You won’t be able to sit still in your chair while this strain is around. From top to bottom, you’ll clean the whole house. All night long, you’ll deejay and socialize. The electric surge is nearly impossible to stop .

Vanilla Frosting is sweet enough to use as a cake topping. This is the ideal strain for when you need to release your creativity. Make something lovely with your guitar. Remove the old box of watercolors from its hiding place. Make a sweater, apply makeup, or build a birdhouse using your knitting skills. This strain encourages you to be the most creative and inspired version of yourself possible.

The tastes of The Sprinkle Truck are similar to those of a creamy, fruity cereal with an extra touch of grape. Something about this strain makes people laugh uncontrollably. If you need to blow off some steam in the afternoon, The Sprinkle Truck (and perhaps a Monty Python marathon) will make it easy to get back into your funny bones.

One of the varieties of “OG” marijuana strains is Godfather OG, which is particularly popular in Southern California. It belongs to the indica cannabis plant and is commonly used to reduce pain and sleeplessness. Godfather OG has a strong aroma with undertones of grape. According to Leafly, this strain may have THC levels up to 28%. If you’re okay with some tiredness, Godfather OG (also known as “The Don of All OGs”) might be a wonderful way to de-stress.

Chemdawg, according to cannabis price comparison platform Wikileaf, has a THC concentration of between 15 and 20 percent. This strain, whose precise origins are unknown, is characterized by medium-sized buds and long, tapered flowers. Chemdawg is also recognized for its strong musky odour and pine fragrance. After taking in this strain, you may notice that your senses have become stronger quickly. Chemdawg is more effective at reducing tension and anxiety than it is at promoting sleep. 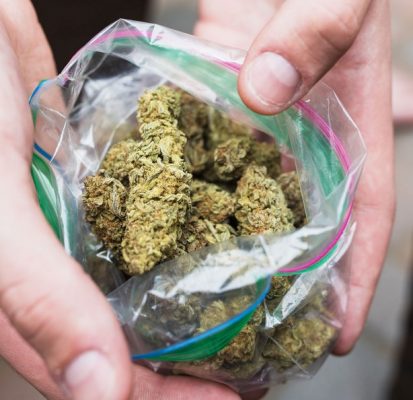 The aroma of Irish Cream is distinctively floral and sweet when cured properly, with a strong fragrance and the scent of flowers. It’s made via a backcross of Mighty Irish Hope. According to Allbud.com, Irish Cream has between 16 and 17 percent THC and roughly 1% cannabidiol (CBD), another psychoactive chemical present in cannabis that alleviates anxiety and depression. This strain may leave you feeling calm for hours on end while also producing a powerful sense of euphoria.

Another indica-dominant strain, the White Tahoe OG is also known for its pungent fragrance due to the high amount of caryophyllene (chemical compound, C15H24) inside. It has a citrusy taste as a result of its low limonene content. The White X Tahoe OG cannabis strain and an unknown Girl Scout Cookies cut are used in the production of White Tahoe Cookies.

Strawberry Banana is a narcotic known as “Strawnana,” which has THC levels of up to 23 percent and produces lots of resin. Strawberry banana will make you feel incredibly relaxed and happy, and it could even stimulate a sense of creativity and curiosity in problem-solving. It has a strong citrus aroma, although it can also have a slightly herbal and pepperminty scent. Strawnana’s high develops slowly like other powerful indica-dominant strains, growing gradually stronger over time.

Platinum Cookies are a cross between white tahoe cookies and skunky earthiness. This is a highly valued medical strain that people use to treat a variety of ailments, including stress relief. When you’re feeling wound up too tightly, take a step back. A handful of Platinum Cookies will silence your stress to the point where it sounds like an earthquake, allowing you to focus on finding a solution instead of dwelling on it.

The flavor of Grape Ape is comparable to that of grape soda. It’s bubbly and effervescent and relieves joint aches and pains after washing away your woes. This strain is commonly used by medical marijuana patients, but many of us can benefit from a good pain reliever on occasion. Grape Ape is just as effective against soreness post-workout as it is for chronic problems.

Wedding Crasher is a lovely and delicious cross with vanilla cake and sweet wine flavor nuances. That alone is enough to persuade you to try it. The effects of this strain produce a calm, uplifting, yet concentrated state of mind. It’s the sort of mental energy that allows you to finish a difficult or challenging task with precision efficiency. It’s entirely up to you whether you use it for hanging new wallpaper or playing video games.

If you’re planning to try a powerful cannabis strain for the first time, whether by inhaling or eating edibles, be extra cautious. This is because some strains can produce adverse effects and symptoms such as dry mouth, dizziness, and nausea if breathed in large amounts, such as cerebral palsy. For additional information on strong marijuana strains, see an expert.