Herbal medicines, in particular tinctures, were utilized to cure illness and maintain health long before modern pharmaceuticals existed. Tinctures were a popular sort of herbal medicine throughout the ages.

They’ve been used for at least 6,000 years. In fact, they’re “one of the oldest forms of medicine known to man,” according to Dr. Jeff Chen, the founder of the UCLA Cannabis Research Initiative and Radicle Science’s cofounder and CEO. Cannabis tinctures are a popular technique for consuming marijuana products these days, whether for medicinal reasons such as pain alleviation or simply for the high. Tinctures are one of the most popular ways to consume cannabis. There are a few types of CBD tincture and THC tincture, depending on your goals. How you take it (and how you make it) may have an impact on how you feel.

What is a tincture? 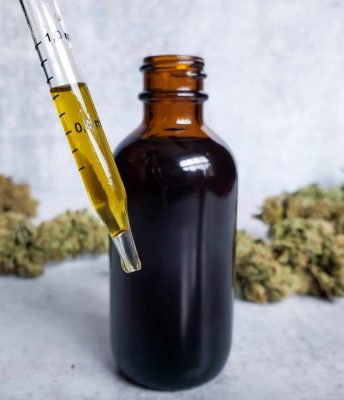 They are simple to create and have a long shelf life, making them a convenient choice for cannabis use, particularly for individuals who don’t want to smoke.

Edibles and tinctures are both taken orally, which implies they go through the body before reaching the circulation and produce a delayed onset of effects, generally 30 minutes to an hour. However, if you place a tincture under your tongue, it will be absorbed directly into your circulation.

When you smoke cannabis, it goes straight into your blood and affects you right away, whereas when you take a pill, it enters your stomach before being absorbed in your body.

Tinctures are generally measured with droppers. This gives you complete control over your dosage, from 2.5 mg to 10 mg to 20 mg and beyond, depending on your requirements.

There are multiple kinds of tinctures:

“The more of the main components there is, the greater the edible or tincture will be,” says Dr. Jordan Talley, Spero CBD’s chief medical advisor.

A marijuana tincture is a dark green liquid that comes in tiny bottles with a dropper, or in pump-style spray bottles. It has a strong cannabis odor and flavor. The tincture could cause a burning sensation to the tongue as a result of the high strength alcohol used in the process.

What are the street names for Marijuana Tincture?

The most popular term used to describe marijuana tinctures is “tincture,” although it’s also known as:

How is Marijuana Tincture made?

Cannabis tincture may be prepared in two distinct ways. There’s a hot technique and a chilly technique, for starters.

The cold approach is the most frequent and traditional technique. The cannabis is encased in a jar filled with a very strong alcohol during this method. It is then shaken every day for several weeks, after which the cannabinoids have been absorbed by the alcohol and the marijuana has been strained out.

The hot method, also known as the “green dragon” approach, is simply an adaptation of using alcohol to absorb the cannabinoids. The major distinction is that heat is used instead of fire. Although many people are hesitant to attempt this technique due to the danger of spoiling the medication and producing a fire risk, the speed with which it works (it takes less than two hours rather than weeks), and therefore it is growing in popularity.

How is Marijuana Tincture used?

The most common method of ingestion for marijuana tincture is via a medicine dropper or pump spray. A typical dose is 2-3 drops or 1-2 sprays, with an intoxication time of 2-4 hours, possibly longer depending on the strength of the solution. The solution is frequently combined with another liquid or ingested as a food additive.

The tincture can also be administered as a compress on a hurting joint or muscle. This technique will often have the side effect of staining the skin green in order to relieve pain caused by arthritis.

How to use tincture

Tinctures are made from cannabis and can be consumed sublingually (absorbed underneath the tongue) or mixed into foods or drinks.

“If you’re using the tincture alone, your body will absorb it at a different rate than if you’re combining it with food,” Chen points out. “You will absorb more cannabinoids if you add it to food or if you have recently eaten, generally speaking.”

Because cannabis has no established dosage instructions, Dr. Chen recommends start with a small dose and consulting with your doctor. Tilray, a Canadian medical-cannabis firm, advises beginning with a 2.5 mg dose and gradually increasing until you feel the desired impact. If you begin to experience undesirable side effects such as paranoia, such as if you took too much , decrease the amount going forward. 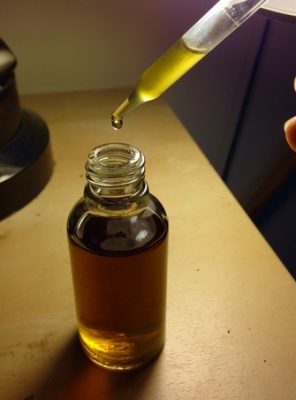 How Does CBD Work in a Tincture?

Despite this, interest in CBD is still strong, with many companies putting out oil-based tinctures to soothe the body and mind. “The endocannabinoid system cannabinoids and terpenes found in hemp extract oil (or CBD oil) regulate our bodies’ existing internal environment, allowing us to adapt to external stressors,” says Koerber. “Because our bodies are designed to naturally absorb these cannabinoids, they are quite effective for a lot of individuals and are referred to as a ‘silver bullet’ solution for improving people’s daily lives.”

Hemp extract oil is most effectively absorbed when combined with a carrier oil, such as MCT or hemp seed oil. “CBD is a fat-soluble substance, and both of these carrier oils contain significant amounts of fatty-oil that the cannabinoids bind to,” explains Koerber. “As a result, they will be carried throughout your body and absorbed by your body.”

What are Marijuana Tincture’s dangers?

The short-term consequences of tincture use, like as those associated with cannabis-related medicines, may include sleeplessness, anxiety, and paranoia.

Many people also have an increased heart rate, anxiety, and panic attacks.

The long-term consequences of cannabis usage can include marijuana addiction. Although cannabis has not been proved to be physically addictive, it can psychologically addicting and abused like any other drug. Some people will become addicted despite the fact that not everyone will exhibit symptoms of mental addiction, such as a continued use of tincture and other edible marijuana products even after their impact is having a negative influence on their life and the lives of those around them.

Tinctures are a popular method of consuming cannabis, and they may be made with only a few components. To avoid unpleasant side effects like anxiety, paranoia, and an increased heart rate while using a marijuana tincture, start with a small amount and increase your dose gradually.