While smoking marijuana, you may become completely intoxicated. It’s as if the rest of the world has evaporated; your eyes are shut due to tiredness; and you’re suddenly hungry for food. A few hits sometimes helps. Have you ever considered eating cannabis? 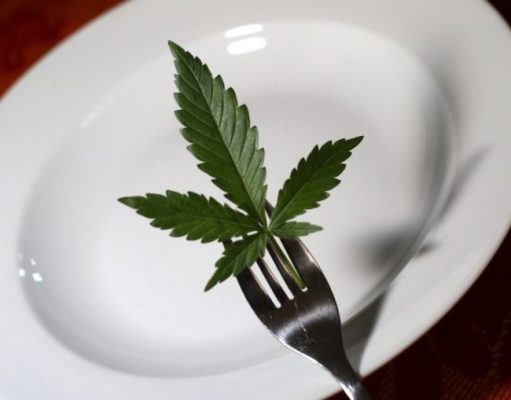 The effects of cannabis smoking are not the same. Some people prefer to smoke joints, while others like edibles. We’re not talking about baked goods infused with cannabis, though. You’ve undoubtedly done it before and know exactly what happens and how feelings differ from those produced by edibles. But for some reason, you think of eating marijuana as if it were a piece of romaine lettuce: this is what happens when you eat too much cannabis.

Can You Eat Marijuana?

Yes, cannabis can be consumed in edibles and other forms. Cannabis-infused meals and beverages have been consumed for thousands of years, dating back to 1000 B.C. Cannabis was used as a medicine in ancient China and India, and it was formally introduced to Western medicine in the early 1800s. Tinctures were given as medicines to cure a variety of ailments including chronic pain and digestive issues.

Edibles, like alcohol, have long been used to relieve tension and provide joy. Bhang has been consumed during Hindu religious holidays such as Holi, which is a celebration of love and color for millennia.

Edibles have been popular in the United States for a long time, with various unique varieties available both lawfully and illegitimately depending on state regulations. Gummies, sweeties, chocolates, capsules, teas, and oils are just a few of the edible marijuana products accessible in legitimate cannabis dispensaries as well as through the black market.

Edibles include meals, beverages, and other dishes.

When eaten in cooked dishes like sweets, tinctures, and baked goods, marijuana is heated to a high temperature that releases psychoactive chemicals. When cannabis is consumed raw, however, it does not produce the same effects since THC is broken down by heat.

Some health specialists believe that consuming raw marijuana may have health advantages owing to the numerous plant components it includes, despite the fact that eating uncooked cannabis does not produce a euphoric high.

However, there is a lack of research in this area, thus the therapeutic potential of raw cannabis remains to be proven.

Cannabis has been consumed in a number of ways throughout history for both therapeutic and recreational purposes, though it has never been smoked. Although raw marijuana leaf may be eaten, it does not produce the same effects as marijuana that has been cooked.

Marijuana has been used to treat a range of ailments for thousands of years and has a variety of medical advantages. Edible marijuana products are now increasingly recognized as a natural therapy in the clinic.

Edible marijuana products are used to treat a variety of medical problems, including chronic pain, cancer-related symptoms, and anxiety. Medical cannabis medicines may be lawfully prescribed in countries all around the world, including Italy Spain Germany , and certain sections of the United States.

Tetrahydrocannabinol (THC) is one of over 100 cannabinoids present in cannabis. THC is the psychoactive component found in marijuana products like edibles and tinctures, which makes people feel euphoric and peaceful. Other compounds found in cannabis, such as CBD, have been shown to relieve pain and anxiety.

The effectiveness of this plant’s potent blend of therapeutic chemicals has made it a popular natural cure for a variety of diseases and pains. Edible marijuana products, such as oils, tinctures, pills, and gummies, are given to people who have cancer to improve appetite and alleviate pain. 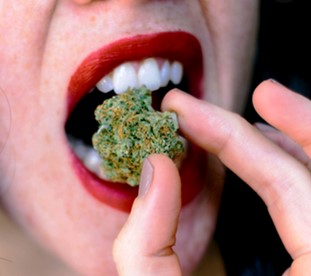 Cannabis has been used since thousands of years and is a strong and flexible medication. Edible cannabis products are given and consumed to treat a range of diseases, including gastrointestinal and neurological problems. There’s a lot of high-quality research on the impact of marijuana use in adults.

Cannabis is a plant that has been used for thousands of years to treat different ailments. However, since it’s illegal under federal law, most cannabis users are unable to find out about the benefits and drawbacks of using cannabis as medicine. Cannabidiol (CBD) appears to have anti-inflammatory properties and might help with pain management by reducing inflammation in the body. Because edibles are such a recent phenomenon, there isn’t much scientific research on them yet.

You start to lose concentration

Just smoking weed or eating an edible can possibly make you lose concentration. But imagine eating raw, straight fuckin’ weed? Some of you may not be aware of how powerful and intense the effects are. It has the capacity to totally redirect your attention away from what you’re doing, leaving you as if you’ve drifted off into space…but not the nice kind!

You’re not sure whether you want to believe in ghosts or gods. This is when your ideas begin to fly. You feel as if you’re trapped in your own mind. You are the only one who hears you; everything else is meaningless to you.

Cannabis is a powerful stimulant that makes you tired. If you eat raw cannabis, on the other hand, you’re likely to pass out quickly. Weed alone has the same effect as eight times THC! You’ll soon be snoozing off.

It’s difficult to keep your eyes open when you’re sleepy. You’re fighting as though you haven’t slept in years, and staying awake is getting increasingly hard. Because the tiredness is genuine, you will certainly fall asleep without realizing it while eating straight marijuana.

Marijuana has the potential to improve or deteriorate your blood pressure. Cannabis has the ability to raise blood pressure rapidly. It lowers blood pressure over time, making you feel calm. The impact of marijuana is increased when you consume it.

If you’re thinking about going vegan for an extended period of time, We don’t think it’s a good idea. If you have high blood pressure, we recommend that you not do this. Overall, We advise against cannabis consumption because your heart rate and blood pressure will both rise when you eat it uncooked.

You start to hallucinate

When you smoke marijuana, you experience vivid hallucinations. A trip may be induced by smoking or eating an edible, but ingesting cannabis alone is a totally different story. You’ll see the trees doing the salsa and an infant speaking flawless Mandarin, and you’ll notice something out of the corner of your eye on every trip.

Many people are well aware of the dangers of marijuana use, which is why they do not abuse it excessively. Cannabis smoking and cooking with it are two methods to unwind after a long day. However, putting everything in your mouth at once may leave you wondering what you’ll feel. It’s also frightening.

This should go without saying. You may become dizzy from anything, including hyperbaric oxygen therapy. And when it comes to eating raw cannabis, the spins will begin! Your body would be unable to withstand the strong impact of unprocessed marijuana, leaving you in a dizzy condition.

So, suppose you’re dizzy and exhausted at the same time. It’s like your mind is on the worst rollercoaster ever. Even if you lay down to stop your head from spinning… It spins on! You can’t prevent it; that part is the most distressing. If being dizzy makes you uneasy, don’t eat cannabis.

You start to hyperventilate

Some novice smokers, on the other hand, genuinely panic and hyperventilate. Because they haven’t become acclimated, their bodies react differently than those who smoke on a regular basis. They panic, experience noises and a racing heart, among other things. Even if you’ve been smoking for years, consuming marijuana can produce all of these responses in you.

You’re becoming increasingly nervous, and you can’t seem to get enough air. Your heart rate rises dramatically, and you’re terrified by the prospect of cannabis ingestion. It wouldn’t be able to cope with it.

You can possibly vomit

Finally, while smoking cannabis, there’s a high chance you’ll vomit. Because uncooked marijuana is too powerful for your stomach, you’re puking all over the place. Don’t make the error of thinking that if your stomach can handle edibles, it can also handle edibles. As I’ve previously stated, they’re two entirely different animals.

It’s significantly more pleasurable to smoke or eat dabs. However, your stomach will reject it and force you to regurgitate it. This can also be caused by how dizzy you are. After smoking marijuana, you may feel sick and ready to vomit. If you’re considering ingesting a nug, stick with joints rather than bongs and pipes.