According to the American Sleep Association, 50-70 million Americans have a sleep issue. Many individuals have been given the diagnosis of insomnia, which is a form of this problem.

Insomnia has a variety of symptoms and can be persistent. The latter is when you have three or more sleepless nights each week for at least three months. 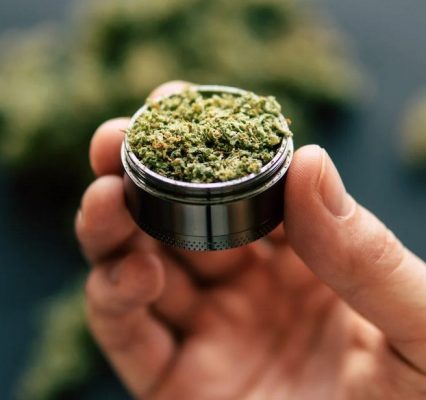 Cannabis proponents claim that the plant has the ability to cure these issues and help people get a good night’s sleep. Is this, in fact, the case?

We’ll go through the science behind cannabis for sleeplessness.

Sleeping problems are the most frequent sleep complaint, with difficulties in maintaining slumber, waking up numerous times throughout the night, or waking up early and being unable to fall back asleep. After their rest, many individuals report feeling restless and nervous.

Sleep deprivation has cascading effects that last throughout the day, as sleep is such a crucial function. Individuals who suffer from insomnia might experience a variety of issues, including:

Insomnia is difficult to cope with, especially when it causes one to be less productive and efficient. According to a recent study, insomnia has a negative impact on work attendance and performance. It also predicts more healthcare spending, which is bad news for both employers and employees.

Chronic sleeplessness has long-term health consequences. It can promote weight gain and other serious medical problems, such as high blood pressure.

Furthermore, sleeplessness frequently accompanies major depressive disorder. As a result, it might form a vicious cycle in which sad people are less sleepy as a consequence of their sadness, leading to even more problems.

What’s the science behind this?

Cannabis contains a chemical called Delta-8 THC, which is a sedative. It’s a sleep-inducing drug. Terpenes, the active components of this plant, have also been found to help you fall asleep. They have the ability to reduce pain and inflammation while also acting as an medicine for the body.

Terpenes activate the body’s GABA system. The gamma-aminobutyric acid (GABA) is an inhibitory neurotransmitter in the brain and body. It shuts off activity in your mind and body to help you relax. It significantly lowers stress and anxiety levels in your life.

CBD relaxes you and helps you fall asleep by alleviating pain and worry. It unwinds your mind and body, allowing you to relax. As a result, it’s easier for you to nod off. CBD increases alertness by preventing daytime drowsiness. This restores your sleep-wake rhythm, which is helpful in treating insomnia. It also does so without making you feel “high.”

There are a number of standard therapies available for sleeplessness today. Cognitive-behavioral therapy (CBT), drug medications (Ambien and Lunesta), as well as behavioral and lifestyle changes, are all examples of this.

Sleeping pills, while beneficial to a select few individuals, are not advised for longer than a few weeks. Furthermore, the side effects of common medicines might include daytime drowsiness and/or an increased risk of falling. Some people are turning to alternative treatments such as acupuncture, while others are seeking for natural cures and supplements that work.

Melatonin and amino acids such as tryptophan are two examples of well-known sleeping aids. Valerian, passionflower, and hops are some popular herbal therapies. Although not all of these natural treatments have much proof to back them up, there is evidence that they work.

So, is it true that cannabis helps you sleep? For years, people have recommended the plant as a sleep aid, but do there exist any studies to back this up?

Insomnia and Marijuana: What’s the Relationship?

The topic of insomnia and marijuana is a sensitive one. Because cannabis is a Schedule 1 Controlled Substance, well-designed research studies on the subject have been restricted in order to evaluate the usefulness of cannabis in treating sleep difficulties.

So, because there isn’t enough scientific evidence on cannabis for insomnia to determine if it is effective, does this imply that it isn’t? Certainly not. It’s just a case of conflicting findings.

Cannabis has been proved in numerous studies to aid in sleep and sleeplessness. On the other hand, several cases illustrate that this may not be the case. We’ll look at a few of them below.

Cannabis and Insomnia: The Pros and Cons

Cannabis use has been linked to both beneficial and harmful effects on sleep and sleeplessness in research.

In 1973, researchers began experimenting on insomniacs with cannabis. THC (or tetrahydrocannabinol, the main component responsible for the cannabis high) was discovered in a research to help people fall asleep faster.

A 2004 research, for example, revealed some intriguing results. It showed that while 15mg of THC was a sedative, 15mg of CBD (cannabidiol) was a stimulant in certain patients, keeping them awake.

A 2008 study found that marijuana reduced REM sleep, suggesting fewer dreams and less vivid ones. As a result, it could be beneficial for people with PTSD. AdequateREM sleep, on the other hand, is thought to be advantageous to learning memory and mood in general.

Cannabis has aromatic chemicals known as terpenes, one of which may help you sleep. THC and CBD are only two of the hundreds of compounds found in cannabis.

Over the last several decades, scientists have learned a lot more about marijuana and now understand it to be considerably more complicated than they had suspected. Aside from cannabinoids such as THC and CBD, the plant contains fragrant components called terpenes. Myrcene and linalool are two sedative-inducing scents that have been linked to myrcene and linalool, respectively.

Finally, cannabis can help relieve pain and other symptoms, suggesting that if pain is a reason for their sleeplessness, users may be more comfortable and sleepy. According to a 2014 research, while the evidence was mixed overall, persons who have condition-related sleeplessness may profit.

Although the effects of marijuana-infused edibles take longer to appear than those of vaping or smoking, they can last much longer. As a result, many users believe that edibles may have a more beneficial impact on sleep problems. This is based on personal experience rather than clinical study. 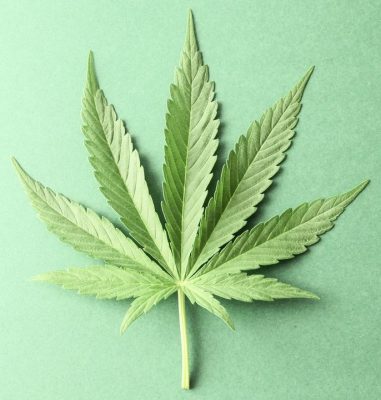 Cannabis isn’t a magical cure-all for sleeplessness. Even if cannabis helps with sleeplessness symptoms, they may reappear when the user stops using it.

According to a 2008 research, chronic cannabis users had poorer sleep quality after quitting. Their sleep duration as a whole and their slow-wave (deep) sleep durations were both lower on the first night of the study, when compared to normal levels. On the second night, they had poorer sleep efficiency, longer sleep onset, and shorter REM onset than controls.

It appears that cannabis withdrawal can result in a rebound effect, with reduced stage 4 sleep and an increase in REM. As a consequence of this, many individuals who quit using cannabis after long-term usage report sleeping problems and vivid dreams.

It’s also worth noting that while both cannabis and alcohol may cause hangovers, they are not identical. Furthermore, just as binge drinking might bring on a hangover, so can cannabis abuse. As a result, smoking marijuana before bedtime might reduce productivity the following day.

Cannabidiol (CBD) is a cannabinoid that does not cause intoxication. It may be an option for those who do not want to get high. CBD, on the other hand, might be a viable alternative to THC for people looking to avoid psychoactive effects. However, there is debate about the topic. , In addition, it appears that while high doses of CBD can make you tired, lower doses can have the opposite effect.

The Truth About Marijuana and Insomnia

Despite this, many people use cannabis as a sleep aid despite the fact that more research is required, and it may be confusing. The issue is that conducting marijuana research under present Federal rules is quite difficult.

From an research standpoint, the impact of cannabis on sleeplessness is uncertain. However, anecdotal evidence suggests that it might help at least in some cases.

CBD oil, which has no THC and is derived from the cannabis plant, might be a viable option for individuals who are unable to obtain legal marijuana. It’s lawful in most states as long as the product is made from hemp with a minimum of 0.3 percent THC content.

What does the research say?

According to numerous research, Cannabis may aid in the treatment of sleeplessness. Here are some of their discoveries:

In 2018, researchers examined the effectiveness of raw, natural medical cannabis buds in treating sleeplessness in a natural setting. Medical marijuana was given to 1056 patients 409 insomniacs for 1056 therapy sessions. Patients’ health significantly improved after ingesting Cannabis flower. Customers have questions about what product to purchase and want assistance from a Nature Bloom member.

The pleasure region of the brain is activated by tetrahydrocannabinol (THC), the mind altering chemical in cannabis. This causes a feeling of euphoria or “high” in the user.

According to a recent research, having a high level of THC in marijuana reduces the amount of dream sleep. Because it occurs while you are dreaming, REM sleep is known as Rapid Eye Movement.

It’s been established that CBD can assist with chronic pain, and it appears that THC limits the goals while sleeping, which is advantageous for those suffering from PTSD. It suggests that as their sleep quality improves, their night terrors lessen. The final result is deeper sleep with less intrusion.

What should you do when cannabis acts as a sleep disturbance?

Cannabis is the only plant that may be used for both therapeutic and recreational purposes. It makes you feel wonderful and increases your spirits. However, to reap the benefits of the strain, you’ll probably have to consume more.

It’s also crucial to comprehend how to set a limit. You might become anxious if you consume too much marijuana at once without having planned ahead of time. As a consequence, your sleep cycle is disturbed, and you experience sleeplessness.

If you find yourself in this scenario, consider participating in a detox program. Detoxification is the process of ridding your body of all harmful chemicals, including traces of marijuana.

It might be achieved naturally or with the assistance of THC detox pills, according to this fact sheet. It is a ten-twelve day cleanse that completely cleanses your body. You may personalize it to your liking.

When these harmful foreign chemicals have been extracted, your natural sleep cycle is restored. Improved sleep quality improves general health and mental well-being.

We’ve gone through all of the evidence and information, and we’ve come to the conclusion that Cannabis might help cure sleeplessness if used correctly. Take no more than the recommended amount since it might exacerbate the problem and cause other health issues.

It’s always a good idea to visit your doctor before using Cannabis as a sleep aid, just to be safe. Given your health situation, they would know better if it would truly help you.

The greater prevalence of cannabis, as well as its legality as a legitimate therapy, can’t be denied. But if we want to really understand the strength of cannabis, there is still a lot more work to be done.

There are two distinct types of cannabis: Indica and Sativa. When it comes to sleep, Indica is considered superior to Sativa. It allows you to fall asleep quickly and wake up feeling refreshed.

Don’t expect any sleep aid to cure your sleeplessness. Sleep medications, including prescription and nonprescription versions, are only intended for use in acute situations. If you have continued sleeplessness, see your doctor or talk to one of our board-certified sleep specialists.