The cause of polycystic ovarian syndrome (PCOS) is unknown. Polycystic ovary syndrome affects between 8 and 20% of women of reproductive age throughout the world. The Huffington Post claims that the percentage in the United States is closer to 10%, but this still translates to 5 million women in the United States alone. It is a distressing and life-changing illness for sufferers, although new research suggests that marijuana may help those with PCOS.

We’ll go through what PCOS is and how medical marijuana might help with it, as well as which strains of cannabis are best for treatment.

Polycystic Ovary Syndrome (PCOS): What Is It? 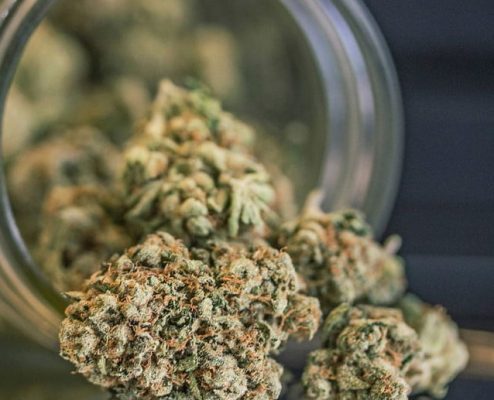 PCOS, in its most basic form, is an imbalanced hormone level in a woman (an excess of male hormones and a deficit of female hormones) that makes it more difficult to get pregnant. Your ovaries will grow larger and possibly contain a number of structures that look like cysts if you have PCOS. PCOS may have a big influence on your life if it is not treated; it might alter your appearance, prevent you from having kids, and even harm your long-term health. It is the most prevalent reason of infertility in the United States.

In the United States, PCOS is the most prevalent cause of infertility.

Despite this, researchers are unsure of the underlying causes of PCOS. The symptoms appear in families, suggesting that the syndrome is caused, at least in part, by a genetic mutation. Chemical or genetic changes that occur in the womb may be responsible for PCOS in animals, according to an animal study from 2016.

Excessively high levels of several hormones known as androgens are primarily responsible for the majority of PCOS symptoms. The ovaries generate chemicals (hormones) that regulate bodily functions. Estrogen is one of the most vital hormones manufactured by women. Androgens, on the other hand, are produced in significant quantities by both men and women, although sufferers of PCOS have an imbalance between estrogen and androgens.

Examining the Symptoms of PCOS

First and foremost, there are three main symptoms used to diagnose PCOS:

However, women with PCOS may also experience the following:

Women who have PCOS live in a state of constant worry, not knowing if they will be able to conceive. It can also cause some people to question their femininity, especially if they are afflicted with symptoms such as weight gain and increased body hair. Weight loss is tough, to say the least, especially because the condition makes you less energetic and enthusiastic.

PCOS has a wide range of symptoms, so the cure you receive will be determined by what is going on with you. Oral contraceptives can help women who don’t want to get pregnant regulate their menstrual cycles, minimize androgens, clear acne, and reduce hair growth. Anti-androgens are other drugs that can be used to treat PCOS; however, they must be taken with oral contraceptives because they cause birth defects.

Estrogens and anti-androgens are two other options, but they must be used with oral contraceptives because they might cause birth defects.

There are medications for people with diabetes that aim to improve the response of their bodies to insulin by stabilizing blood glucose levels and ensuring that they are more responsive to insulin.

There are a number of treatments to experiment with if you have PCOS and can’t conceive. Letrozole, gonadotropins, Metformin, and Clomiphene are examples of common medicines.

Medical Research on Marijuana and PCOS

There have been few if any medical studies on the connection between marijuana and PCOS in women. While there is presently no evidence suggesting that marijuana can cure PCOS, research suggests that it may be useful against depression, which is a prevalent issue among women with PCOS. According to a 2005 study published by Hollinrake et al., female patients with PCOS were more likely to be depressed than the general population.

Cannabinoids may also assist to reduce the incidence of Type 2 diabetes and related health complications. It’s probable that cannabis users have a lower body fat percentage than the overall population, meaning it might be used to fight weight gain. Other advantages of marijuana for PCOS patients include an improvement in bodily pain and worry.

Mr. Nice is a marijuana strain named after the late Howard Marks, a.k.a. Mr. Nice, who was a long-time advocate of cannabis legalization and a cult hero to cannabis enthusiasts all across the world. The Mr. Nice strain is an indica-dominant hybrid with high THC content that is widely regarded as one of the finest pain relievers available today.

Women with PCOS prefer the Mr. Nice strain since it provides short-term relief from the symptoms of the condition. If you’re new to the Mr. Nice strain, keep in mind that it’s a notorious creeper, which means its effects take time to kick in but are incredibly powerful. This strain is also one that will make you couch-locked if you overindulge, acting as both a creep and a sedative in terms of potency.

The Mr. Nice strain provides a pleasant and euphoric high that mellows as the indica effects begin to take hold. This strain’s soporific properties make it ideal for late-night or nighttime usage rather than daytime use.

This strain is a great option for individuals suffering from PCOS since it can help them lose weight and reduce inflammation. This plant has less than 1% of the psychoactive phytocannabinoid found in cannabis, tetrahydrocannabinol, more commonly known as THC, making it a wonderful “cure” for PCOS. The low THC content of this strain makes it possible for its users to reap all of the medical benefits without experiencing any mind-altering effects.

This strain’s low THC concentration allows users to receive all of the therapeutic advantages while avoiding any mind-altering effects.

While the THC content is quite low, samples of the Remedy strain have been documented to contain CBD concentrations as high as 15 percent.

The Remedy strain, like the Mr. Nice strain, is an indica-dominant variety (75:25). It’s a popular medicinal marijuana option and is used to treat a wide range of illnesses, including stress and anxiety as well as headaches and migraines. This strain has been reported to be beneficial in relieving the symptoms of PCOS in women by reviews conducted by women with PCOS. 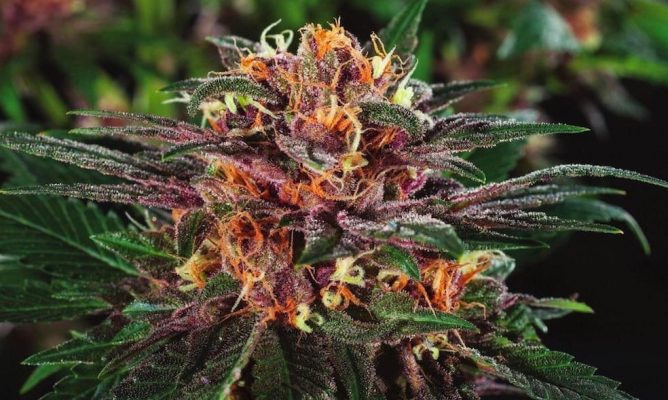 The Granddaddy Purple strain, often known as Granddaddy Purps, was created by Ken Estes, the modern-day “Medicine Man.” Estes is a well-known and respected cannabis breeder who has overcome significant obstacles in his life.

Estes was severely injured in a motorbike accident when he was just eighteen years old in 1976. He remains disabled from the waist down as a result of the accident, which occurred on August 9th, 1976. Estes became friends with a group of Vietnam veterans who shared their cannabis with him while recuperating from his injuries. His appetite returned, and he discovered new energy and motivation to focus his attention on healing his mind, body, and soul.

After that, the rest, as they say, is history. Estes went on to become a well-known cannabis breeder after that, and Granddaddy Purps is undoubtedly the strain he’s best recognized for.

The Granddaddy Purple strain is a very potent cannabis variety that can have THC levels as high as 23%. The effects of this drug are rather strong, so inexperienced users should proceed with caution. The Granddaddy Purple strain works best in the evening or at night because its indica effects are quite powerful and make people feel sleepy. When you ingest too much, the initial euphoric buzz fades into a deep body melt, leaving you feeling incredibly calm and potentially couch-locked.

Granddaddy Purps can assist with a variety of ailments, including PCOS. It’s commonly used for pain alleviation, but it’s also beneficial for reducing the harmful effects of both stress and sadness. The Granddaddy Purple strain is also great for stimulating hunger because to its sleepy effects.

Another great alternative for people with PCOS is Johnny’s Tonic. This strain is ideal for medicinal cannabis users who prefer strains with less THC and more CBD. You can anticipate an average THC level of between 8-12%, as well as a high CBD level of around 12% with this strain.

The Johnny’s Tonic strain had a positive impact on the symptoms of polycystic ovary syndrome, according to one user:

“I have PCOS that causes incredibly bad cramps, nausea, and dizziness. This not only lessened all my symptoms but gave me the energy I needed to continue about my day!”

Johnny’s Tonic is a high-CBD strain that, in addition to relieving PCOS symptoms, has a mood and energy boosting effect. This strain does not appear to affect smokers’ ability to concentrate on daily chores, making it suitable for daytime usage. If you have PCOS, this cannabis strain may be the “tonic” you’ve been looking for.

The heavy indica-dominant strain is a notorious creeper, so its effects take longer to manifest than the average variety. However, be forewarned that when they do, they’ll slam you right in the face. This strain has a high THC content (around 22% on average), which may be too strong for inexperienced or medical smokers.

If you want to use this strain to treat your PCOS symptoms, start with a small amount and wait for the effects to take hold.

The Death Star strain offers a euphoric high and profound relaxation. This strain has a sedative effect as well, making it popular among insomniacs to help them get some rest. Naturally, this strain is better suited to usage in the evening or at night.

Final Thoughts About Marijuana and PCOS

The strains featured in this post are the ones that users of PCOS have indicated to be helpful in alleviating their PCOS symptoms. These were the strains that women with PCOS found most useful in alleviating their PCOS symptoms. It’s vital to note that some of these strains have higher THC contents and are more powerful than others. If you want to use one of these strains to treat PC OS, start by taking a small amount and working your way up until you determine whether it helps you feel better.