The Chemdawg strain is a strong and popular variety known for its mind-blowing cerebral high. Although it contains a moderate amount of THC, it will rapidly knock you out, making it ideal for people in a hurry. Chemdawg also has an incredibly dank and chemical odor with undertones of diesel and pine. We recommend you to try Purple Sour Diesel.

Chemdawg is without a doubt one of the most legendary strains in cannabis history. It’s a powerful and sativa-dominant hybrid that’s been dubbed “the Bruce Banner” for its strength, causing uncontrollable giggling fits! Chemdawg has earned a reputation as being an all-around great strain, with exceptional taste and effects for its THC content.

Sit back and prepare to be amazed by the wonderful cerebral power of Chemdawg, which has been hiding under a rock if you haven’t heard of it.

What is Chemdawg Cannabis? 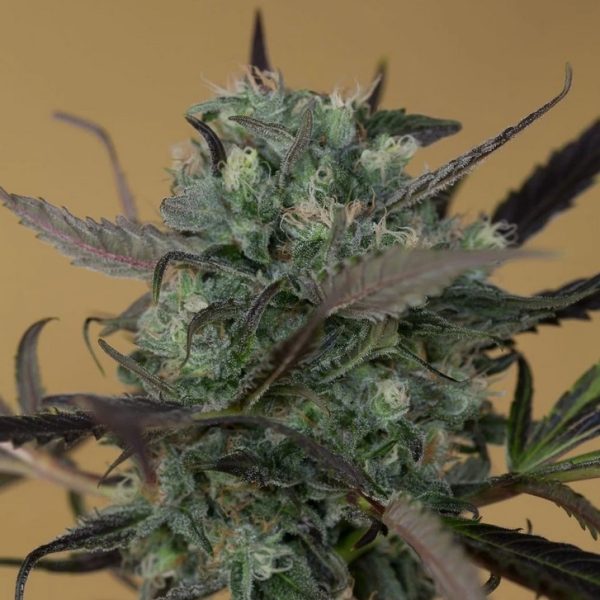 There have been a number of stories circulating about how Chemdawg came to be, but there is no way to confirm them, so we wonder and Chemdawg endures as one of the most perplexing strains on the market.

Whatever your reasons may be for wanting to try Chemdawg, there is one thing that’s certain: this strain has firmly established itself as one of the finest marijuana strains to try if you have a passion for it. With THC levels ranging from 15 to 20 percent, this hybrid is quite powerful, although its amazing scent and quick-acting effects are what attract us the most.

This strain is considered a sativa-dominant strain and is one to try if you like a talkative, get-things-done type of high. However, before diving in, be prepared because this plant can be quite powerful, so new users should avoid it!

Chemdawg has been the parent strain of numerous famous buds, including Sour Diesel and OG Kush, both of which are powerful pot strains in their own rights! However, as we previously said, no one knows where Chemdawg came from; some people think it originated at a Grateful Dead concert when a complex seed swap occurred, while others believe it is the offspring of a Colorado strain known as Dog Bud.

The Legend of Chemdawg

We do know that this delectably potent bud is a cannabis mainstay for the serious marijuana user, and it has dominated the US cannabis industry for decades.

Chemdawg was purportedly created via a cross of Kush, Hash Plant, and Northern Lights, although the strain’s origins are obscured in mystery and dispute. The birth of Chemdawg begins with Joe Brand, also known as Wonkanobe, and his friend Pbud from Colorado. They went on tour with the Grateful Dead using a pound of marijuana they dubbed Dog Bud because it was so powerful that it made you roll over like a dog according to Pbud. In 1990, a huge underground pot bunker was busted in which it is claimed that Thai, Hashplant and Skunk were used to breed Super Bud. They also gave it the humorous name Chemweed because of its gasoline/chemical-like scent.

From a TV show, one of Wonkanobe and Pbud’s clients fell in love with the Chemweed and rushed back for more. He became pals with Wonkanobe and Pbud, then combined their names “Dog Bud” and “Chemdawg,” which eventually evolved into Chemdog, the grower rather than the strain. After the Grateful Dead tour ended, Chemdog stayed in touch with the growers, and they sent him two more ounces of the original “Dog Bud.” One of these ounces had thirteen seeds, one of which was a male that he could have used to grow more amazing cannabis cup winning ganja and which he still regrets throwing out. He dubbed the remaining three plants Chemdawg 91, Chemdawg a, and Chemdawg b. Chemdog and his girlfriend planted one of the original thirteen seeds in 2001. Chemdog rekindled his friendship with Wonkanobe and returned him four of the six remaining seeds, the fourth of which was dubbed the reunion pheno because it was most similar to the “Dog Bud” strain first found by Chemdog. All of the Chemdawg marijuana in the world originally came from one of those five original plants, and Chemdog still has two un-sprouted seeds hidden away in his collection.

The first thing you notice about Chemdawg is its fragrance; think of a burning chemical and diesel combination, and you’ll be close to the potency of Chemdawg. The earthy notes combined with a diesel-like scent make for a extremely musky strain that will either thrill or annoy you!

Chemdawg’s growth pattern is comparable to that of other female cannabis plants. Apart from its lovely lavender scent, it is not harmed in any way. It has the ability to grow tall and produce long, tapered buds with the potential to grow over three feet tall and have medium-sized buds. The leaves are a stunning bright green color with sticky trichomes that give off a silvery sheen. Attractive burnt orange pistils dot the plant, making it an appealing choice for growers at home!

If you can make it through the overpowering, hard-hitting aroma, the Chemdawg flavor will undoubtedly come as a surprise – with a super strong diesel fragrance that has undertones of pine and a mild tang, it is unquestionably a taste treat! 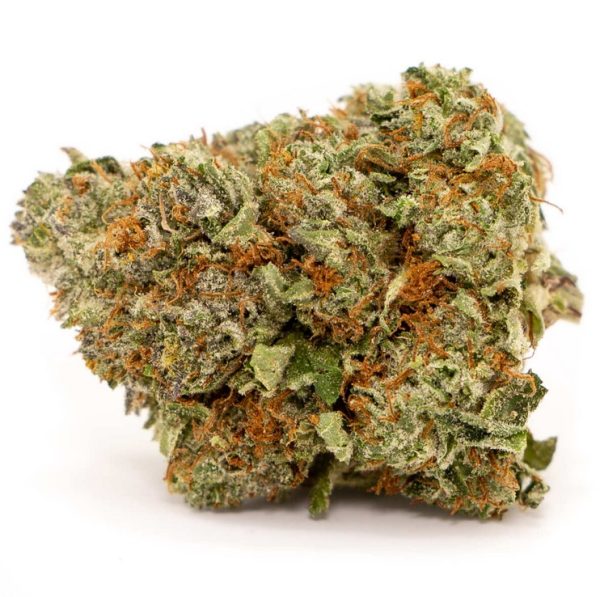 Chemdawg is a strain that may be difficult to grow because of its high-climbing reach. We probably wouldn’t suggest Chemdawg to the novice cultivator, since it demands significant maintenance due to its high climbing ability. However, if you want a challenge and have the time to complete it, this may be an excellent project strain for the inexperienced beginner.

Chemdawg is a tall, fast-growing plant that may reach over 5 feet in height when cultivated indoors away from excess mold and mildew. To maintain it at a manageable height, it’ll need bending and pruning early on during the vegetation period.

Chemdawg is a wonderful plant to grow from seed, with a flowering period of 9-10 weeks and a good yield of 65-75 grams per square foot.

Please note that Chemdawg is extremely strong, so a word of caution should suffice. If we haven’t made it obvious yet, Chemdawg is quite powerful! Consider some aroma control methods if you live in a residential neighborhood with nosy neighbors when growing Chemdawg.

Chemdawg’s reputation is based on its effects. The mental aspect of Chemdawg can last for hours, allowing you to zip through your to-do list in no time and have extra time to spare! Chemdawg has often been the source of many earth-shattering debates (seriously!) and is frequently used as a conversation starter.

Chemdawg has a wide spectrum of health benefits, ranging from medicinal to recreational. The cerebral and energetic energy is excellent for combating mental issues such as stress, PTSD, anxiety, and depression, while the physical relaxation is great for pain and migraines. This is an excellent all-rounder for people seeking for a powerful high.

Chemdawg can cause dizziness in some people, but it’s generally considered a mild and smooth whiskey. Some consumers say that Chemdawg has an disorientating effect at first, so we recommend beginning with small amounts and gradually increasing them. The hyper-awareness should come on quickly after that, allowing you to get your productivity back in full swing.

Possible Side Effects of Chemdawg

Aside from the disorientation caused by the high levels of THC, Chemdawg has also been linked to paranoia when used in excess, particularly in people who have mental health issues. We would always advise caution for anybody who is new to cannabis, and even seasoned smokers should use caution with the THC content here.

Chemdawg has a similar effect on the eyes and mouth as most cannabis strains, so keep some beverages on hand! Chemdawg is also likely to produce dry eyes and a dry mouth like other cannabis breeds; therefore, stock up on the drinks!

Chemdawg is a strong marijuana strain, and while it may not be for everyone, we think you’ll enjoy it if potency isn’t your thing. Chemdawg, on the other hand, might be avoided. If you’re looking for a potent strain that won’t put you to sleep, try Wookie’s Wonder or Pussy Power instead.

Let us know if you’ve ever tried Chemdawg, and what your thoughts were. If you haven’t yet given it a go, what are you waiting for?