Honey Oil: What it is & How it’s Made - Buy Weed Online GasDank | Canada's Best Online Dispensary Skip to content

The term “honey oil” is a popular name for hash oil, which is a potent cannabis concentrate. Its amber color and honey-like texture are attributes that led to the name. It may be smoked, applied to your skin, eaten, or most often dabbed with.

What is Honey Oil?

Honey oil is often referred to as hash oil or cannabis oil, which is amusing since it doesn’t appear to be an oil.

To make a long story short, it looks and tastes more like honey than any other food I’ve ever tried. This is due to its thick, sticky, and almost syrupy texture. It’s produced via solvent extraction, which sounds more complicated than it is.

The procedure is really straightforward.

Some sort of solvent is used to remove the trichomes from the cannabis plant, usually ethanol, chloroform, carbon dioxide, or more often butane. BHO, or Butane Honey Oil, is a term that refers to when butane is utilized. 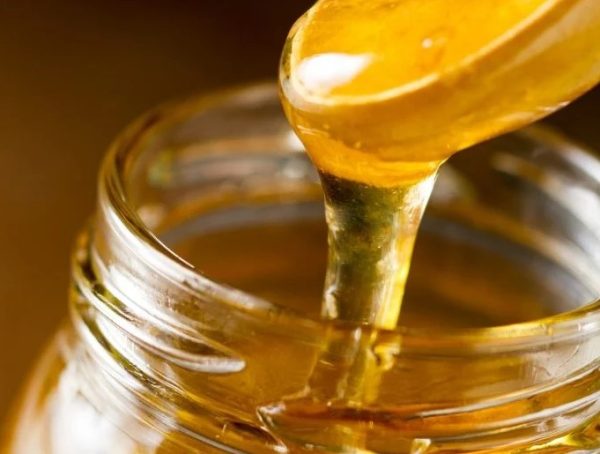 The main benefit of this technique is a much stronger level of THC than smoking can provide. Depending on how it’s used, the potency ranges from THC levels to flavor and scent.

How honey oil is made

There are a variety of methods to produce this marijuana concentrate, some of which are more difficult than others.

Honey oil is made by combining cannabis buds with a high-proof alcohol (think as Rick Simpson). There are a few various techniques, including heating the buds in a double boiler and stirring them, as well as soaking the buds in alcohol and letting it evaporate over time.

Under no circumstances should you use hazardous-for-consumption alcohol for this technique, and if you’re going to do it at home, double-check the procedure.

Butane is a popular way to extract honey or hash oil from cannabis plants. Butane Honey Oil is made by filling a long tube or pipe with marijuana and then adding butane. The cannabinoids are extracted into a thick goo known as BHO as a result of this process. We don’t suggest attempting to make BHO at home since it might be hazardous or even fatal if done incorrectly.

Dabbing is gaining popularity due to the high concentration of THC in honey oil. Other uses include adding some to a joint for smoking or eating it like a food, but dabs continue to be popular.

The material is also useful for triggering wax and shatter, making it easier to dab with. Shatter is produced from tiny glass-like sheets that are simple to work with and not very messy. Wax can be soft or firm, depending on the manufacturer.

Honey oil is a highly concentrated form of cannabis that can produce higher highs than a regular joint. So, if you have a high tolerance, honey oil might be an excellent choice for you to obtain the leisure buzz you desire quickly.

Honey oil can help medical cannabis users, particularly those who have been using it for a long time. Medical patients should not be penalized as a result of their tolerance increasing. Honey oil is capable of providing a large dose of cannabis in just a tiny quantity.

Can I make Honey Oil at home?

Although most of the honey oil-making processes are completely safe, do not attempt to utilize butane as a solvent at home. Butane is a highly volatile and even explosives when misused, so it must only be handled by experts.

Honey oil can also be produced using a non-solvent technique. Ice water extraction is referred to as winterization in this instance.

You dissolve marijuana buds or material in ice water and chill it, generally alternating layers of ice cubes and plant, for roughly 10 minutes. With a little mixing and pressure, you may remove the resin glands from the leaf substance. It may be drunk as is or filtered.

The honey oil is then filtered and you’re left with the nectar!

This will result in a fully pure product, with no chemical residue or impurities.

If you want to make it at home, you might wish to look into a more in-depth tutorial, but that is the basic idea behind how it’s done.

Naturally, the most popular method to acquire honey oil is from your local marijuana dispensary. Many dispensaries will provide a wide range of product options, including BHO, honey oil produced from ethanol and other substances.

So, even if you don’t intend on making it yourself, learning how it’s produced might help you make informed decisions about honey oil purchases.

Honey Oil vs Other Concentrates

The types of concentrates available have only continued to grow over the last 15 years. Shatter, wax, budder, crumbles, pull-and-snap, crystalline, resins, and oils like honey oil are just a few examples of what’s out there.

What’s the difference between them? Is one superior to the others?

There are several significant distinctions between them. Let’s look at a few of them in detail:

Because of their strength, they are often sold in little amounts, so getting a tiny amount of everything may be the best option. And if you’re looking to branch out, honey oil’s capability to produce shatter and wax makes it a very appealing purchase!

Honey oil is a flavorful, potent cannabis extract that’s made from cannabis. Making it with alcohol at home isn’t difficult, but making it with a solvent like as Butane is not advised. Honey oil can also be acquired through a dispensary.

Whether you’re using cannabis for medical or leisure purposes, honey oil might be preferable to flower because of its potency.