Jack Herer is a mind-bending lemon strain, and this cake gives off the same delightful taste. Made with hazelnut, Terpinolene, and of course lemon flavoring. 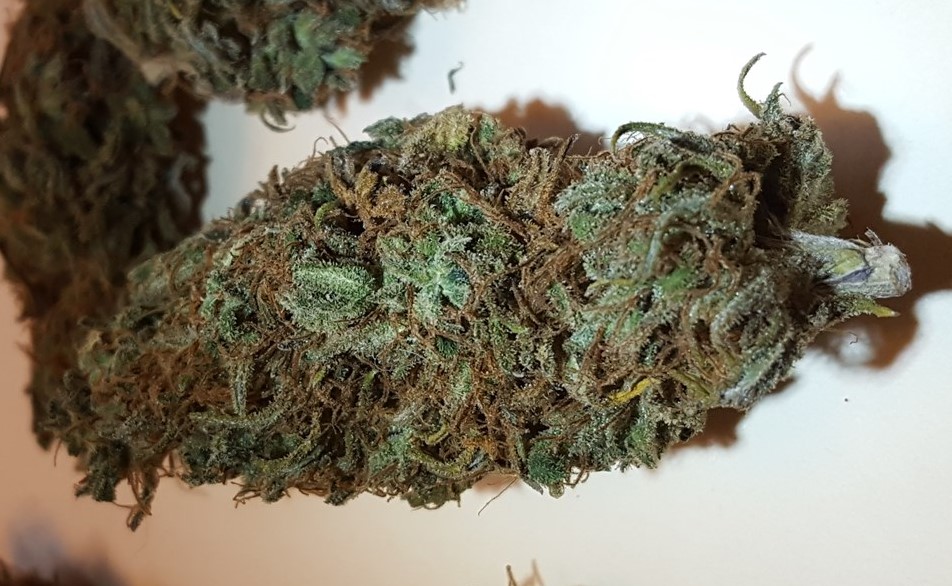 Jack Herer is known for being a slightly sativa-leaning hybrid with potent medical properties that’s easy to cultivate. It has mostly citrusy flavors (with hints of pine and skunk), gives energy, and is perfect for wake and bake smokers.

Given that it has won nine Cannabis Cup awards for Best In-Class Flower, it is only fitting that the Jack Herer weed strain was created to honor one of the most iconic cannabis activists in history.

Jack Herer was an individual who fought for hemp and marijuana legalization before it was even considered a possibility in the U.S., which is something to behold.

In the same way that Jack Herer (the man) changed the world of cannabis consumption, so too has Jack Herer (the weed). Bred as an appreciation to weed mogul Jack Herer (author of The Emperor Wears No Clothes), this beloved cannabis strain has truly become a global favorite.

The Sensi Seeds team in the Netherlands did a great job of replicating Herer’s personality and historical legacy, infusing his optimistic attitude and boundless energy into a cannabis strain that has broad consumer appeal.

The Jack Herer strain has had a profound impact on the cannabis world; it’s given rise to numerous popularized strains, including Jack Skellington, Jack the Ripper, Critical Jack, and Jack’s Cleaner. All of these strains were developed from the OG (original)Jack Herer.

Named after Jack Herer, a late and legendary figure in the cannabis community, this namesake strain is the best way to celebrate him.

Jack Herer weed has a delightful, old-forest like smell that is skunky and earthy. You can practically feel the effects of nature when you inhale it. After the initial sensation, expect Jack Herer to provide piney and woodsy undertones with a eventually dank odor from its Skunk ancestors.

Jack Herer weed’s initial notes are citrusy-spice, with lemon and orange bursts exposing themselves through the strain’s complex blend of aromas. Flavor-wise you can expect similar notes to the flower’s aroma, with an added underlying sweetness that leaves your tastebuds happy.

Furthermore, you could sense some sudden tastes on your tongue that resemble an herbal flavor, perhaps similar to one of your preferred leafy green teas. The Jack Herer strain is unique in the fact that it produces the typical ‘sativa reaction’ in both body and mind; however, the hybrid effects are more visible after indulging in a few drags from this crop.

Moreover, Jack Herer excels in producing great quantities of resin, making it a gleaming strain whose buds look like diamonds when glistening in the light. This then causes keen Marijuana users who want this ‘frost’ to drool with delight.

Jack Herer’s water leaves are usually a deep forest green, which may be due to the old-forest scent of pine and earth that it provides. The strain’s sugar leaves tend to be sagey green primarily, with coiled orange hairs (pistils) in between a garden of green, creating a sharp contrast in overall hue.