Has the weed of today become more potent than it was 60 years ago? We investigate this claim by looking at what has changed and stay about cannabis‘ potency.

Not simply clothing and music, but also cannabis has evolved dramatically since the groovy 1960s. Nowadays, there are a variety of legal marijuana dispensaries that provide different potencies of the drug than before. But have you ever asked yourself what the difference is between today’s marijuana and what was accessible back then? Continue reading to learn more!

Is Marijuana Stronger Than It Used To Be?

Yes, today’s cannabis is considerably more powerful than the marijuana your parents and grandparents used to smoke. While prohibition has kept the entire cannabis industry underground for decades, it hasn’t prevented cannabis geneticists and growers from making significant enhancements in increasing marijuana potency.

Over the last 40–50 years, the strength of cannabis has skyrocketed (more than 300%) owing to a variety of factors, including consumer demand, new cultivation methods and technologies, and more.

The September 2019 edition of the US National Center for Natural Products Research’s quarterly Potency Monitoring Program featured a comprehensive review of cannabis potency, conducted by the University of Mississippi School of Pharmacy. In total, 486 specimens were analysed; 477 dried and cured cannabis flowers, and 9 more potent hash oils.

Every sample was tested by gas chromatography (GC) for THC content as well as for secondary cannabinoids that add to the chemical profile. CBD, CBN, delta-8-THC, CBG, and THCV are examples of these compounds. The study also compared these samples’ potencies to the overall number of samples being tested since 1995 (which included 56949 cannabis flower samples, 888 hashish samples, and 468 hash oil samples).

The potency of cannabis has been steadily increasing since the mid-1990s, according to this study. The average THC proportion of all samples in 1995 was about 3.5%. By 2005, THC concentrations had climbed to around 7%, and by 2018, they had reached almost 15 percent. 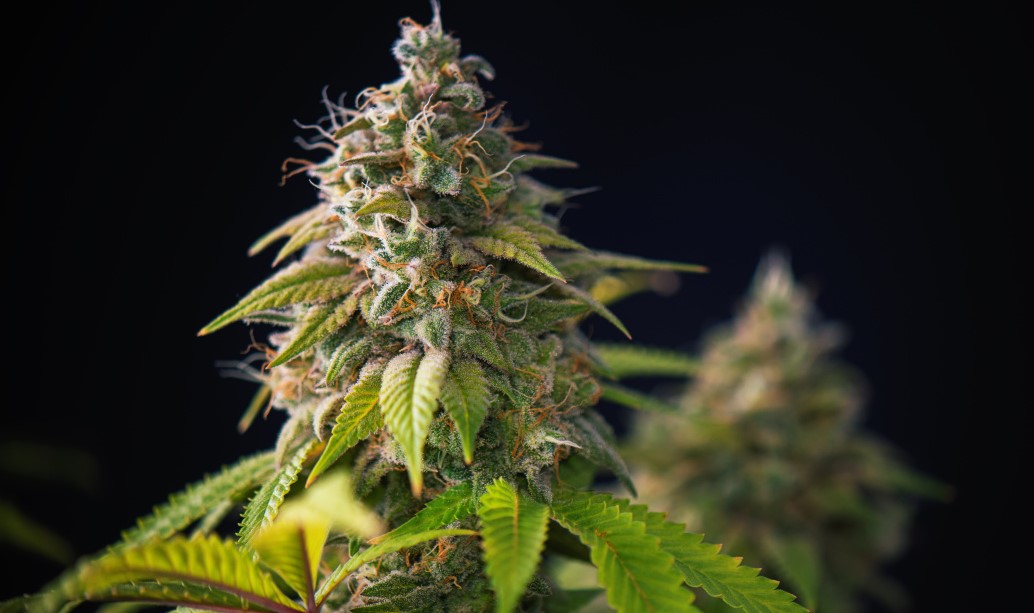 Cannabis has evolved dramatically in the last four decades, and not just in terms of the amount of THC it contains. Fortunately, the legalization movement and our changing views on cannabis have allowed for research and reports that have greatly bolstered our knowledge of this illustrious plant.

We also found that by combining CBD with THC, we could create unique cannabis formulations to treat a variety of ailments. As we began to learn more about cannabis and the different ways in which it interacts with our bodies, we discovered there was much more to it than just THC. As a result, cannabis has evolved not only in terms of THC quantity, but also in terms of other components and cannabinoids, particularly CBD.

As a result, the market has seen a continuous rise in cultivars with various CBD:THC ratios, particularly those with a 1:1 ratio.

We don’t deny that modern cannabis is considerably more potent than marijuana from the 1970s, 1980s, 1990s, and 00s. However, we also think it’s worth noting that cannabis testing has evolved dramatically over time.

Today, cannabis is cultivated in the United States as a result of the expanding legal recreational and medical markets in states like California, Colorado, Nevada, and others. This means that samples are now much fresher than they were 30-40 years ago when most of the world’s cannabis was produced in Colombia and Mexico. THC levels in cannabis samples have been shown to gradually decrease over time, and more rapidly when exposed to air or light. Therefore, it’s highly likely that cannabis samples from the 1980s and 1990s would test lower in potency if they were examined months or even years after harvest.

What Has Caused Cannabis Potency To Increase Over Time?

We are of the opinion that cannabis potency has significantly improved over the last 50 years, not just because of data from the US National Center for Natural Products Research Potency Monitoring Program and similar studies, but also because we understand how much cannabis breeding and development have transformed in recent decades.

While at the same time, we believe it’s essential to understand any variables that might affect the data being presented.

A Note on the “Iron Law of Prohibition”

The Iron Law of Prohibition is a phrase used in many debates about marijuana potency. The idea that the prohibition of cannabis, or any other substance, leads to drugs becoming more potent and concentrated has been around for quite some time.

Cowan stated that cannabis producers naturally seek to create more potent products since they gain a higher price and avoid detection by the government, which is propelled by prohibition.

According to Cowan, cocaine and heroin became more popular than their counterparts (coca leaves and opium) because they were easier to smuggle and fetched a higher price.

How Sinsemilla Growing Changed the Game

Although Cowan’s Iron Law is definitely intriguing, we believe that other factors are more likely to have driven the large shift in cannabis potency over the last four to five decades.

The cannabis plants grown fifty years ago would not pass the quality standards of today – even by hippie standards. The buds were usually smaller with less resin, and more seeds, leaves, and stems than we tolerate now. That’s because sinsemilla (seedless cannabis for smoking) hadn’t been invented yet; nor the indoor installations that produce higher yield plant matter.

Instead, the majority of the cannabis your parents and grandparents smoked was most likely cultivated outdoors in Colombia, Mexico, or Morocco (which were some of the largest cannabis-producing nations at that time).

To help with shipping and to go undetected, the people who ran the operation would press the plant material into bricks. By the time it got to the person using it, several months had already passed, which caused potency issues. In America and Europe, street dealers didn’t have much knowledge about growing sinsemilla properly, which led to even more problems with lower quality product.

At first, people cultivated cannabis outdoors; nevertheless, by the 1980s,’this’ switched to enclosed grow rooms and tents. The technology for these kept improving since then. Even though we don’t know who initially invented sinsemilla, we are aware that its popularity gradually increased from the 1980s and has greatly impacted how weed is grown today.

Today, we’re in the “golden era” of cannabis. You can get cannabis that’s fresh, seedless, and rich in cannabinoids, terpenes, and flavonoids at a legal dispensary, coffeeshop, or cannabis club these days.

Nowadays, home growers can purchase seeds from different banks online with just a few clicks. This wasn’t possible in the 1960s when hippie growers only had access to bagseed. Also, you can get your hands on top-quality grow equipment for less than €500.

Thanks to the internet, today’s cannabis growers have easy access to information on how to grow bigger, healthier, and more potent plants; something earlier generations could only dream of. 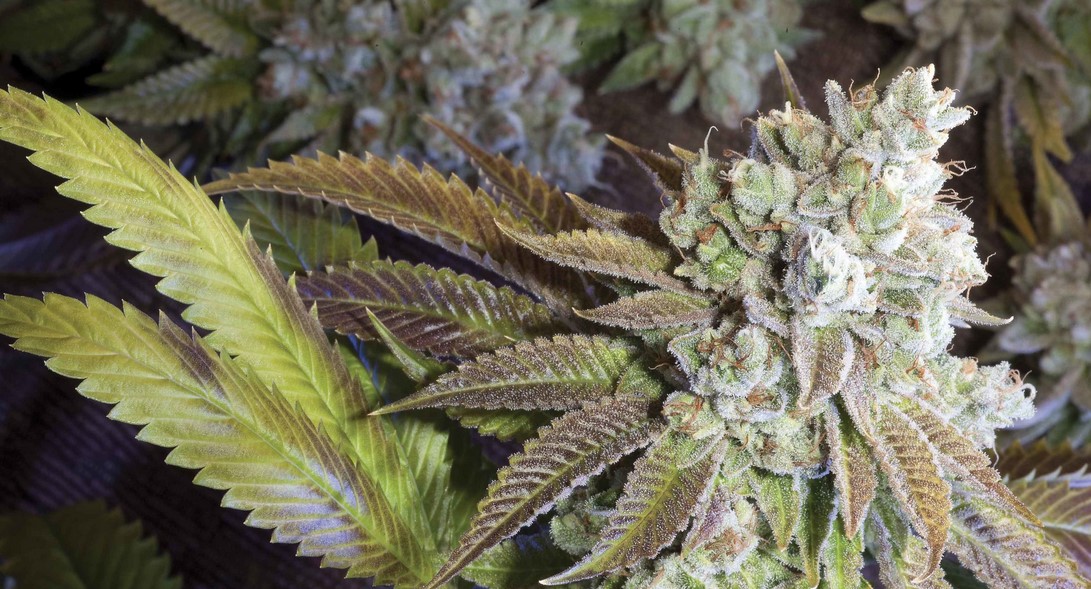 Where We See Modern Cannabis Heading

For many years, people thought that THC was the only important cannabinoid in cannabis. Therefore, most of the cannabis strains grown and sold over the last 30 years have had high levels of THC. However, our understanding of cannabis is improving and this is starting to change.

We’re also making progress in rebuilding our deep knowledge of cannabis, the chemicals it contains, and how they interact with our bodies. As a consequence, we’re seeing a shift among consumer preferences toward those that are balanced in cannabinoids and terpenes.

We’re learning, for example, that while THC is a highly effective and beneficial chemical, it may be overwhelming in high dosages and should be used with higher concentrations of secondary ingredients like CBD, CBG, CBN, and others.

We’re just beginning to scratch the surface of cannabis knowledge. More research is required on this unique plant in order for us to really grasp its potential and how to best incorporate it into our lives, whether for recreational, holistic, or religious purposes. Fortunately, we’re now closer than ever before to determining how important cannabis may play in human existence.