You can make marijuana brownies in your kitchen with only a few ingredients and ease. No longer do you have to worry about store-bought edibles–now, you can bake them fresh at home! By following this simple recipe, you’ll be able to enjoy delicious chocolatey weed brownies in no time!

If you’ve seen any movies mentioning weed in the past few decades, chances are you already know about weed brownies. Even though they look like a regular old brownie from the grocery store, these snacks can hit you hard for hours. At first glance, it might seem like there’s a lot involved in making weed-infused brownies, prompting those uninitiated to visit the dispensary and buy them ready-made. But we’re happy to tell you that making them at home is simpler than you’d think—not to mention more fun!

What are weed brownies?

Did you know that cannabis brownies are one of the most popular ways to consume weed? Infusing food with marijuana gives it a delicious chocolatey flavor that is loved by many. Cannabis brownies are sometimes also called pot, cakey, or space brownies.

Edibles have become increasingly popular since cannabis was legalized. As a result, those who don’t smoke prefer marijuana edibles to achieve the same high as smoking without having to actually smoke. They are also stronger and simpler to make than other cannabis supplements. 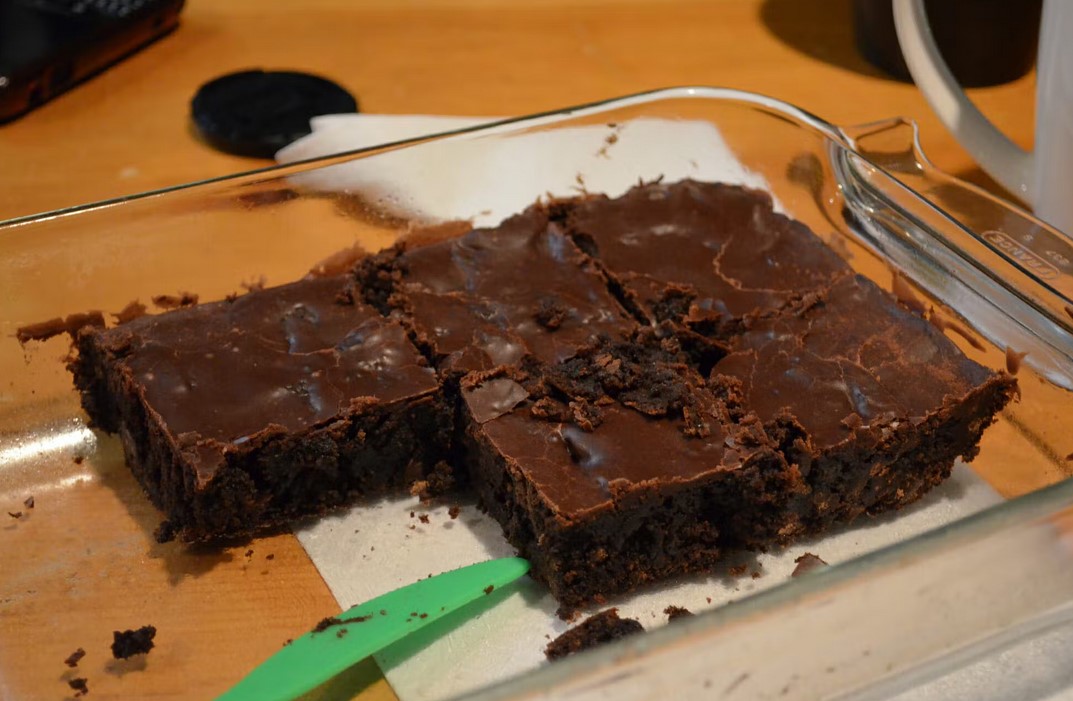 This is a fantastic question to ask yourself before purchasing or using any cannabinoids, particularly for novices. To begin with, you should always check whether marijuana brownies are legal in your area.

For example, some states in the US have legalized marijuana. However, many countries have not legalized its use; as a result, consuming marijuana brownies would be limited in those areas. So you should be careful when using these products containing marijuana.

What are the benefits of a cannabis brownie?

There are many reasons why cannabis-based edibles, like brownies, are becoming increasingly popular. Like other forms of cannabis, they offer various health benefits including pain relief and muscle relaxation. They also don’t come with the same risks to respiratory health as vaping does, making them a safer alternative for people looking to avoid respiratory illnesses.

Another advantage is that marijuana brownies may be eaten privately without drawing attention to yourself. Furthermore, they only require a short procedure to prepare. As a result, this might save you money on store-bought brownie mix. The homemade brownies, on the other hand, lack any additional chemicals; hence they’re extremely safe to consume.

Before you get too excited and start cooking up marijuana brownies, make sure you know how potent you want the cannabutter to be. You can do this by considering the potency of your flower and  the amount of edibles you’re making. For example, if you have one gram of 20% THC bud, that’s equal to 200mg of THC–enough for ten 20mg doses. It’s important to calculate the strength correctly so don’t overlook this step!

You may also use butter or oil to increase the amount of THC in your dish. If you’re not familiar with cannabis butter, check out our blog for a guide. After that, all you have to worry about is achieving an acceptable ratio of butter to cannabis. We also have a recipe on our website that explains how to make cannabutter if you’re unsure how it’s done.

An Easy Recipe For marijuana brownies

We’ve been talking a lot about brownies, so we’re sure you have some things to ask. You might be wondering why you should bother getting high in this manner. Is there anything special about it? Well, there are several reasons for that. To begin, smoking anything, including marijuana, is not good for your respiratory system unless your lungs have not informed you otherwise.

Brownies made with chocolate and cannabis are actually healthier than you might think. In fact, scientists have found that chocolate can help to enhance the benefits of some cannabinoids. And in turn, Cannabis can boost the euphoric effects of chocolate. Plus, both substances are known to be aphrodisiacs – which means weed brownies could be perfect for getting you in a sensual mood!

Even if you just want to get high, brownies may still be a viable option. Do you live in an area where they frown on marijuana use? The most inconspicuous method to get high is probably a brownie. Because who’s going to question someone eating a brownie bite while out in public? Keep in mind that being discreetly high is one thing; being quietly high, on the other hand, is another story. That’s entirely up to you. We only ask that you consume your marijuana sweets responsibly!