Synthetic cannabinoids have grown in popularity over the last decade. These chemicals are sometimes referred to as “synthetic cannabis” or “fake marijuana” owing to their resemblance to real marijuana. They are known by names such as K2, Spice, Scooby Snax, and Mr. Happy. 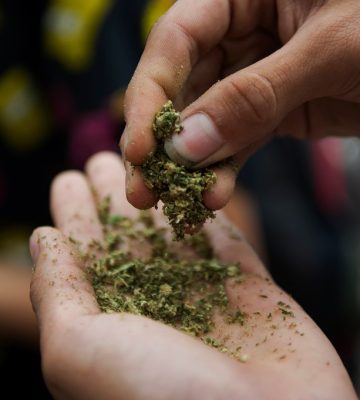 However, regardless of the name, these synthetic cannabinoids have unpredictable and deadly consequences. They come with a significant risk of adverse effects and may also be laced with hazardous substances.

Between March and May 2018, the Illinois Department of Public Health recorded 164 cases of severe bleeding caused by synthetic cannabinoids. Tragically, some of these situations resulted in death. This is just the beginning, as drugs like K2/spice have been on the market for over a decade.

In just one year, after synthetic cannabinoids had become “mainstream,” the number of ER visits connected to those substances grew to over 11,000. In recent years, that figure has skyrocketed.

In this post, we go over everything you need to know about synthetic cannabinoids like K2/Spice. We also explain how you should avoid them and opt for natural cannabis instead.

What Are Synthetic Cannabinoids?

Synthetic cannabinoids mimic the effects of THC, the psychoactive chemical in cannabis. They are part of a new group of psychoactives known as “novel psychoactive substances.”

What Are Synthetic Cannabinoids Made from?

Synthetic cannabinoids are chemicals that are either oils or solids. They’re used to make a smoking mixture by mixing plant matter or dried herbs. These compounds generally mimic marijuana in appearance.

Synthetic cannabinoids are sold online as “herbal incense.” Labeling may say that they’re not meant to be eaten, even though stores frequently market them as “botanical incense.” Users, on the other hand, are generally well informed regarding the effects of these substances. This weak warning is simply a case of manufacturers attempting to avoid culpability.

Synthetic cannabinoids may be marketed in a variety of ways. They are generally identified as “not for ingestion,” yet consumers can still consume them. These items are frequently found in bright colors or psychedelic packaging and are purchased at head shops, gas stations, novelty stores, and on the internet.

Synthetic cannabinoids are highly popular and readily available as a result of this development. This is especially true for younger people who may have trouble obtaining cannabis. In the United States, Spice is the second most popular illicit drug among high school students.

In some cases, you’ll receive a combination of both random and hazardous substances, with numerous instances of rat poison being discovered!

How Do Synthetic Cannabinoids Work?

Synthetic cannabinoids function in a manner similar to natural marijuana by stimulating the body’s endocannabinoid system (ECS). Despite ever-changing external influences, the ECS maintains bodily balance. Mood, mobility, hunger, pain perception, immunity, and a variety of other functions are all influenced by it.

Endocannabinoids are molecules made by the ECS that assist with these functions. These chemicals bind to cannabinoid receptors, which have the ability to produce a wide range of responses.

Synthetic cannabinoids bind to CB1 receptors in a manner that THC does not. This results in rapid and powerful effects, which are sometimes undesirable.

Synthetic cannabinoids may be found in a variety of brand names. K2 and Spice are two of the most well-known varieties. In fact, they are so linked that they are known as K2/Spice and considered as a single entity. The following items are frequently referred to as synthetic marijuana:

Synthetic cannabinoids are legal, which is one of the reasons why there are so many different varieties. Manufacturers alter the chemical structure slightly whenever one of these mind-altering chemicals becomes illegal in order to sell it under a different brand name.

How Are Synthetic Cannabinoids Consumed?

Synthetic cannabinoids are often sprinkled over shredded plant material that has already been dried. You may combine them with tobacco and form a spliff by rolling them together. Some people, on the other hand, consume it using a bong or pipe without any tobacco.

Unfortunately, the research on the adverse effects and hazards of these medications on the human body is quite limited. However, it’s crucial to realize that many of the initial effects may seem like those of THC. This is why so many individuals revert to using drugs again and again – they don’t understand how dangerous they are.

The list of the adverse health effects of synthetic cannabinoids include: 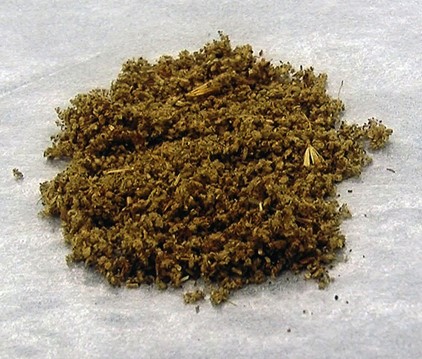 Following cannabis use, many individuals are being taken to emergency rooms with the following problems: a) chest discomfort; b) racing heart rate; c) nausea and vomiting; d) lower appetite.

Synthetic cannabinoids have been linked to a slew of mental illnesses, including psychosis and schizophrenia, according to experts. There’s also a good chance of addiction when it comes to these drugs. Withdrawal symptoms include:

Doctors have linked an increasing number of deaths to synthetic cannabinoids like K2/Spice, as outlined above. Fortunately, there are a variety of much safer alternatives for obtaining a mind-altering experience.

When you buy from a reputable dispensary, marijuana that is naturally produced contains actual cannabinoids and is considerably safer. Furthermore, according to research, 93 percent of individuals who tried both natural and synthetic cannabinoids preferred the real thing. The participants in the study said they felt superior effects, greater functionality, and a longer-lasting high. They also experienced fewer negative side effects such as paranoia or ‘hangover’ symptoms.

The Harm Caused by Synthetic Cannabinoids

The effects of synthetic cannabinoids such as K2/Spice are felt quickly and intensely. Many users have said how their experiences rapidly went from good to bad, with one calling it “unbearable.” Synthetic cannabinoids can sometimes be up to 100 times more powerful than THC.

K2 and Spice have been available for at least eight years. Following their creation, 500 additional synthetic drugs were developed in the years that followed. This was due to the fact that ‘top secret scientists’ altered the recipe to avoid being classified as controlled substances.

Synthetic cannabinoids are hazardous for a number of reasons. One of them is that they are unpredictable. Because the chemical composition varies somewhat from batch to batch, this may not appear to be much of a difference. This may not seem like much, but even minor modifications can make a significant improvement in outcomes. Taking such drugs was likened to playing “Russian Roulette” by one physician.

Furthermore, many of these items include pollutants in addition to synthetic cannabinoids. Benzodiazepines and opioid compounds are two examples of dangerous chemicals that may be included in order to enhance the intoxicating effects of the product.

This implies that you cannot anticipate what to expect when utilizing synthetic cannabinoids. As a result, it is critical to realize that these substances have a lengthy list of potential negative effects.

K2 is also linked to an unkown number of fatalities, although the number is most likely substantial. Aside from the episode in Illinois, over 100 people in New Haven, Connecticut, consumed K2 in two days in 2018. In 2018, Brooklyn had a slew of overdoses, Lancaster County had an overdose cluster in 2017, and Dallas saw an outbreak in 2014.

Humans will think they can improve on nature’s accomplishments whenever nature offers something wonderful. Synthetic cannabinoids do not hold this belief.

Although not everyone may get real marijuana, we strongly advise you to avoid synthetic cannabinoids at all costs. There are alternative methods to get high that don’t involve putting your life in danger using K2/Spice.