What is terpinolene, and what function does it perform in cannabis? Continue reading to learn more about this wonderful cannabinoid.

There are numerous different chemicals present in cannabis that interact together to create the effects. THC and CBD are only two of them. Terpenes are also an important component.

Terpenes are aromatic molecules that give cannabis its unique scent. They’re gaining increasing attention as a key component of cannabis therapy. The entourage effect is a term used to describe the synergy between terpenes and cannabinoids, as well as their own properties.

In this post, we look at one of the lesser-known cannabis terpenes, terpinolene. Here’s everything you need to know. 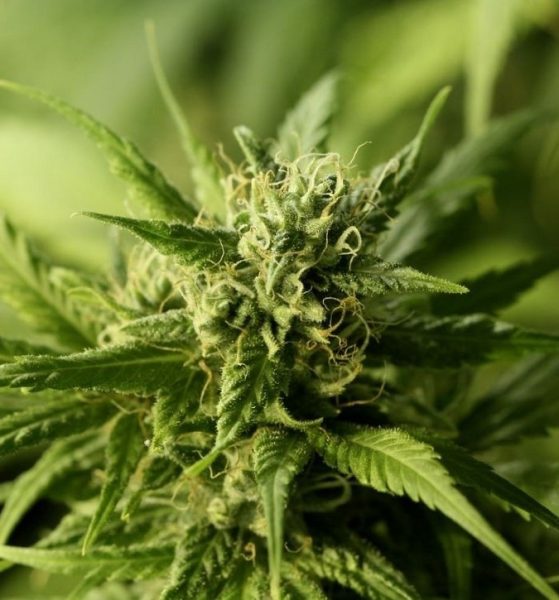 Terpenes are the chemicals found in cannabis that give it its distinct flavor and scent. They also influence the plant’s effects and might distinguish between a strain that is energizing or sedating. Furthermore, terpenes appear to have health benefits.

Terpinolene is one of the many terpenes present in cannabis. Terpinolene, unlike other terpenes such as myrcene and beta-caryophyllene, is quite low in concentration in the plant. Even so, it contains several potentially beneficial qualities that merit further study.

Terpinolene is a monoterpene, which refers to one of the simplest terpenes. It has the chemical structure C₁₀H₁₆ and is liquid at room temperature. It has a sweet, pine-like scent as well as a sweet citrus flavor.

Some common uses of terpinolene include:

In recent years, several medical studies have been conducted to examine the therapeutic applications of this terpene. So, what are the advantages of terpinolene?

Terpineolene has not been studied as extensively as some other cannabis terpenes. Although there have been a few previous studies, much remains to be learnt.

It’s also critical to remember that the majority of present study is based on animal or cell culture experimentation. As a result, little is known about how the chemical affects human physiology.

However, as well as being a sedative and muscle relaxant, it is also thought to have some advantages:

Terpinolene, like other terpenes, has anti-inflammatory qualities. A study conducted by the Brazilian Journal of Medical and Biological Research in 2016 looked at terpinolene’s effects. It assessed the impact of terpinolene in combination with diclofenac, a popular anti-inflammatory medication

Low doses of both drugs were given to rats with hind paw inflammation and discomfort as part of the research. The team discovered that the combination effectively reduced both edema and discomfort in the rats. This finding could have significant consequences in clinical practice.

By improving the diclofenac’s effectiveness at low dosages, terpinolene may help reduce some of the drug’s common side effects. It might, for example, decrease the incidence of stomach problems that patients on long-term anti-inflammatory medication are prone to suffer.

“These data suggest that the connection of clinical medications with natural remedies might be a pharmacological option in clinical practice, avoiding expected adverse effects,” according to the study’s authors.

The antioxidant effects of cannabis terpenes are another well-known advantage, and terpinolene is no exception.

In 2015, a study in Cytotechnology looked at the effects of terpinolene on blood from five healthy human participants. They discovered that low doses have antioxidant activity without being detrimental to lymphocytes (white blood cells).

According to a 2005 study in Phytomedicine, terpinolene prevents LDL cholesterol from being oxidized. This is a process that can lead to atherosclerosis and heart disease. As a result, terpinolene may have some cardiovascular health benefits.

The Journal of Natural Medicines reported in 2013 that inhaled terpinolene has sedative effects on mice. It’s unclear whether it has the same impact on people as it does on animals, but it appears to contribute to cannabis strains’ sedative qualities.

Terpinolene has detrimental impacts on certain insect species, such as the maize weevil, a common pest. It is also poisonous to rabbits in high dosages, and it was discovered in research to irritate laboratory animal skin.

Although terpinolene is partially psychoactive, the fungus appears to be safe for human usage. Direct exposure to terpinolene did not cause any skin irritation or allergies in volunteers. Furthermore, given that cannabis contains small amounts of terpinolene, it is highly unlikely that this compound will cause any problems. 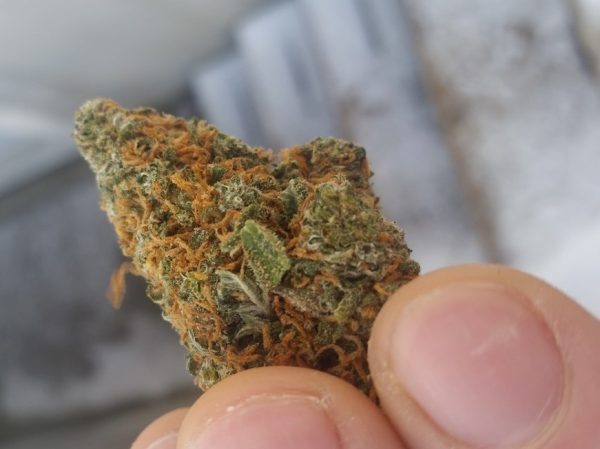 Terpinolene is a minor component of the cannabis plant. Terpinolene, on the other hand, is not as common as many other cannabis terpenes. There are, however, a few strains with good amounts of the chemical. The following are some of the highest terpinolene cannabis strains:

Pink Kush is an indica-dominant hybrid with powerful bodily effects, as popular as its OG Kush parent. Under a layer of sugar-like trichomes, brilliant green buds barely visible under a blanket of sugar-like trichomes burst with pink hairs that have traces of a sweet vanilla and candy scent. Pink Kush is a lot more powerful than other indicas, and even little amounts have been shown to relieve pain, sleeplessness, and hunger pangs. Pink Kush takes 10 to 11 weeks to mature, but the high yields of top-shelf buds are well worth the wait.

The PINK is a balanced hybrid with a 50/50 sativa to indica ratio. Its most distinctive feature is its pleasant pineapple scent and flavor. However, Golden Pineapple also has a substantial 22% THC content, making it potentially too powerful for first-timers.

This strain has been said to help with stress, fatigue and a lack of appetite by consumers. Terpinolene content is 0.95 percent.

The Dutch Treat is an indica-dominant (80%) hybrid with a high THC concentration of 24%. It has a sweet fragrance and a hint of pine. This strain’s medical applications are anxiety and depression relief, sleep aid, and chronic pain mitigation. Terpinolene makes up approximately 0.71% of the mix.

This strain is another well-balanced hybrid with a THC concentration of around 22%. It has a earthy, woody scent and undertones of citrus.

The XJ-13 is a fast-hitting high that users claim can help with stress, sadness, and tiredness. Its terpinolene content is about 0.66 percent.

Jack Herer is one of the most well-known strains in history, with a 55 percent sativa profile and around 21% THC. This classic strain has a flavor profile that includes citrus and pine notes as well as skunky undertones.

Cannabis aficionados use this strain to treat a variety of ailments, including anxiety, depression, and chronic pain. Its terpinolene level is approximately 0.42 percent.

The THC content of Ghost Train Haze is as high as 28 percent! It’s a Sativa-dominant strain (80%) with up to 28% THC! Users adore the sweet, citrusy fragrance of this product.

Ghost Train Haze can help with muscular spasms and cramps for those who can handle its powerful high. Terpinolene is present in about 0.28 percent of Ghost Train Haze.

Other Sources of Terpinolene (Not Cannabis)

Terpinolene may also be found in a variety of other herbs, spices, and veggies aside from cannabis. The following are some excellent sources of terpinolene:

Terpinolene is also present in a variety of trees. It can be found in pine, fir, and tea tree essential oils.

Terpinolene is an uncommon cannabis terpene that has some advantages, albeit not as many as other varieties. It may also help to reduce inflammation and fight oxidative damage, among other things.

Terpenes are clearly an important component of cannabis therapy, and we’re discovering new things about them every day. Although cannabinoid research has overshadowed them for years, researchers are now becoming more aware of terpenes’ capabilities. As a result, we believe there will be additional research on terpinolene and its benefits in the near future.